This week, we lost both the actor Russell Johnson and Playboy Playmate Cassandra Lynn.

Johnson, 89, was best known for his role as “The Professor” on the television show “Gilligan’s Island.” The show, which only lasted three seasons and was criticized during its run, found its revival in future generations after its cancellation in 1967. As a result, Johnson published the memoir “Here on Gilligan’s Isle” in 1993, and has been in numerous reunion films and spin offs throughout the years. 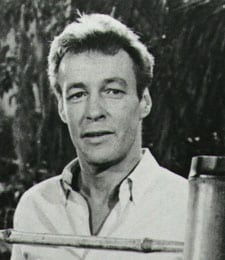 Johnson died of natural causes on Jan. 16 in his home in Washington State, says agent Mike Eisenstadt. He is survived by his daughter, Kim, and second wife, Constance Dane.

While Johnson passed after a long and successful acting career, Playboy Playmate Cassandra Lynn was only 34 when she passed on Jan. 15. Lynn was found in floating in a bathtub at her friend’s house around 9 a.m.

CNN reports that the lab results have yet to be released, but law enforcement suspects an accidental drug overdose.