As I’ve been saying for months now, computers aren’t dying. Now we’re getting into some computer cases that prove this fact.

Today, I want to discuss a little cyber-surgery. It’s not cheaper to build your own computer. I’m not sure it has been that way in this century. Computers are cheap, and there are a lot of them out there. You can get an overstock Dell that serves perfectly as an office computer for around $200 plus monitor.

But BUILDING a computer is one of the primary things that separates us from the tablet era. Tablets are cold hewn, sealed devices that don’t allow tinkering. Computers are living, breathing, organic messes of silicon and copper that beg to be — and often NEED to be — messed with.

And that process starts with a case. Here are my five selections for a computer case for the 2014 computer. 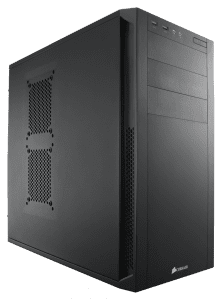 This is your “budget” case. Fairly basic — or is it?

It certainly looks normal enough, but the Corsair Carbide 200R is a piece of vintage computer art in the 21st century. It is made to be played with. There are vents all around, AND ON TOP of it to allow air to flow. It’s small, but it fits all your graphics cards, optical drives, and hard discs.

It lacks the polish and cleanness of wires (no grommets) of a more expensive cases, but that is also part of its charm. 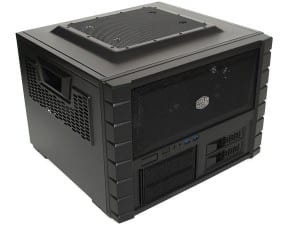 This case doubles as a test bench, but it’s a fine way to build a computer that you actually plan to use every day too.

The beauty of the HAF XB EVO is that it’s so spacious (don’t let the square photo fool you — look how small the USB ports look) that you can do almost anything. It’s the townhouse of computer cases.

Your power supply rests at the bottom, while your motherboard moves to an upper floor of the case. There is enough room for insane liquid nitrogen systems, water cooling, or just plain air cooling with all those vents.

Tom’s Hardware gave the case a very thorough teardown, and rated in a 2013 “Smart Buy.” I say it’s also an intelligent purchase in 2014.

I’ve always had good luck with Rosewill products. It’s a diverse company. One of their products is currently holding my television onto the wall of my living room.

The RS-MI-01 costs less than $50 in most instances, and it comes with a 250-watt power supply installed.

And now it’s time to go big or go home.

This is the computer case that you get to go a little crazy with. SLI, overclocking, RAID. And now I’m just going to list some numbers: 4 external 5.25″ bays. 8 internal 3.5″ bays. Yes, EIGHT. 9 Expansion slots. 3 140mm fans included, with space for many more. Weighs more than 36 lbs. empty.

The case is designed for water cooling. It also combines noise reduction technology with modern cooling design, giving you a rare combination of silent but deadly.

The case is also modular — the HDD cage can be removed when not in use to accommodate better airflow. You can install up to 7 fans. Rubber grommets help hide the cables for better looks and airflow. Noise-canceling panels can also be removed to totally max out the airflow.

This is my choice as the “Best Computer Case for 2014,” with a caveat. It’s huge. I love it, but it’s for people who actually want to build tricked out $3,000 computers. You’re not building a little home theater PC or low-power print server for your home office out of this. You’re shooting something in the head or editing hours of high-def video. 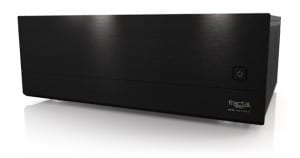 Why does Fractal Design appear twice in this story? Because they deserve it.

THIS is the case you DO want to buy if you’re building a home theater PC. It’s about the size of an audio/video receiver, and it looks more like one than it does a desktop computer.

The case is silent, despite the fact that it includes two 120mm fans. It’s also fairly light at 13 lbs empty. If you’re looking to build a custom multimedia solution for your living room or man/woman cave in 2014, you could do a lot worse.