Let’s call this the calm before the storm. While we’ve already seen some high profile releases this fall like Grand Theft Auto V and Beyond: Two Souls, we’re just about on the cusp of the busy season for video game releases. Next week we’ve got four major releases coming on the same day, but this week, it’s two big releases on two separate days — and both are of the caped variety. Here’s what’s coming this week, and as always be sure to check back with Blast for all of your review os this fall’s hottest games. 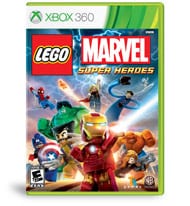 There’s no way around it, we all love the Lego games — they’re easy to play and a lot of fun to go smashing around in. There’s also no way around the fact that the engine is starting to show its age and save for a few neat tricks in games like Lego Batman 2, most of the games have been incredibly similar. Early play time with Lego: marvel Heroes has been solid though and the team at Travelers Tales seems like they’re adding in some new mechanics that could make the franchise feel new again. 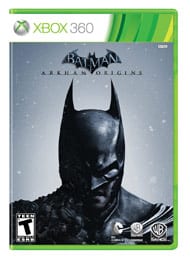 Releasing on Friday because he’s the god damned Batman, Arkham Origins is a prequel to the excellent Arkham Asylum and Arkham City games released by Rocksteady. We haven’t seen much gameplay for Origins and it’s from a new developer but we’re not too worried since it’s based off the same framework of the previous games. Origins features a number of assassins looking to strike it rich by taking out the Batman. Like previous games, new challenge maps and alternate costumes are to be found, and yes, that includes the Adam West Batsuit. Now about that shark repellent.

What are you picking up this week? Let us know in the comments!