For some reason or another, our culture gets enjoyment out of scaring the crap out of ourselves. We care so much about this that we have created an entire holiday for sole purpose of embracing this. So this Halloween, if you don’t want to pay a crazy cover charge at a some club while spending even more to create a one time use costume, grab a twelve pack of Natty Ice, get buzzed with your friends and download one or two of these gems.

A staple of ModDB since it was launched early this year, One Late Night pits you in the shoes of a graphic designer who took a nap on his desk, only to wake up after everyone has left. This has happened to all of us at some point, and few things are as bad as the disorientation you can feel from an ill timed nap. This short game plays with this fear and adds a touch of supernatural to the mix, building on a haunted house feel . With the only thing you can do to escape being hiding, I can guarantee you will jump out of your seat once or twice during the  adventure. Not to mention, it is completely free.

Not a scary game in the traditional sense, One Chance lives up to its namesake. You are a scientist charged with trying to save the world before every cell is destroyed. You have six days. Do you work tirelessly, knowing that time is running out and you might not be able to find the solution? Do you give up early and choose to spend the last six days on Earth with your family, taking in the last bit of happiness your daughter will feel? Do you try to balance both and end up dying alone by your own hand? One Chance makes sure your choices matter. You can only play the game once (so long as you don’t go deleting your browser cache) so whatever mistakes you may have done could be your last. This sense of urgency and gravity is something triple A games have trouble conveying, and One Chance does it perfectly…for free.

Another recent addition to the indie horror genre, Outlast is probably the best looking option you have in this list. Playing as an investigative journalist sticking his nose where it don’t belong, you decide to investigate a mental institution late at night and, of course, end up getting trapped inside. When it comes for cheap scares, Outlast will beat out the rest of the competition, with a constant sense that you will be freaked out every step you take. The puzzles are pretty simple and the use of a night vision camera instead of a flashlight echoes memories of films like Insidious. For only 20 bucks, Outlast will be a game you pull out every Halloween for a couple of years. 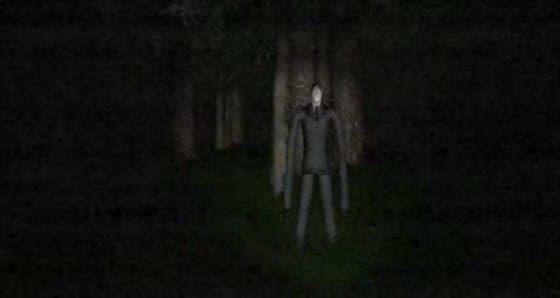 In a couple of years we will see Slender as the granddaddy of  the indie horror game. Combining an Internet urban legend, a randomly generated environment and jump scares that are hard to anticipate, Slender will make you throw your Fruit Loops in the air if you are not ready for it. Even if you are ready, you hate every second you choose to play this game. Why do we play it? Because being scared is fun…right?

Get it for free at: http://www.parsecproductions.net/slender/ 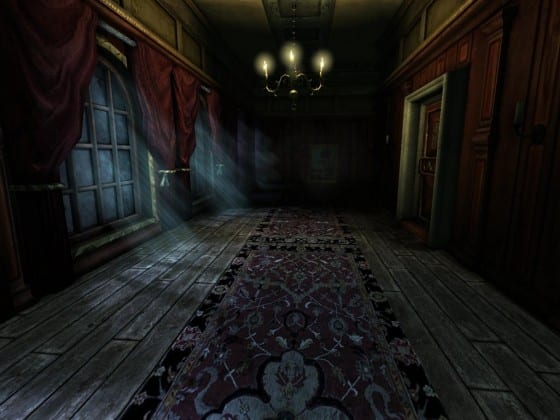 I would put A Machine for Pigs on here but I haven’t played it yet, and I doubt it can recreate the personal scars left by the original Amnesia. Frictional Games were on my radar with their Penumbra games for several years, but despite the cool mechanics in play with their early efforts, a bit of polish was missing from making them must plays. A bigger budget brought us Amnesia: The Dark Decent, and what I consider to be their strongest effort. If you want scares that will make you jump and curse, this game might not be for you. If what you are looking for is a slow building descent into madness, where you don’t even know what is chasing you for half the game, or if anything is even chasing you, then you are deranged and should play this. Seriously, I was too scared to look at whatever the hell was chasing me during the first few encounters. This isn’t just a cheap game to spend the time during Halloween, it is a must play for any puzzle game fans.

Leave scars over at http://www.amnesiagame.com/#main

So these are a few of the games I think are worth looking at if you want to get a good scare in this October. I know I must have left out a couple so feel free to share down in the comments, and if you do chose to play these, don’t sleep with the light off.