If David Cage is an artist, his medium is the dual shock controller. The much talked about game director and lead on games like Heavy Rain and Indigo Prophecy (read our interview with him from E3 here) uses Sony’s controller like no one else in the world. Combined with his emotional scripts Cage is able to portray real emotion like frustration, anger and desperation all through four face buttons and a pair of thumbsticks. Never is that more evident than in his studio’s latest game; Beyond: Two Souls where the player is taken on a journey for fifteen years of one very special girl’s life. It’s a remarkably innovative and interesting title that takes some daring chances, but some of those very chances expose it’s greatest flaws all too well and interestingly enough, it’s what the game does well that brings most of the issues to light.

Developed by: Quantic Dream
Published by: Sony
Genre: action| drama
Platform:PS3
What works: Remarkable use of the PS3 controller | Some great story moments |Open ended gameplay|Great performance by leads
What doesn’t work: Uneven, frustrating control scheme| Some boring moments| awkward moments make you feel like a casual observer and not an active participant | pacing seems off at times
[rating: 3/5]

Beyond: Two Souls follows the life events of a very special young girl named Jodie, played by Academy Award nominee Ellen Page. Jodie isn’t like other girls her age, she has a gift — an invisible friend named Aiden who can have a major effect on the real world. The game follows Jodie’s struggle to come to terms with her ability and thus her place in the world. It’s an interesting story that’s well paced and goes more than a few daring and unexpected places, like Jodie’s time with the CIA and is filled with deep and often meaningful story beats that make you more than question your choices. The game’s leads; Page and Willem Dafoe, turn in remarkable performances and lend a great air of respectability and authenticity to the title that may not have been present with a cast of unknowns.

Undoubtedly most interesting about Beyond: Two Souls is the fact that it continues Cage’s much publicized war against the game over screen. Much like previous works including Heavy Rain, failing an objective in Beyond: Two Souls doesn’t mean game over, it just takes the story in a new direction. Think of it as the gaming equivalent of a choose your own adventure book, there are a number of different ways your story can turn out and it’s all based on your performance and actions. Though the threat of permadeath isn’t here like it was in Heavy Rain, the open-ended story mechanic lends a huge deal of playability to the game and will even bring some back for more.  What would have happened if Jodie hadn’t escaped the police in that forrest? What if she didn’t send Aiden after those kids at the party?  Beyond: Two Souls feels like the first interactive movie, and that’s where the problems really start. 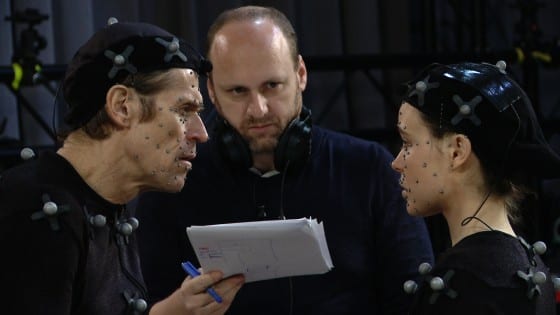 Games and movies are two very different mediums and when they’re mixed, the results are questionable at best, as seen here.  Though Beyond: Two Souls is the most successful at merging the two so far, it’s limited by its own abilities. With film, the director is in charge of the pace; he can dictate how much time is spent in what area and how long certain events should take. While Cage certainly tries to have this control over Beyond: Two Souls; it’s ultimately up to the player to decide how long things should take and when they move on to the next scene.  Though certain parts of the game, like the more action heavy sequences are more successful at this than others, when they fail, they take the player right out of the game. Take for instance one section where you’re supposed to use Aiden to find some hidden documents in a foreign embassy; you’ve got to distract the guards and find your way to where they’re located, but since I was having trouble getting one of the guards to respond to what I was doing I was treated to the same repeated dialogue from Jodie.

Playing through Beyond: Two Souls often takes two forms, that of controlling Jodie and that of controlling Aiden. The former will feel familiar to anyone who played Heavy Rain, though thankfully the controls have been cleaned up a bit (you’ll still find yourself walking into walls robotically from time to time though).Cage and Quantic Dream have done a remarkable job mapping Jodie’s emotions to the dual-shock controller, as aside from a few directional inputs, the game does some interesting things with the controller. Some of the button commands you’ll have to do will seem a bit awkward at first, but they do a fantastic job connecting you with not only the characters but the entire story like no other game.

One advantage that Beyond has over Heavy Rain is its more action-centered sequences. Though based mainly on QuickTime events like its predecessor, Beyond manages to keep the action moving at a remarkably good pace, allowing the player to be more engrossed in the world created by Cage and his studio. In these sequences, players more react to what’s happening on the screen rather than proactively defend it as they would in other adventure games.  It was in these situations that I found myself caring most about Jodie’s fate.

Controlling Aiden is less successful. By pressing triangle, you’ll move from Jodie’s body and be able to float around and interact with the world via Aiden’s invisible presence.  By holding down the R1 button and then moving the thumbsticks in a certain way, you can interact with the environment, whether it be knocking over objects to distract someone, possessing an enemy or even causing an massive explosion. You’ll control Aiden’s movement by using the thumbsticks, one controlling the spirit’s height and the other his distance. It seems like a simple idea, but it can be frustratingly difficult to get where you have to be, especially if you’re working against a time limit because the controls are so restrictive and if you venture even an inch too far from Jodie, Aiden starts to fade. It is extremely fun though to go through a room and watch people’s reactions as you interact with the environment around them. 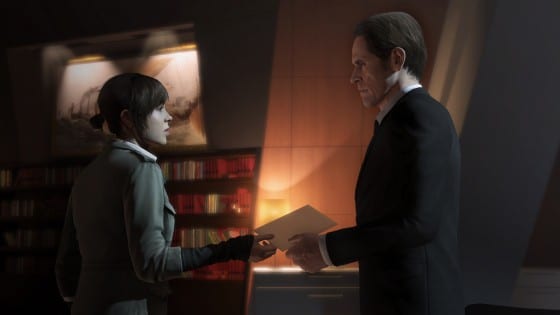 Beyond: Two Souls is at times daring and captivating but it can also be superficial, hollow and frustrating at times. It’s miles ahead of Quantic Dream’s previous work, and director David Cage has done a remarkable job in bringing Hollywood level presentation values to gaming but it also hinders the experience more than it should. With strong performances from its leads and more than a few daring story twists, Beyond: Two Souls is unique enough to warrant a purchase, but too shallow to make it a classic.

Beyond: Two Souls —  The Blast Magazine review is based on a retail copy of the game provided by the publisher. We played through the story and second guessed our choices. All of them.