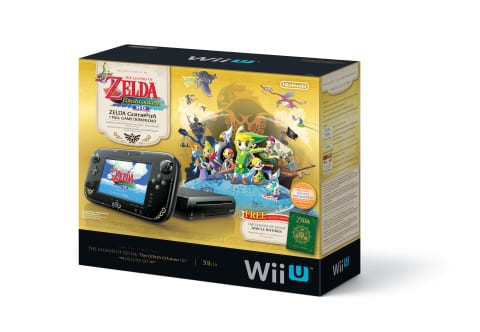 Haven’t picked up a Wii U yet? Nintendo’s lineup of games is starting to heat up with big-named titles such Super Mario 3D World, Donkey Kong Country: Tropical Freeze, and The Legend of Zelda: The Wind Waker HD coming out soon. To help gamers and parents this holiday season, Nintendo is dropping the price of the Wii U Deluxe Set by $50 starting September 20 and offering it for $299.99.

The Zelda bundle and the new price of the Wii U Deluxe Set will take effect September 20.