So Ben Affleck was cast as Batman in the upcoming Man of Steel sequel and to say that the internet wasn’t happy would be a bit of an understatement. To put it more aptly — the internet lost its collective shit. I don’t think I’ve ever seen a 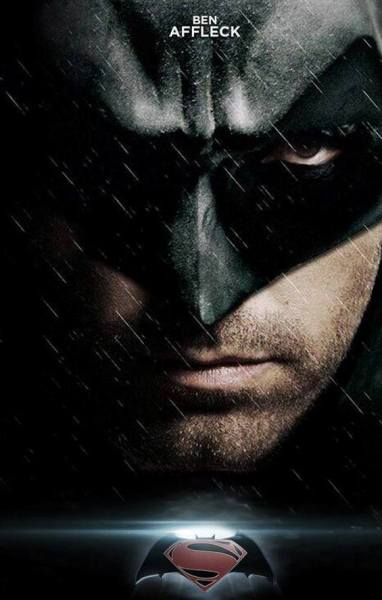 series of memes pop up so fast. Go ahead — google image search Ben Affleck as Batman and see what comes up. You know who thinks the director and star of The Town will do a great job as the Dark Knight? Affleck’s long time buddy and writing partner Matt Damon, who in so many words is telling the internet to calm down.

“I think it will be great,” Damon told the Times of India. “It will be terrific. I know there are a lot of people grousing on the internet. I just think it’s kind of funny. You know, he’s not playing King Lear. It’s Batman! Certainly within his skill set. If anybody saw Argo or The Town, and all the work he’s been doing lately, it’s way more nuanced and interesting and way more difficult than Batman! Batman just sits there with his cowl over his head and whispers in a kinda gruff voice at people. Bruce Wayne is the more challenging part of the role, and Ben will be great at that.”

So what about that one meme? You know, the one that has Affleck as the caped crusader and Damon as his trusty ward sidekick Robin? Damon says don’t count on it. “I am a little older than Ben. I never saw Robin as older than Batman,” added Damon, lest you were worried those Internet memes would come true. “But it’s safe to say I won’t be Robin.”

The Man of Steel sequel will hit theaters in June of 2015.