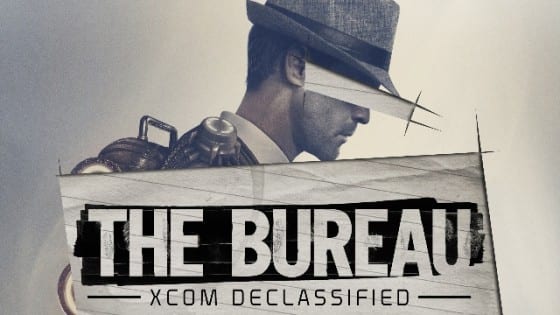 There was a time, when it was first announced that The Bureau: XCOM Declassified was supposed to be the new XCOM experience. Then came Enemy Unkown; a stellar and unapologetically tough nod to games of the series past, and fans forgot about that other XCOM game.  Now, almost two years later, The Bureau is here, and it’s not pretty. You’re going to want to love The Bureau, and at times you’ll come close – but every design misstep and every dumb AI decision will make you wish you had stuck with the original XCOM.

The plot of The Bureau is almost as far away from that of Enemy Unknown as you can get. The story follows Special Agent William Carter, who has been tasked with stopping an alien invasion on enemy soil  in the sixties, all while keeping its very existence secret to the people he’s protecting. Of course, if you’ve been following the XCOM franchise, or really any alien invasion movie, things aren’t what they seem and there’s a pretty unique plot twist thrown in that is to good to spoil here.

That being said, there’s a very significant disconnect between the end of The Bureau and the beginning of Enemy Unknown. Yes, there is a lot of ground to cover in between the two and yes, 2K has made it very clear that they have every intention to make this a new franchise, but there are elements here that outright contradict events that were setup in Enemy Unknown. I’m willing to give the game the benefit of the doubt that this will be cleared up in the possible future installments (and regardless of how harsh I am on this particular game, there is enormous potential for other installments).

The basic structure of The Bureau borrows heavily from Enemy Unknown, maneuver your squad through corridors and warzones to take out the alien beings. It’s a system that when it works, it works well, but when it doesn’t, it’s nothing short of a mess. Many times I gave orders to my squad to flank an enemy, sending them around sandbags and roadblocks to get the best shot. Rather than following my orders, they jumped the obstacle ahead of them and ran directly in front of the enemy, only to jump back over to the spot I sent them to. This happened constantly, and is especially frustrating when the game uses permadeath…or rather the idea of permadeath.

Much like Enemy Unknown, your squad members are at risk and when they do, they’re gone for good, or at least that’s the idea.  You see, the story of The Bureau revolves around the story of Agent Carter and his survival so if he doesn’t make it through a fight, the game restarts at the last checkpoint, along with any agent who’s died on the mission. The game preaches using your resources and your agents wisely, but it’s hard to take it seriously when all you have to do is lose the mission, and restart at the very gracious save-points to revive your troops. There are a number of exploits like this throughout the game that allow you to take advantage of some seriously flawed design decisions.

The Bureau uses big set pieces to its advantage and though they’re often what you’d expect, army bases crash sites, the game does its best when it challenges those clichés and puts you unexpected areas, like suburban neighborhoods. It was a bit surprising to go through this type of game in a world with so much color and so much vibrance, but these levels are few and far between.

The shooting aspect of The Bureau also leaves a lot to be desired. Some guns have a definite weight and feel to them but unfortunately a lot more don’t. Much of the game often feels like a shooting gallery where you’re using toy weapons and toy targets. Nothing about the vast majority of the weapons was believable and it took me out of the game almost instantly. It’s not until later in the game, where you unlock some of he bigger weapons that you’re going to really start to feel like you’re wielding weapons that could take out an attacking and aggressive enemy force.

Coming off the heels of the incredibly superb XCOM: Enemy Unknown, The Bureau is nothing short of a sad and unfinished disappointing mess. Yes, there are some good moments here, some of them bordering on great – but they don’t even come close to being able to make up for the shoddy design and terrible AI. Want XCOM? Stick with the unknown.

This review is based on a retail PS3 copy of the game provided by the publisher. We played through the campaign and then went back to XCOM: Enemy Unknown.