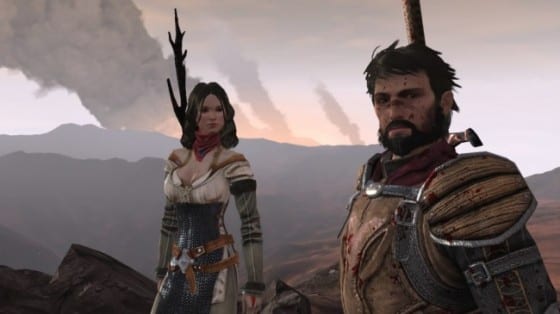 Jennifer Hepler worked as a writer on the fan favorite Dragon Age series at Bioware, but this week she stepped down to work freelance and on a book, but in the process of stepping down, she’s revealed some troubling information. Hepler received death threats to herself and her family for many of the unpopular changes to the second game in the series.

‘I was shown a sample of the forum posts by EA security,’ says Hepler in an interview with Polygon. ‘And it included graphic threats to kill my children on their way out of school to show them that they should have been aborted at birth rather than have to have me as a mother.’

The vast majority of the hate directed towards Hepler seems to stem from a 2009 interview in with the writer divulged that she wasn’t a fan of combat in games, which was apparently enough to make those unhappy with the direction of Dragon Age II blame her. Sadly, Hepler’s saga is not an isolated incident, as a number of people within the gaming industry have recently confessed that they too have been the targets of internet hate and threats. David Vonderhaar, Design Director at Treyarch, the studio behind the Call of Duty: Black Ops series received death threats when he announced a patch that evened out some of the guns, effectively weakening them by making them a fraction of a second slower. The DSR fire time was 0.2 seconds. It’s now 0.4 seconds. “The rechamber time was 1.0 seconds. It’s now 1.1 seconds,” Vonderhaar said on Twitter, adding later that he didn’t think that the fractions of seconds were “worth the threats of violence.”

The threats, which also targeted Vonderhaar’s family came fast, and Dan Amrich, Activision’s community manager came just as fast to defend the designer. “”[Vonderhaar] often gets told he should die in a fire or kill himself or is a horrible person,” Amrich writes. “If anybody thinks for a second that this is okay, it is not. But if the loudest voices in the Call of Duty ‘community’ act like an angry mob instead, guess how the entire world views Call of Duty? Now consider that these Internet Tough Guy rants and demands are not unique to COD, but exist everywhere, in many gaming communities. This is why the world often does not take gaming seriously; this is why gamers are assumed to be immature, whiny assholes. Because the immature, whiny assholes are louder.”

Both Hepler and Vonderharr say that the threats represent only a small part of the community, and have also recieved a tremendous outpouring of support regarding the incidents. ‘The outpouring of support I received — large amounts from female and gay fans — was incredibly heartening,’ said Hepler. ‘Without the negativity, I’m not sure that I would ever have heard from all of these people confirming that there is a need for characters that tackle touchy social issues, for characters who are untraditional or even unlikeable.’