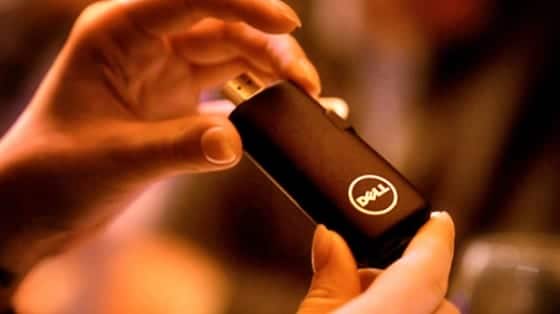 Project Ophelia is the code name for a new Android powered computer on a USB drive. The computer manufacturing giant has been facing economic struggles the past couple of fiscal years and company founder hopes this move will give them the success they need.

The device becomes a fully functioning Android OS when plugged to an HDMI port. That means games, movies and files can all be carried with you and showcased in their full glory.

This is not the first of such a device. The Ubuntu Edge is attempting to do the same thing but on an Android powered smartphone, outfitted with a quad core processor and a 128gb of flash storage. When plugged into a TV or monitor it boots Ubuntu OS and becomes a fully fledged desktop experience. How successful Dell’s Ophelia will be really depends on how much of a machine you can carry. With the price point so low, I doubt it will be much of a kicker, but at the same time will make early adoption easy on your wallet. The future of flash storage might just be portable desktop experiences like these, and the companies that can combine the most power and storage at the cheapest price will come out on top.

Project Ophelia is shipping to testers now and will be available to the public this fall.