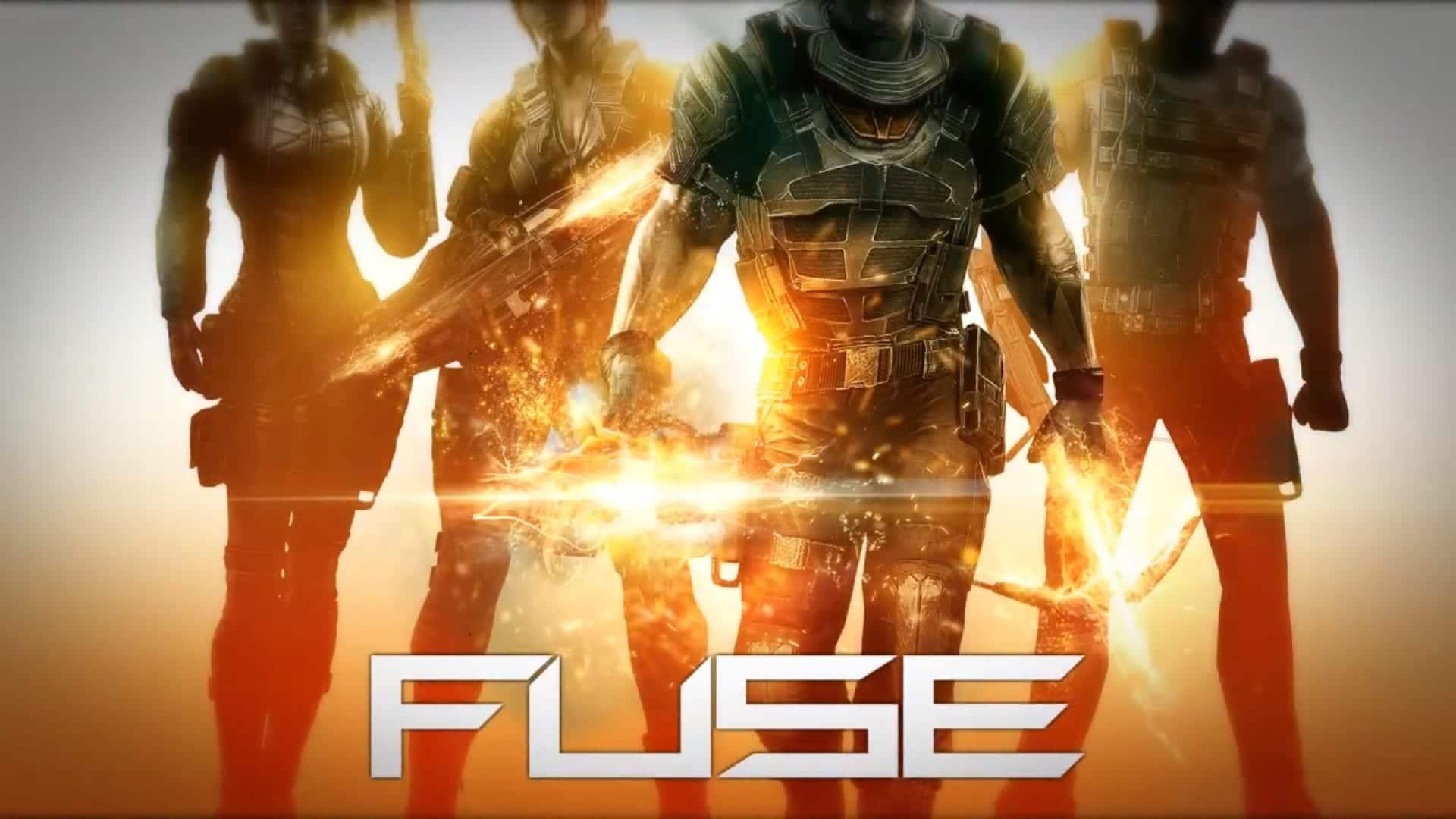 But you won’t. Insominiac’s first non Sony exclusive game in over a decade isn’t what you’d expect. It almost pains me to say this, but the latest game from the mind’s that brought us the remarkable Ratchet and Clank series is uneven, flawed and even a bit dull at times. If you’ve got a group of friends that can fill the roles of Overstrike 9, you may find a lot to like here, but going in solo will be one of the most underwhelming missions you’ve taken.

Set in the near future, Fuse follows Overstrike 9, a private security group who are after a strange unearthly substance called Fuse, which could be the biggest aid to humanity or its worst nightmare. While on the mission, they discover a pretty hefty conspiracy and are left chasing it, answers and Fuse across the globe. It’s a pretty standard plot, and serves merely as a reason to take you to different locations and let you fire some cool weapons, but you can’t help but feel like Fuse is holding something back.

The game establishes early on that the Fuse material is of Alien origin, but abandons the plot soon after to focus on the terrorist organization that’s also looking to acquire Fuse. Each character has their own back-story, but it often feels like it’s lifted from any of the other third-person co-op shooters on the market. It’s especially disappointing when you take into account just how different and lifeless the final product of Fuse is, when compared to Overstrike, the original name for the game, unveiled at E3 two years ago.

What Fuse gets unquestionably right should come as no surprise to anyone who’s played Insomniac’s most well known franchises – Ratchet and Clank and Resistance; the game puts you in some awesome blockbuster movie situations with some truly bad-ass weapons. Each character in Fuse comes with their own specialty, and as a result, they’re own weapon. Jacob’s crossbow can fire exploding bolts, Izzy can fire pellets that trap enemies and then shatter them, Naya can teleport enemies to locations previously tagged, and Dalton can produce a shield that will absorb enemy fire and then send it return to sender.

The true allure of Fuse comes when you find new ways to combine your weapon’s abilities to create complete chaotic wonder, and more often than not, you’ll find them by accident. Most attack chains seem to start with either Dalton’s shield or Naya’s teleporting ability, which can all be upgraded, though it’s fair to note that a lot of the upgrades feel remarkably similar between each character and there’s little reason to back in and try to unlock different upgrades for different characters. Fuse is at it’s best when sitting with three friends and just letting your destructive creativity shine.

Notice that last sentence? The key there is with friends as Fuse is a far less enjoyable game when you’re playing solo – in fact, thanks to terrible AI and bland missions; it’s almost intolerable. Much of Fuse is built on a cover system, but your enemies and squad-mates have absolutely no interest in using it. All strategy is out the window when playing with the AI, as everyone in the game seems to lose their mind. One of the game’s key features allows players to swap seamlessly between the four characters, but you’ll often find that they’re huddled up in the same location, making the entire feature null. The AI also doesn’t seem to have any knowledge of what they’re able to do either – get used to them not knowing how to use their weapons and standing still five feet from you as you crawl for help when you’ve been downed.

Playing solo also makes Fuse’s shortcomings that much more visible. A lot of the game’s missions are similar, and often drag on and on, while the game’s enemies are glorified bullet sponges, and you’re going to have to sink way too many bullets into them to take them out.

Like Borderlands before it, Fuse can be one of your favorite experiences – if you’re playing with three other friends, but be warned, it can also be one of the most lackluster if you’re going solo. Sadly, it’s bland, uninspired and cookie-cutter, a rare miss from one of gaming’s most creative studios. Fuse can be a good time, just make sure you bring backup.