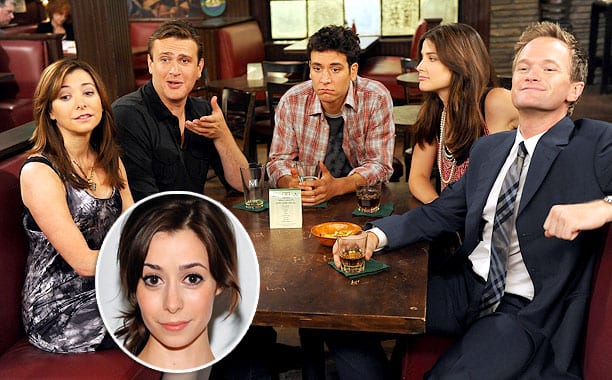 On this past Monday’s season finale of How I Met Your Mother, we finally met the mysterious mother.  So what now? Big changes may be in store according to the show’s co-creator.

“It was a pretty big umbrella to fill, casting the title role in a series that’s been on the air for eight years. And yet Cristin Milioti is, against all odds, exactly what we were looking for. She made us laugh on 30 Rock, she made us swoon in Once, and her ukulele skills are no joke,” Carter Bays said in a recent statement. “We’re thrilled to welcome her to the How I Met Your Mother family, and look forward to getting to know her – and the character she plays – much better in the coming final season. And to all the fans, on behalf of all of us writers, cast and crew: Thank you for sticking with us on this wild journey. Our ninth season will tell the epic story of the longest wedding weekend ever. We hope you like it. Next stop, Farhampton…”

So just how did the show’s staff keep the big reveal secret? “In the script we called the character ‘definitely not the mother,’ so it was very good code. We got very CIA and intense about it: We really didn’t put it on paper; we never emailed the outline or the script. We literally just kept it on hard copies of paper that we messengered back and forth to people and then got the copies back and destroyed [them],” Carter Bays and Craig Thomas  told EW.com. All the extras from the scene with the mother are staff from How I Met Your Mother. They’re all there. It was really fun.”

” I don’t think it ever occurred to us. Honestly, exhibit A for us in the discussions was Cobie Smulders,” Bays added. In the pilot of our show, Ted sees [Cobie Smulders’] Robin for the first time and — without naming names — the part of Robin was offered to a pretty famous actress and she turned it down and then we ended up going with Cobie, who was our first choice from the beginning. Thank God we did for a million reasons but among those is the fact that when Ted’s seeing her for the first time, America’s seeing her for the first time — the intriguingness of that propelled the show going forward and kept the show alive.

So Season 9 will take place over the course of one weekend. It’s likely that the story will be told through a series of flashbacks as the device has been used in previous episodes.  Think you’ll get a meeting between Ted and the Mother in this Fall’s season premiere? When TVline asked CBS President Nina Tassler, she confirmed that the two won’t meet until much later in the season, and to expect everyone else from the cast to meet the mother before Ted finally does. Read the entire review at EW.com