Internet law is always evolving. The Internet is still one of the newest landscapes when it comes to legislation and the groundwork is still being laid. It is not unexpected, then, that new laws regarding the way the Internet is accessed, used, and even abused, will occur. Look at some of the biggest of 2012. 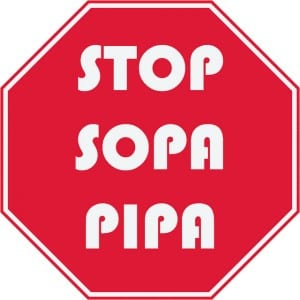 It is always a good thing to have an Internet provider you want to work with, which is why you can find exactly what you need at InternetProviders.com. However, what you do online is your business. That’s why social media privacy laws were being talked about and thought about in many areas of the country. California put in place the Social Media Privacy Act for its state that prohibits employers and schools from demanding your social media and email passwords. As primitive as it sounds, this is the first step in protecting your privacy rights.

Also occurring in 2012 was the fight against what seemed to be violations of the civil rights of people in India. Activities and lawyers spoke out about India’s controversial Internet laws. Two women were arrested after criticizing a city’s shutdown after the death of a leader on Facebook. The Information Technology Act there makes it illegal to digitally send information that is grossly offensive or has a menacing character. Officials noted that the law was very open-ended and could be easily abused. The country was working to make changes in this.

The news broke that Zappos, a popular online retailer, would be adopting anti-class action clauses in contracts. The US Supreme Court ruled that businesses may adopt this type of mandatory arbitration clause that would ban a customer (who agrees to the terms) from class-action lawsuits. Though the law needs work and there are various requirements for specialization of it, this law set the groundwork for websites to protect themselves against massive lawsuits that could easily shutter their virtual doors. There is still some discussion over its effect, but most believe it is a step in the right direction.

Internet laws and regulations will continue to change as long as it is an important tool in communication and business. Expect changes that could alter the way you use the Internet, whether for the good or for the bad.