Admit it, you’ve been caught once or twice mining for gold.  It’s ok — you’re among friends here. Hiding in shame as you search your nostrils may be a thing of the past though as a Professor at the University of Saskatchewan thinks that not 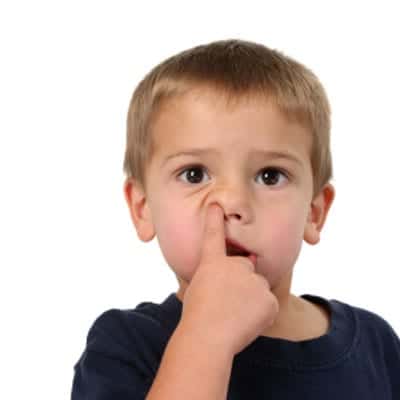 only digging the stuff out..but eating them could actually be beneficial to your health.

Scott Naper, associate professor at the University of Saskatchewan theorizes that exposing the body to germs found in mucous may boost the immune system. “It might serve as almost a natural vaccination, if you will,” Napper told CTV.“Simply picking your nose and wiping it away, or blowing your nose, you might be robbing it of that opportunity.”

So about this time, you’re probably wondering just how Naper figured all of this out; there must have been some sort of research…that kind of research. Sort of, the award winning teacher actually started his research by simply trying to get his class interested in science. “I got their attention by saying that’s why snot tastes so sweet. And a lot of them were nodding along like they agreed, but not really realizing what they had acknowledged,” Naper said.

The study is still in its early stages, but Naper admits that it may be hard to find a lot of people openly willing to take part as Naper plans to conduct a study where half of the subjects are asked to go digging, and then eat what they find, while the others will be asked not to. Any volunteers?