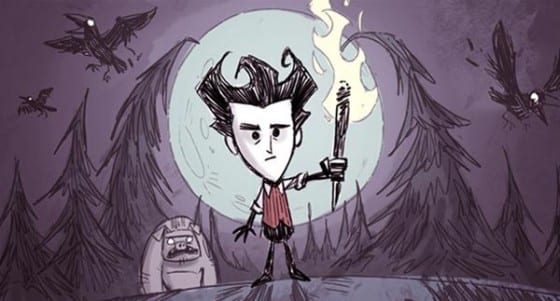 The talented folks at Klei Entertainment, the studio responsible for the visually striking Shank series, and last summer’s critically acclaimed XBLA title, Mark of the Ninja, were on hand at PAX East this year showing off not one, but two titles.

Described by Klei Community Manager Corey Rollins as a “survival simulator”, Don’t Starve is a wonderfully charming title for PC in which players, you guessed it, gather resources and explore while attempting to avoid starvation.  Despite its adorable appearance, Don’t Starve is not for the faint of heart, Corey assured me, as the game does little to hold players’ hands, allowing for a very real sense of independent exploration and learning.