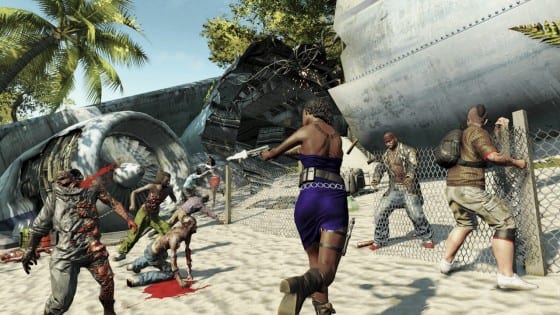 As PAX East began winding down on Sunday, the hordes of fans amassing in front of the Dead Island: Riptide booth only continued to grow.  After its initial release in September of 2011, the open world, first-person, zombie-smacking Dead Island quickly amassed a dedicated following, despite some complaints. As it was notoriously glitchy and plagued with bizarre bugs, many critics complained that although the idea behind the title was great, the unpolished nature of the game made it tough to play. Thankfully, after getting some hands-on time with the next game in the series, I can safely say that it appears as though Deep Silver has taken a ton of fan feedback into consideration. The continued story of Dead Island’s four survivors, looks to be a much more polished and fully-realized experience.

As expected, the excitement surrounding this game, with or without a Zombie Bait Edition, seems to be at an all-time high. Amid the fervor, I was lucky enough to get some hands-on time with the game, as well as speak with Deep Silver’s Sebastian Reichert, Creative Producer of Dead Island. He gave us the low down on the new character class, weapon proficiencies, new environments, and skill trees.  Check out the interview below for all the gruesome details.

Dead Island Riptide will begin eating the brains of the living on April 23, on PS3, Xbox 360, and PC.