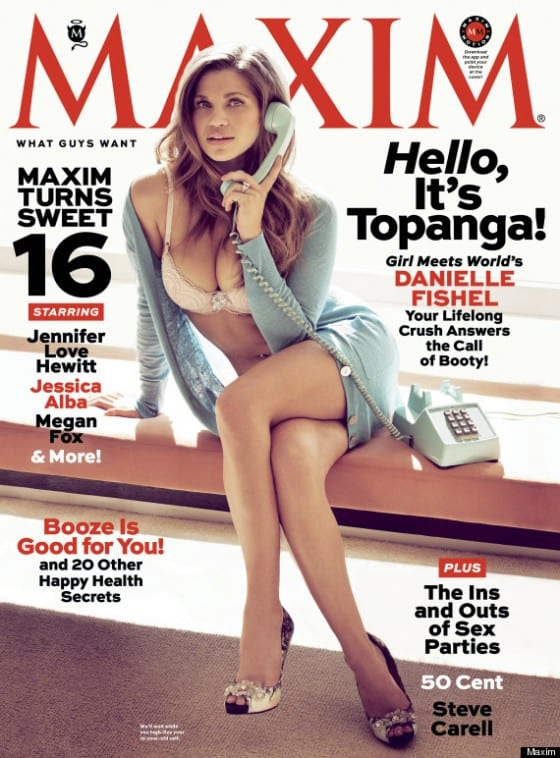 If you’re a guy who grew up in the 90s, odds are your first crush was on a strange girl from Philadelphia known as Topanga, and odds are you haven’t gotten past the image above to read this sentence.

Of course, the image above is of Daniel Fishel, famous for her portrayal of Topanga from cult 90s TV show Boy Meets World, and the soon to air spinoff Girl Meets World. Mrs. Corey Matthews appears in this month’s issue of Maxim and dishes on her TGIF past, what the love of Boy Meets World has meant for her and her relationship with her former cast mates. One story stands out in particular, which finds Fishel in the middle of an awkward situation with her parent’s and Full House’s Bob Saget.

“One time we were all on a private jet going to Disney World, and my mom, dad, and brother were also with me. We had these four seats facing each other with curtains,”Fishel explained to Maxim. “We were trying to take a nap, and all of a sudden [‘Full House’s’ Danny Tanner] Bob Saget walks down the aisle, rips open our curtain, and shouts, ‘Do you guys have any coke?!’ Then he looks my dad in the eye, laughs, and closes the curtain.”