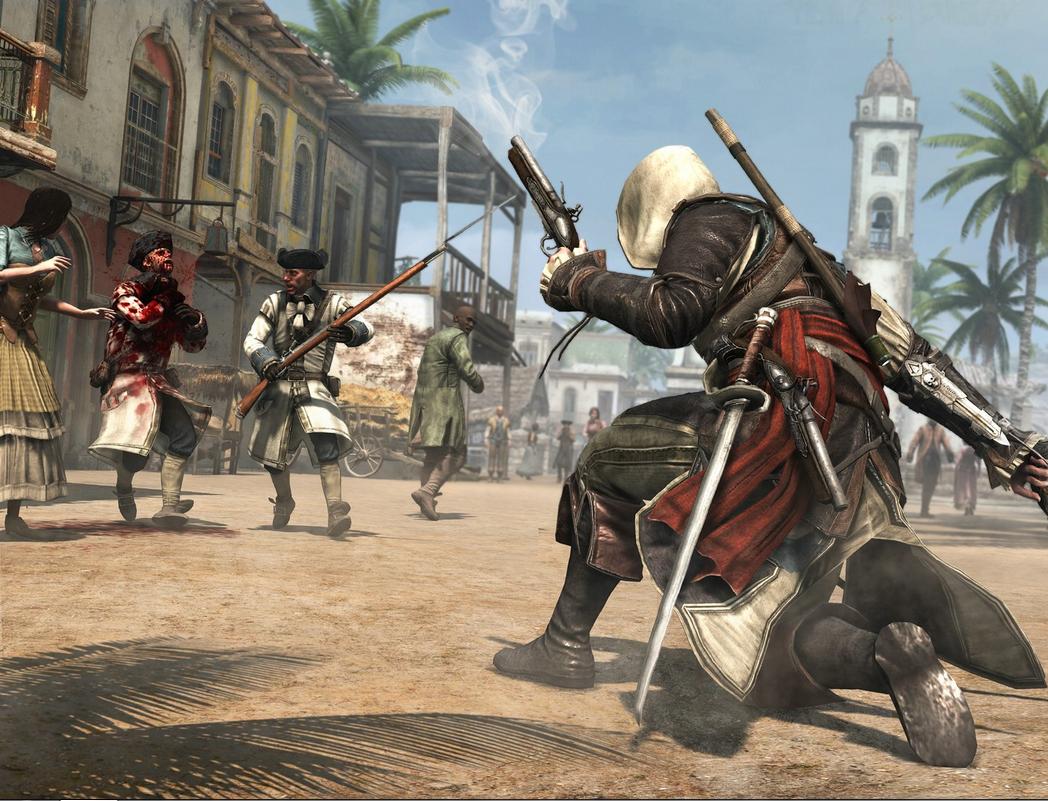 Be sure to eat your oranges so you don’t get scurvy since Assassin’s Creed 4 takes you back to the mythical age of pirates. Assassin’s Creed 4 Black Flag tells the story of Edward Kenway, a young British man with a thirst for danger and adventure, who falls from privateering for the Royal Navy into piracy as the war between the major Empires comes to an end.

Edward is a fierce pirate and seasoned fighter who soon finds himself embroiled in the ancient war between Assassins and Templars. Set at the dawn of the 18th Century, the game features some of the most infamous pirates in history such as Blackbeard and Charles Vane, and takes players on a journey throughout the West Indies during a turbulent and violent period of time later to become known as the Golden Age of Pirates.

If you want to brush up on your pirates, Blast would like to recommend the novel “Treasure Island” by Robert Louis Stevenson. This novel inspired everything we know now about pirates from parrots to buried treasurel as well as inventing the infamous Long John Silver. And we can safely assume Black Flag will feature at least one peg-legged pirate.