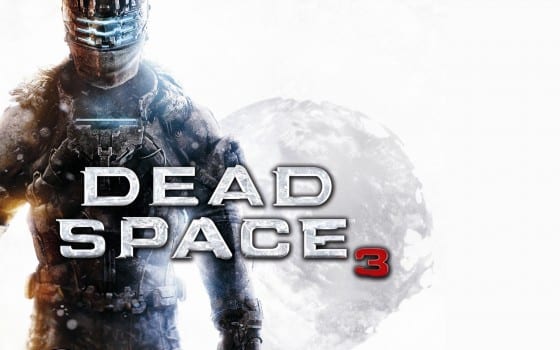 The genre of survival horror has seen some major changes during this console generation. Heavy stalwarts like Resident Evil and Silent Hill were given action packed makeovers to try and compete with a wider audience. New franchises have sprouted, each bringing its different take to the act of scaring the user, and each one succumbing to a different level of success. One of the most impressively strong newcomers is Dead Space. Over the past five years, this Alien-inspired gorefest has been imitating from the best when it comes to giving you nightmares. The latest installment has arrived, and while it may continue to mimic its forefathers in ratcheting up the action, it has done it in the most graceful way imaginable.

If you are unfamiliar with Dead Space’s story, don’t worry. The third entry does a great job in establishing what has happened and refrains from bringing up any obscure references from the past. We find our protagonist Isaac Clarke somewhat burned out on Earth’s colony in the moon. Before long, a religious terrorist group known as the Unitologists begins a biological attack on the colony and Isaac’s services are transported to a faraway planet called Tau Volantis. Here, he has to battle the traditional necromorphs from previous games while preventing the full on eradiation of the human race.

For those of you who have invested your time into studying the lore of the series, you won’t be disappointed, Dead Space 3 does an admirable job throwing in enough fan service to satisfy hardcore fans while building a relatable tale for those uninitiated. The plot of the game is nothing to get excited about, but the world built around it is. The amount of detail injected into every corner of the game is something only seen in high end RPG’s. Every room you walk into has a story to tell, and it usually does it with a few well-placed props. Take your time and read all of the text logs and artifacts you find, the experience will be so much more rewarding. 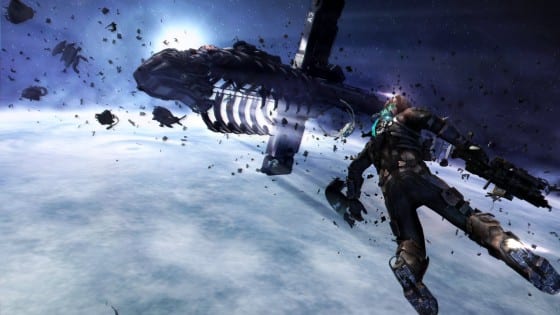 The balance between the new and old is carefully managed in this game. The first half feels like traditional Dead Space, navigating broken down space ships and tight corridors. Once you land on Tau Volantis, the game spreads out more and introduces new gameplay for the series. This is not to say that that first part is completely linear. While orbiting the wretched planet you will be traveling between a couple of ships via tram and a small shuttle. It is a wet dream for sci-fi fans and does an admirable job of setting the tone for the rest of the game. 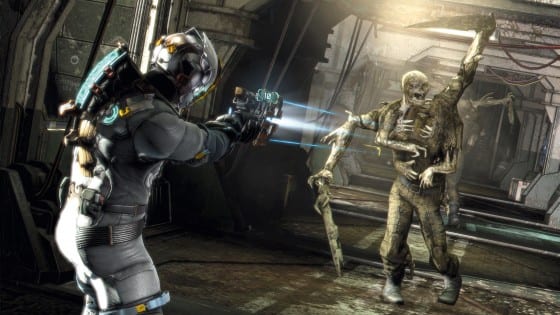 In line with streamlining the series, Dead Space 3 plays like an action game. The guns feel sharp and powerful and Isaac is much nimbler than before. In fact, the new crafting system (where you look for scrap metal and resources to build a variety of overpowered weapons) ensures the original way of dispatching necromorphs by cutting off their limbs is no longer necessary. This is still the best way of dealing with them, but by the time you reach the second half of the game, you will be resorting to blowing them away whole rather than one piece at a time. The original save system has been replaced with a checkpoint method and the overall experience feels much more focused. It is an impressive achievement to see how a traditionally slow paced set of games has evolved into a powerhouse action game. Over the span of three games, the series has built a clear identity; borrowing where proper and innovating when necessary. 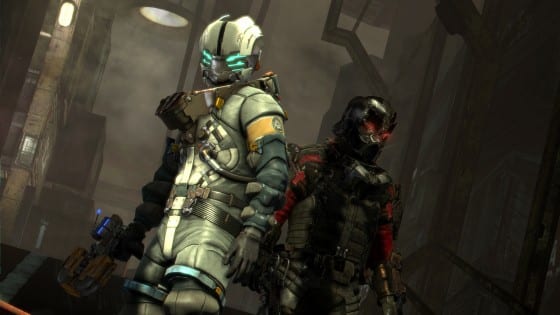 Controversy brewed when EA announced last summer that Dead Space 3 was going to feature co-op. People feared the addition of another player was going to screw the difficulty up and completely ruin the sense of isolation that a space horror game is supposed to build itself on. Frankly, the co-op campaign is the best way to play through this game. Being as unobtrusive as possible, the drop in drop out system works out fantastically, with your friend literally joining you with their gear at any point in the game. The system was very well thought out with small touches like upgrade benches that support both players, two player puzzles and optional co-op missions. The extra missions are not tacked on either, with some of them playing with the player’s heads and bonds of trust you have with your online buddies in ways I have never seen before. Isaac’s friend during this whole ordeal is present in most cut scenes, so the game has to do little to convince you that he should be there. A ton of dialogue opens up when playing with someone else that otherwise wouldn’t even happen by yourself, so if you want the full, and better, story. Bring a friend. 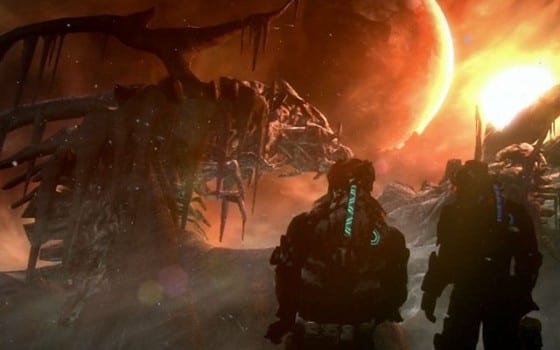 The second game in the series introduced some amazing lighting effects, and this one does them even better. Dead Space 3 features some of the most jaw-dropping lighting I have ever seen in a game. It not only impresses in the large open areas, where the sun radiates against the snow and fills your screen with orange light, it is even more impressive once you go inside. The soft lighting in a former office, harsh halogen lights in a medical center, having the eerie blue glow of your helmets be the only light in the room; Dead Space 3 has a great lighting engine and it knows how to use it. Furthermore, if you have a good sound system, do not be afraid to crank it up (or actually be terrified to do so in the dark). From the muted screams in outer space, to the grinding gears of a 200 year old machine, to the iTunes worthy soundtrack, there is some damn good noise to be had here. Dead Space 3 should be one of the games you bring out every time you have a new sound system or TV to try out, it is a freaking benchmark.

Dead Space 3 is a finely crafted sequel. It fixes things that stood out as annoyances in previous games and continues the standard carved by its predecessors. It borrows heavily from horror classics while producing some ridiculously awesome set-piece action scenes. Not only does it do the Dead Space franchise justice, it sets the bar for any horror/action game. Grab a friend, crank up the stereo and turn off the lights, this is a bonafide game of the year candidate