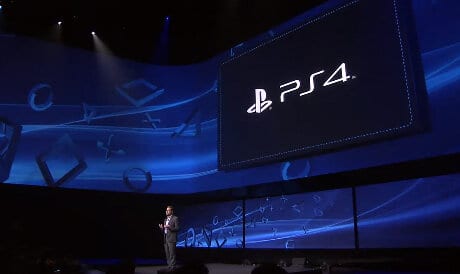 The PlayStation 4 is the Dreamcast of 2013. The Sega Dreamcast suffered an early demise for a few reasons, the biggest being it came out to soon in a console cycle. The Dreamcast appeared a year before the PlayStation 2 and two years before the Nintendo GameCube. At the time of its release, the Dreamcast was better than the N64 or PS1 but the looming release of the next generation would crush it.

Now in 2013 the PS4 is going down the same road. The Xbox 360 still has years left in its life, some putting it as high as five more. Not only will Microsoft save on not having to produce new tech for another console, but developers can continue to use their current infrastructure for years to come. With the announcement of the PS4 Sony is making it so that developers need to pick a side and decide which console they would rather devote a majority of their effort to. Also consider that developers know that Xbox will be releasing newer tech in the near future allowing them to continue to work in their current format and hold out for an even better platform. Drawing these kinds of lines in the sand will only hurt the consumer and developer. The console wars have been a drain on gaming as a whole since the inception of video gaming. The teams working to make games want as many people to play them as possible. These console division are only separating their intended market for the benefit of retailers and console manufacturer while also punishing of the artists working on games.

In addition, this gives Microsoft a large amount of market information. Microsoft can see what mistakes Sony makes with this and then correct them, they can see how well users respond to a new console at this point in its lifespan, and they can see how well it does in this current economy. Sony is taking a huge risk by being the first out of the gate with its next console and judging by history it will pay for it.

The most important thing going into the press conference was the second-hand game debate, which Sony made no mention of during the event. Which is a strong indication that they do plan to deny any kind of used game market. This would kill GameStop and Gamefly fairly quickly if every console started to adapt this policy, which would mean higher overall costs for the consumer. Along those lines the PS4 also appears to not be backwards compatible with PS3 games. Sony will most likely cut support relatively quickly to anything on the PS3 in favor of the PS4 punishing users for not upgrading.