Chalky fun on the go

In the world of video games, princesses in need of rescue are hardly a new concept. These poor damsels in distress seem doomed to be kidnapped by every crazed maniac in the virtual world and exist merely to wait for their frequently moustached hero to come get them. Dokuro doesn’t try to deviate from this tried and true formula—it’s a simple tale of a little hero who wants nothing more than to save a princess from an evil overlord. Past that, however, things get sticky.

Dokuro is a PS Vita-only action puzzler that overflows with charm and oddball humor. The visual style is entirely chalk-drawn graphics and the game is just adorable in the same way games like Kirby’s Epic Yarn are. That said, it’s a whole lot darker. The main character, for instance, is a skeletal minion of the dark lord in question. It’s hard to say why the poor little fella has become so obsessed with this nameless princess, but he’s willing to risk his very existence to lead her out of the castle. 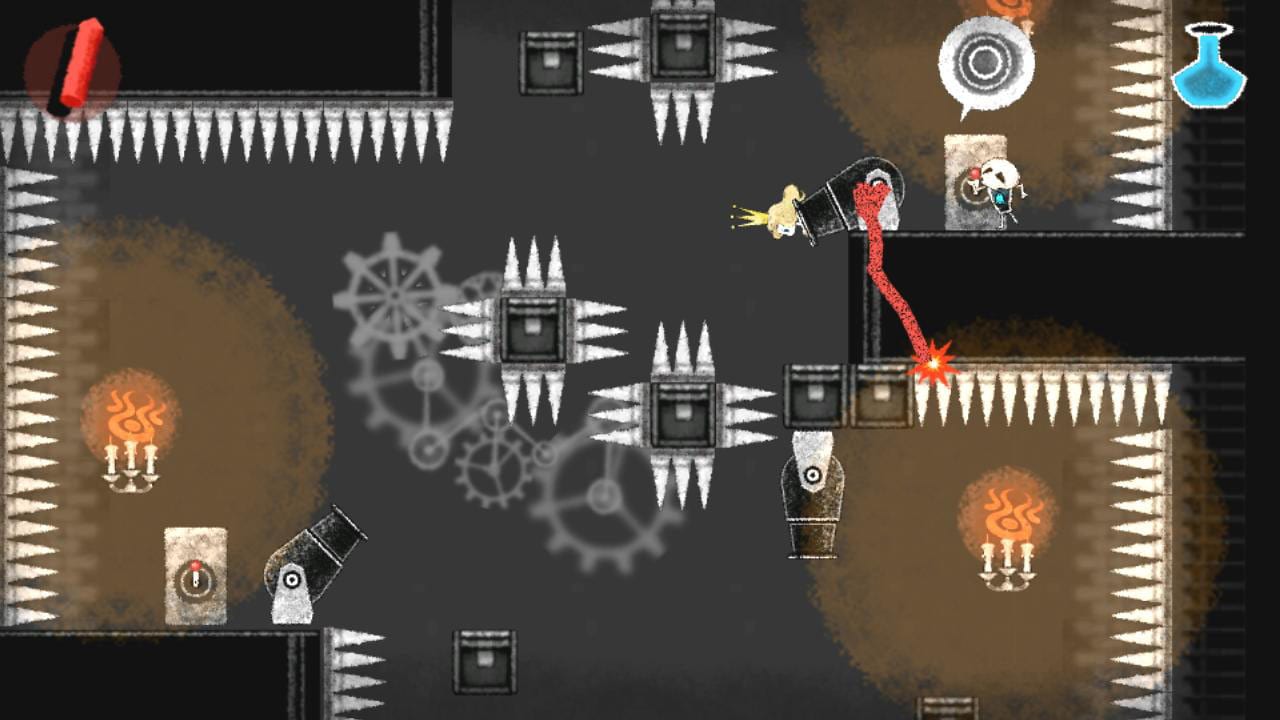 He doesn’t talk and, worse, the princess can’t even see him. Indeed, she casually makes her way forward until she either reaches a barrier or mindlessly kills herself. Clearly, the dark lord wasn’t interested in the poor lass for her brains, so our skeleton hero has his work cut out for him. Most of the puzzles boil down to moving crates and levers around to create a clear path for the princess. The game starts out simple, but gets harder in a hurry and some of the otherwise really short levels can be incredibly challenging.

Dokuro is a frequently unforgiving game. Since the bulk of the levels can be solved in less than two minutes, once understood, they tend to focus on exact time and planning. There aren’t multiple paths to success, so solutions to the levels are very specific. Instead, you’ll need to use special items to figure them out.

For example, as the game progresses, new chalk colors are discovered, and each has a special use. Plain chalk can be used as rope to hang objects, while red chalk acts as a fuse to light candles and (more importantly) set off explosives. Dokuro intelligently uses the touch screen for drawing lines, while the rest of the otherwise standard controls are handled with the stick and face buttons.

Potions are also introduced that turns the hero into a prince, capable of lifting and carrying the princess. In his regular tiny and invisible form, he can perform agile double jumps but is very weak. In princely form, however, he loses the double jump in favor of a sword attack, which is necessary for dispatching enemies—including some monstrous bosses. 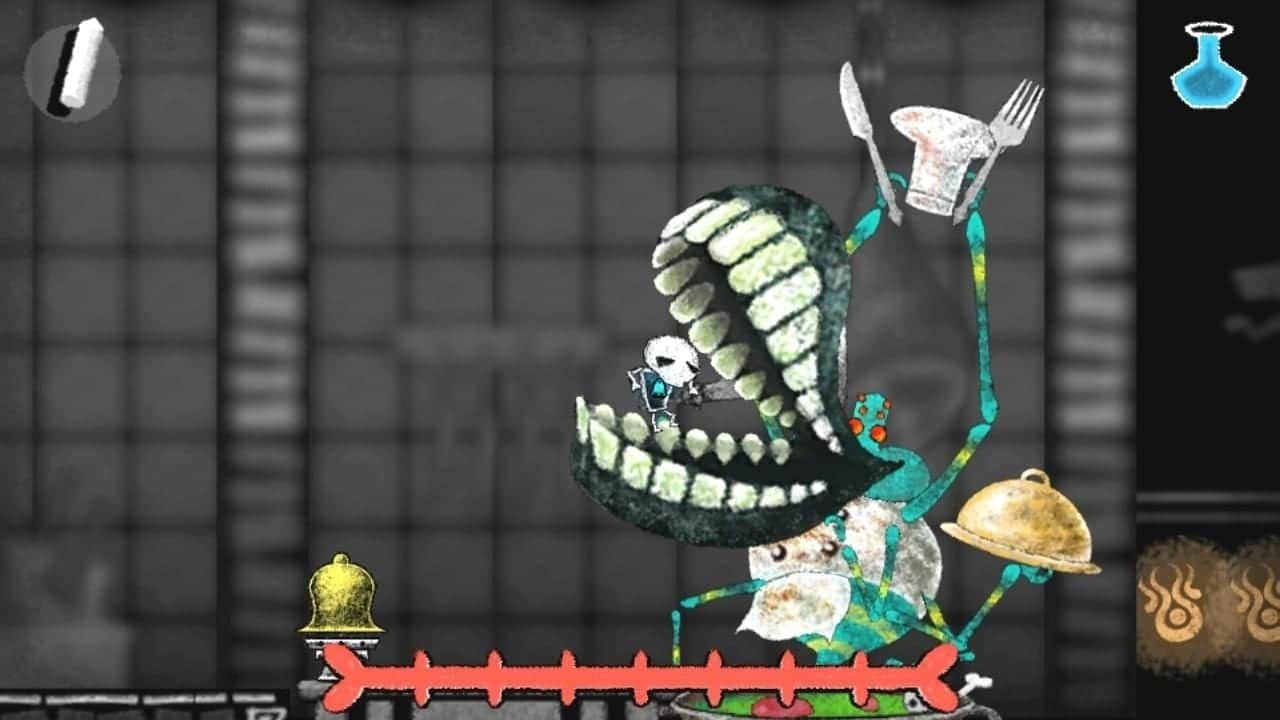 The prince can barely jump at all when carrying the princess, so the potion is never a free ride through a level. Transformation is done by double tapping the front of the screen to turn into a prince and the back touch pad to turn back. This is a little odd, but becomes second nature after a while, especially since the puzzles require the little guy to transform back and forth regularly.

This transformation mechanic works well for the overall game, largely because it gives the player a chance to be more active in their interactions with the princess. Admittedly, she doesn’t really seem to react much to suddenly finding herself being carried around by a princely ghoul, but the change in gameplay style adds immensely to the variety of puzzle solutions the player is required to think up.

Dokuro is an amazingly charming and engaging downloadable title. It’s just the sort of cool and offbeat game the Vita needs. The graphics are terrific, the gameplay is simple to get into but intelligently challenging, and the game is just a lot of fun.