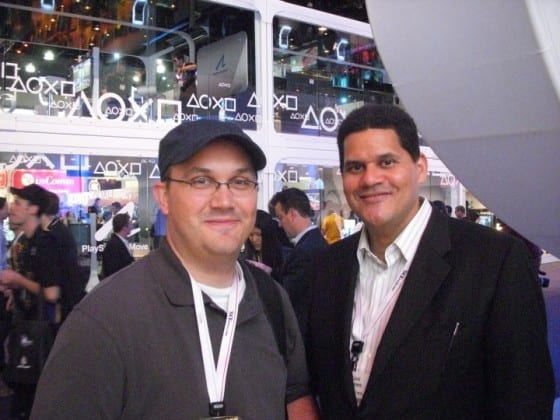 I’ve always been a fan of adventure — and my latest is taking me away from Blast Magazine, and this week I’ll be packing up my stuff and heading out into the wild unknown, away from a job that I’ve known for most of my adult life.

I’ve written for Blast Magazine in some form or another since college. I started off as a tech and games reporter before eventually moving into my current role of Games Editor/Managing Editor just about two years ago. My time with the folks here has been an experience that I’ll never forget — I’ve made some great friends, gone on some fantastic assignments and done things and met people that I’m sure ten-year-old me would have shit bricks over.

I’m not going to pretend it was all fun, I spent many nights that went into the wee hours of the morning playing games for embargo or attempting to secure some form of coverage. Weeks before E3 trips were always the most fun, spending time trying to coordinate different flights and hotel arrangements along with making sure we’re checking out the games that the Blast readers were interested in. Through it all though, it was all worth it whenever we got even a single read, I always felt lucky whenever anyone would read our site or use us as a source. Key moment for me? The review I wrote on Skyrim that gave Blast it’s most hits ever and has still been duplicated. Staff, you now have your goal.

Games Associate Editor Giancarlo Saldana will be stepping into my role and I wish him all the luck in the world — I’ve had the pleasure of watching him turn into a respected and valued writer and editor in my time working with him. He’s going to take this place to new heights — just wait.  Just hope he gets better at trying to navigate the LA subway system, at this last E3, we took the train to Hollywood after the show closed for some food and fresh air. Gian swore that if we got off on a different stop on the way back, we’d have a shorter walk to our hotel. While that was debatable, we also had a walk through some very “entertaining” Los Angeles neighborhoods at night carrying computers, recorders, cameras and iPads. Also, how could I forget our gaming staff, Ivan — even though you’re a Bears fan, you’re a stand-up guy. Go Pack. Corey, our newest staff member — giving you and the 8-Bit guys your first shot is one of the proudest moments of my career. 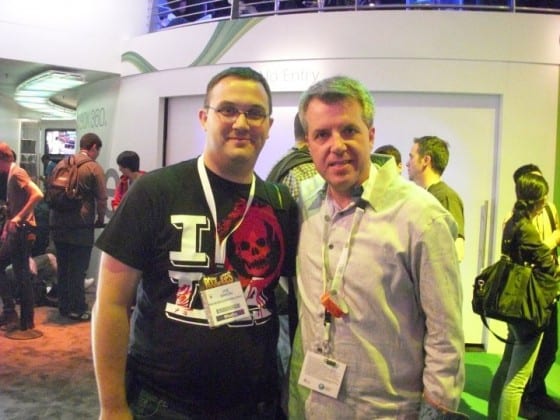 Me with Major Nelson. Not the dead one.

I have to single out Blast’s Editor-in-Chief John Guilfoil. He plucked me out of what I’m sure was a slew of resumes and inquiry letters he got for a new and promising website and gave me a shot — which turned into him not being able to get rid of me. John has become a great friend, and he’ll stay that way, I’ve still got to give him slack for my Packers beating his Steelers in Superbowl 45 a few years ago. Of course, I’ve also got to spotlight all of the PR reps, developers, producers and fellow journalists who have helped me along the way. Guys like Sid Shuman, George Jones, Andy Burt and Dave Rudden all formerly of GamePro were wonderful assets to have in my early days at GamePro. Thanks also to Dan Hsu, Kyle Orton, Terry Terrones and Mark Fuji,

One of the things you don’t hear about in games journalism is just how many real friendships you’ll make, and I had my Wolfpack. Jacob Lopez of Venture Beat, Andy Asimakis of Games Abyss and Tommy Coloma formerly of Otaku X Gamer, who now works for Microsoft have gotten into many adventures, some of which we can;’t really speak of here, but I hope they know that they’ve given me some of the best times of my life. We had frozen yogurt with Yasmine Bleeth in Hollywood, almost died hunting ghosts in the Hills (which also included getting to the PlayBoy Mansion and our driver flashing his lights and honking his horn because he wanted to hear the Peacocks). We may have also visited a prop-yard telling them we were game developers looking for ideas and in the process raised the price on a really creepy rocking horse that one of the Olsen twins had on hold. Our friendship doesn’t end here, just have a Double Double for me, animal style. 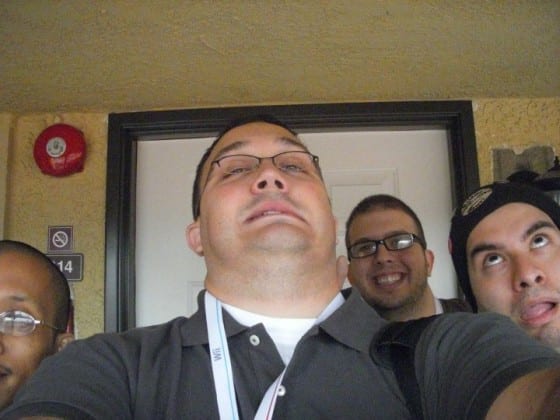 Hide your kids..hide your wife…

So where do I go from here? Tough to say, I’ve got my ideas, but I’m going to hold them close to my chest for now. I can tell you this, I’m going to be stepping away from the Games Industry for a while, and I’m going to use some time to relax, see some family that I’ve been neglecting for three years — and play games for fun. Imagine that. Follow me on Twitter @JoeyGuacamole and keep in touch!