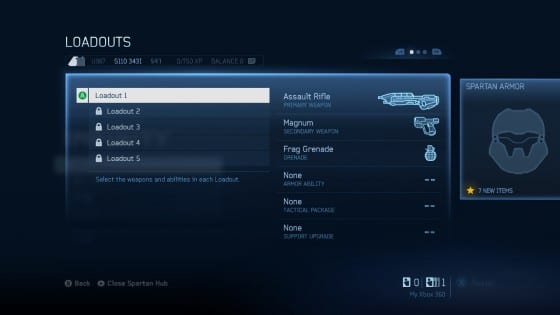 Loadouts may be commonplace among online shooters today, but when it comes to the Halo franchise, the idea is relatively new. Preset loadouts, which received a lukewarm reception when first appearing in 2010’s Halo: Reach, have been dramatically improved upon for Halo 4. Now, rather than all players starting on an even keel, every Spartan is unique.

Unfamiliar with customization, many Halo players may feel overwhelmed. How should I set up my loadouts? Should I base them on map size, weaponry, Armor Abilities, or game type? The answer, of course, is all of the above. So, after extensive playtesting, we’ve created the following guide to sooth your jangled nerves and give you an edge online.

(The following guide does not include upgrades received after unlocking Specializations.) 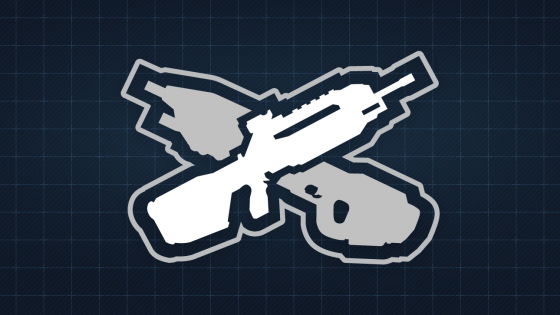 Primary Weapon – Its three-round burst and scope make the Battle Rifle one of the best weapons when it comes to long and medium range combat.  In terms of fire rate and damage however, it’s comparable to both the LightRifle and Covenant Carbine.  As this will be your “go-to” loadout, the choice between the three boils down to individual preference.

Grenade – Whether you prefer the blast radius of the Frag, the sticky ability of the Plasma, or the duration of the Pulse, your best choice here would be with whatever you are most comfortable.

Armor Ability – In this case, it’s best to use an Armor Ability useful in a variety of situations.  I would recommend Active Camouflage, or Promethean Vision.

Tactical Package – In order to use a second Primary Weapon in place of a standard Secondary Weapon, you must use Firepower.

Support Package – Using Sensor to improve both the range and sensitivity of your motion sensor gives you a noticeable advantage over your opponents in any situation. 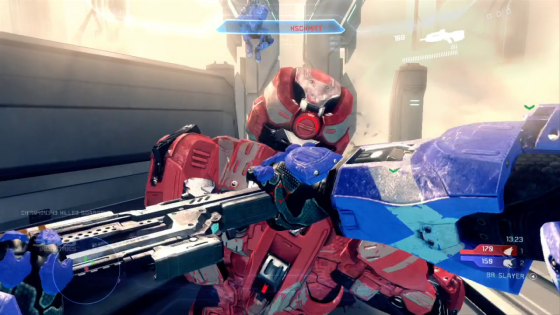 Primary Weapon – The Assault Rifle or Suppressor are best when it comes to close range combat.  However, keep in mind the previously mentioned differences between the two.

Grenade – Since sticking someone is a lot easier at close range, Plasma Grenades are best for this loadout.

Armor Ability – While Promethean Vision and Hologram are useful when it comes to locating and fooling your enemies, not much beats the usefulness of the Hardlight Shield in close combat situations.

Tactical Package – Having a fully charged shield is what separates the winners from the losers in close range battles, so Shielding is best suited for this loadout.

Support Package – When facing opponents at close range, getting off the first few shots is crucial, making Dexterity incredibly useful.

Primary Weapon – After extensive comparison, the DMR proved to be the most effective starting weapon at long range.

Secondary Weapon – When shooting individual rounds, it takes an entire magazine from the Boltshot to bring down foes. However, the ability to kill enemies with a singular charged shot makes it very useful when enemies sneak up behind you.

Grenade – Because of its blast radius and ease of use, the Frag Grenade is best for this loadout.

Armor Ability – There are two schools of thought when it comes to the Armor Ability of this loadout. Using Active Camouflage allows players to walk out into the open to target their opponents without being seen. The Jetpack however allows players to quickly access higher places. Experiment with both in order to see what you prefer.

Tactical Package – AA Efficiency is the most beneficial for this loadout, especially if using Active Camouflage as an Armor Ability.

Support Package – While many may prefer using Awareness in order to see their motion sensor while scoped, Sensor proved to be more helpful when locating targets at a distance. 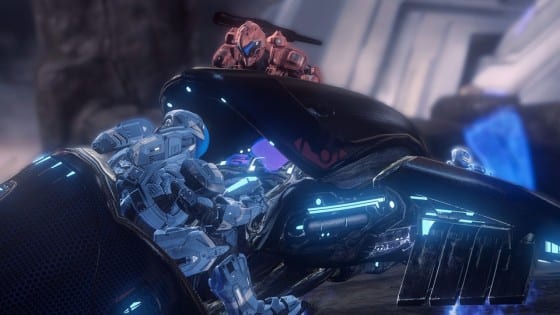 Primary Weapon – After extensive testing, the DMR was found to be most effective against vehicles. Also, maps that contain vehicles are generally large, so it’s best to carry a ranged weapon.

Secondary Weapon – The Plasma Pistol, with its ability to stall all vehicles with an overcharged shot, is a necessity for this loadout.

Grenade – Plasma Grenades are best when it comes to taking out vehicles as they can be stuck to anything that moves.

Armor Ability – The Hardlight Shield was found to be the most useful Armor Ability for this loadout as it can deflect direct shots from the Gauss Hog and Tank.

Tactical Package – Vehicles are pretty much large, moving targets.  So, in order to avoid being regularly picked off of a Warthog turret or a Ghost, use Shielding to get you shields back up as quickly as possible.

Support Package – The extra grenade damage radius granted by the Explosives package is helpful when bringing down vehicular enemies. However, Sensor is incredibly helpful when locating enemies while operating vehicles.  Again, the determining factor here is personal preference. 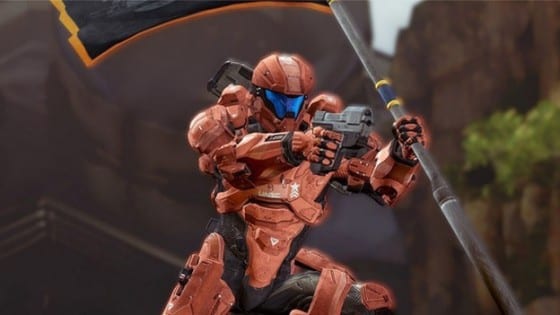 Primary Weapon – Depending on the range at which you prefer to engage opponents in Team based objective game types, the Battle Rifle or Assault Rifle are your best options.

Secondary Weapon – Its range and ability to take out unshielded enemies with a single headshot makes the Magnum the best choice in offensive situations.

Grenade – Because opponents often gather in specific areas during objective game types, the Pulse Grenade is incredibly useful.  Also, their duration makes them handy when ones needs to temporarily close off an area to avoid enemy pursuit.

Armor Ability – Active Camouflage proved to be most useful when it comes to infiltrating an enemy base. But on the other hand, Hologram is perfect for drawing fire from jumpy defenders.

Tactical Package – The infinite sprint granted by Mobility is invaluable when it comes to reaching map objectives quickly.

Support Package – The increased motion sensor range from the Sensor package is perfect for spotting would-be defenders before they see you.

Primary Weapon – When guarding an objective, enemies must come to you. Therefore, using closer ranged weapons such as the Assault Rifle or Suppressor are best for defense.

Grenade – As in offense, the Pulse Grenades are best for turning flag locations and choke points into temporary death traps.

Armor Ability – Promethean Vision and the Autosentry are both useful when it comes to defense.  Also, if you prefer it, you can never go wrong with Active Camouflage.

Tactical Package – If you plan to stand right on specific points that will potentially draw attention from the other team, Shielding is a good choice.  But, if you prefer to stand off to the side and hide, Resupply will keep you fully stocked with grenades as the bodies of attacking enemies begin to stack up around you.

Support Package – Using Sensor to see opponents at a distance gives you more time to prepare for potential attacks on your position. 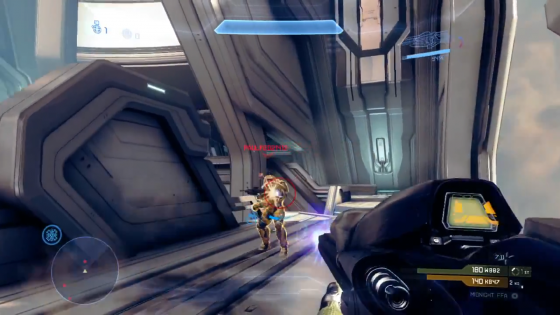 Primary Weapon – You may not rack up a lot of kills with it, but when it comes to taking down shields and getting assists, the Storm Rifle is unmatched.

Secondary Weapon – The Magnum is the best option here in order to make up for the Storm Rifle’s limited range.

Grenade – The range and blast radius of the Frag Grenades make them the best choice when it comes to softening up enemies from a distance.

Armor Ability – In theory, the Regeneration Field should be the most useful for recharging the shields of both you and your teammates. However, after extensive testing, it was found to be more of an annoyance, blurring the vision of anyone inside.  Plus, a well-placed grenade is often enough to kill someone inside the field anyway. The Autosentry was found to be quite useful as both a means to take down enemy shields, and as an alarm when enemies are flanking. Personally however, I found acting as a bullet sponge with the Hardlight Shield to be most helpful to teammates.

Tactical Package – In order to draw enemy fire away from teammates without continually dying, Shielding or AA Efficiency work well.

Support Package – The damage resistance offered by Explosives will keep you alive longer when distracting enemies. 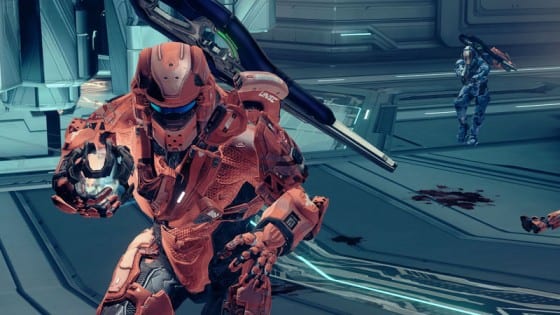 Primary Weapon – This loadout focuses on individual objective games like Oddball or King of the Hill. Therefore, a close range weapon such as the Assault Rifle or Suppressor is recommended.

Secondary Weapon – If you’d prefer to pick off King of the Hill contesters, or drop an Oddball carrier from a distance, the Magnum is a good choice.  However, if you’ve got the timing, the Boltshot’s charged round can often come in handy.

Grenade – Because of its blast radius, Frag Grenades are perfect for clearing a hill or blasting a fleeing oddball carrier.

Armor Ability – In order to spring a trap on an oddball carrier, or go unnoticed just outside of the hill, Active Camouflage is the best choice.

Tactical Package – To get around the map as quickly as possible, Mobility is an absolute must.

Support Package – As objectives are always displayed on everyone’s HUD, people tend to lob grenades, Hail Mary style, in their direction.  To keep yourself alive a bit longer when you’re near these waypoints, make sure to use Explosives.  Also, as some players tend to rack up kills in game such as King of the Hill, Ordinance Priority can be quite beneficial.  Just remember not to call them down while in the hill!

The maximum amount of customizable loadouts available at one time is five. So, after consulting the above guide, make sure to choose the loadouts that are best suited to your play style. Remember, this guide should only serve as a jumping off point, so feel free to tweak, or even combine any of these loadouts. If you find a way to improve any of them, let us know in the comments!