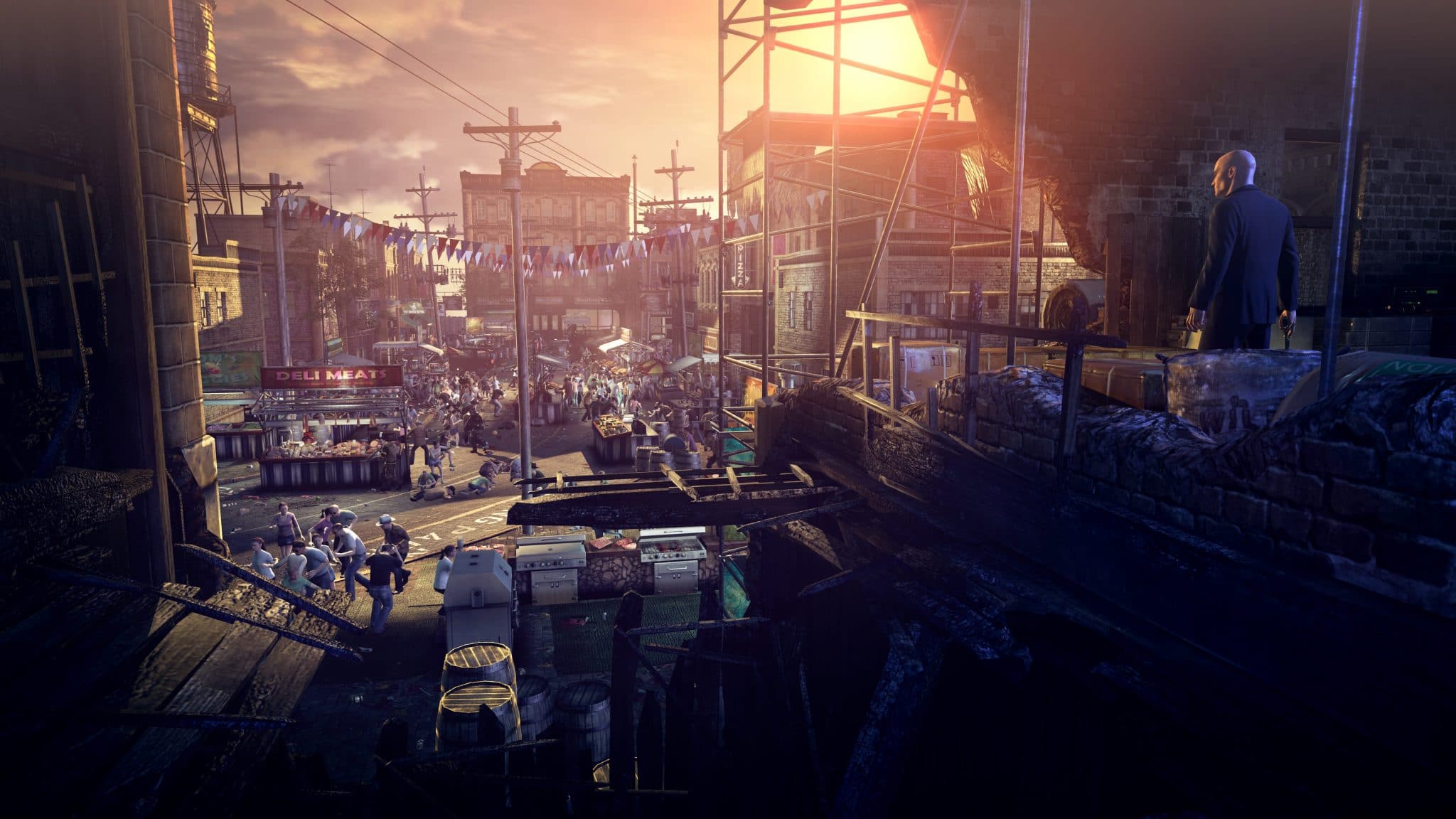 Killing someone is easy. You can shoot him in the head, stab him with a knife, or push him off a ledge. But if writers didn’t think out of the box and wow audiences with creative displays of bloodshed, movies wouldn’t be so exciting. The same holds true to a video game like Hitman: Absolution that focuses on the straightforward act of killing but gives players the tools to take out their targets to their liking. The end result is a different kind of Hitman game that focuses on choice and yet is the closest players will get to feeling like a true assassin.

Fans of the series should know that Absolution takes place after the events in Blood Money have been resolved. The game’s first mission serves as both a tutorial that introduces players to features new to the series and as a prologue that explains why Agent 47 is now on the run. After meeting an old friend that also happened to be a contract, the stoic protagonist makes a promise to keep a mysterious girl safe, much to the dismay of his agency and a sadistic businessman that wants her for himself. The game essentially follows Agent 47 as he eliminates targets that threaten her safety and hold the answer as to why she’s so valuable. But because he’s also a wanted man, players will also need to sneak past the authorities in more stealth-oriented levels. It may follow a linear progression, but the game lets you play it however you want.

While most enemies can be quickly dispatched by a bullet to the head, what makes Absolution so much fun is that it provides you with plenty of ways to complete your objectives. For instance, in one level you’ll need to kill just one person standing in the middle of a crowded Chinatown square, but what makes this simple task so complex (even slightly overwhelming) is that the game offers you over a dozen different ways to accomplish this. Will you disguise yourself as a food vendor and feed him poisoned food? How about posing as a drug dealer and luring him into a dark alley? The choices seem endless. The more intricate deaths reward you with points that help you unlock passive buffs that make your job a little easier too. But the real reason you’ll want to spend time going back to each level is to improve your score and unlock each level’s mini-achievements that reward you for the more unique assassinations. Your scores are also broadcast to the world, so you’ll always get a feel of how other assassins are completing their missions. 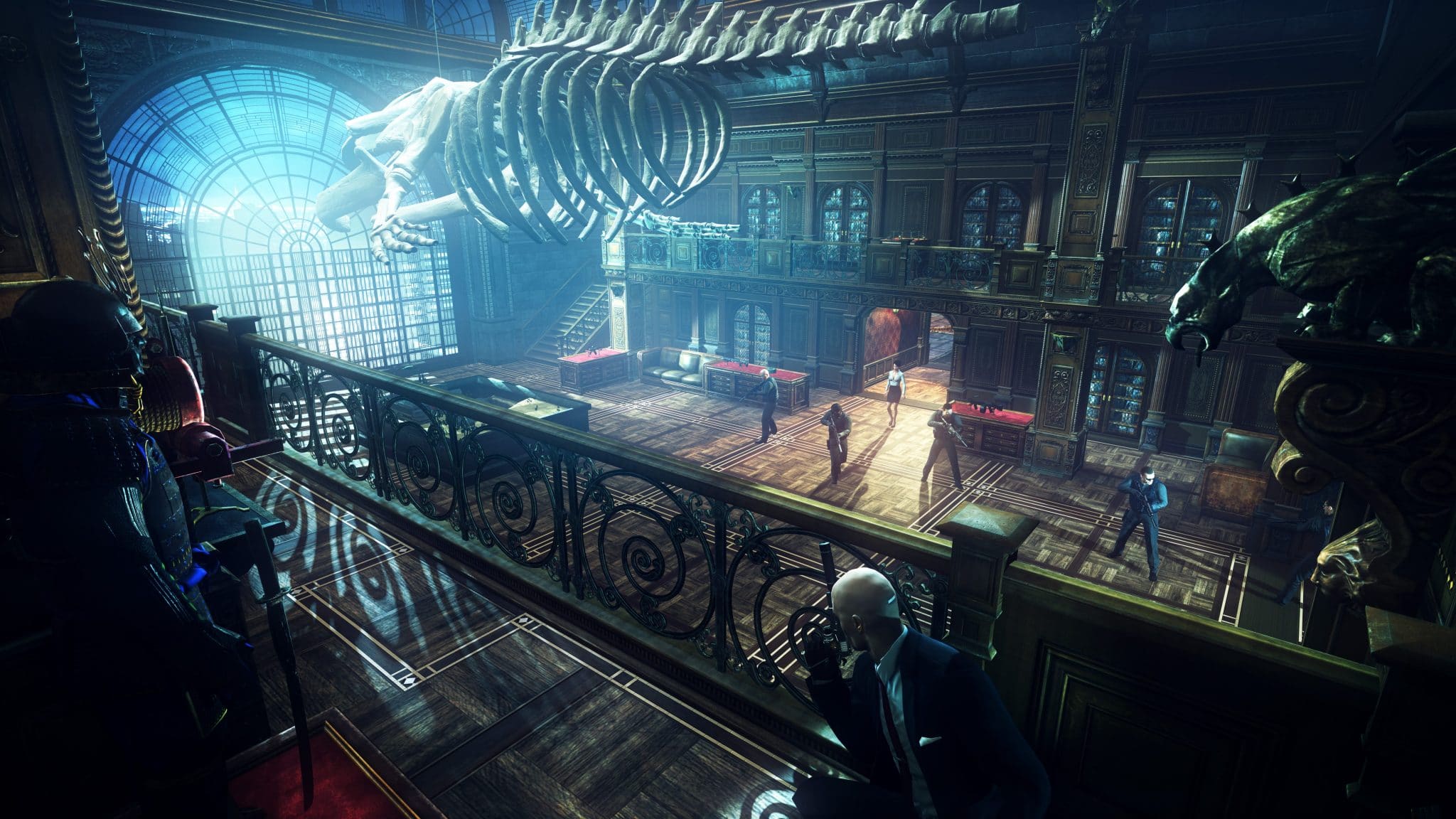 These open-ended levels also showcase the game’s dark art style and graphics engine, capable of putting hundreds of characters on-screen at one time. Not only do these dense crowds look realistic, especially when you realize each person is acting and moving independently, but they also provide the perfect cover for hiding. Framerate never suffers, so navigating through these levels feels smooth and really makes the game come alive even amid its dark, almost depressing environments.  Absolution’s full presentation, including its graphic cutscenes, and countless lines of offensive and humorous dialogue, easily pull you into its unforgiving world.

Stealth is still a main component in this Hitman game – even during the assignation levels – so you’ll be rewarded by how well you maintain a low profile. Some of the more elaborate killing feel like giant puzzles, so you’ll need to be mindful of your environment and people’s movement patterns to find out where they’ll be going next. You’ll progress through the story by killing targets but also by sneaking past enemies and making your way to the next checkpoint. You can take your time, take cover, and throw things like bottles to diver enemy attention, or you can always get caught and play the game like any over-the-shoulder shooter too. Points are also awarded for headshots, clean kills, and streaks, so even if you decide to forego hiding in the shadows, you’ll never feel like you’re being penalized for doing so.

As smooth as gameplay is, the game suffers from an antiquated checkpoint system that forces you to find a checkpoint and manually activate it. The problem with this, of course, is that you might completely miss one and be forced to restart an entire level from the beginning if you end up dying before completing your objective. In fact, when we first played through the game, we actually thought the game saved automatically because we never ran into these checkpoints. This system definitely adds a layer of frustration, as well as difficulty, to an otherwise enjoyable game.

In the easier difficulty settings, Agent 47 has access to an Instinct meter that gives him a better view of his surroundings. Accessing it lets you see enemies in other rooms, key objects you can tinker with, and even someone’s walking route. Once you’re wearing a disguise, you can also use Instinct to fully blend in with the enemy. Your meter decreases over time, and is refilled after performing skills or completing objectives so it’s always there only if you need it, though it does make a few of the trickier levels a whole lot easier. The hardest difficulty setting removes this meter altogether and is the perfect way for purists and fans of the series to experience this Hitman game.

Agent 47’s Instinct can also be used aggressively for point shooting. During gunfights, the action will slow down drastically, allowing you select the targets you want to shoot. After you’re done, all you have to do is press a button to see Agent 47 put his Silverballers to work. The quick cutscenes look great, but as with any Instinct perk, you don’t never really need to use point-shooting if you don’t want to. There are, however, some instances when the game forces you to use it, removing the sense of action and intensity being shown on-screen. 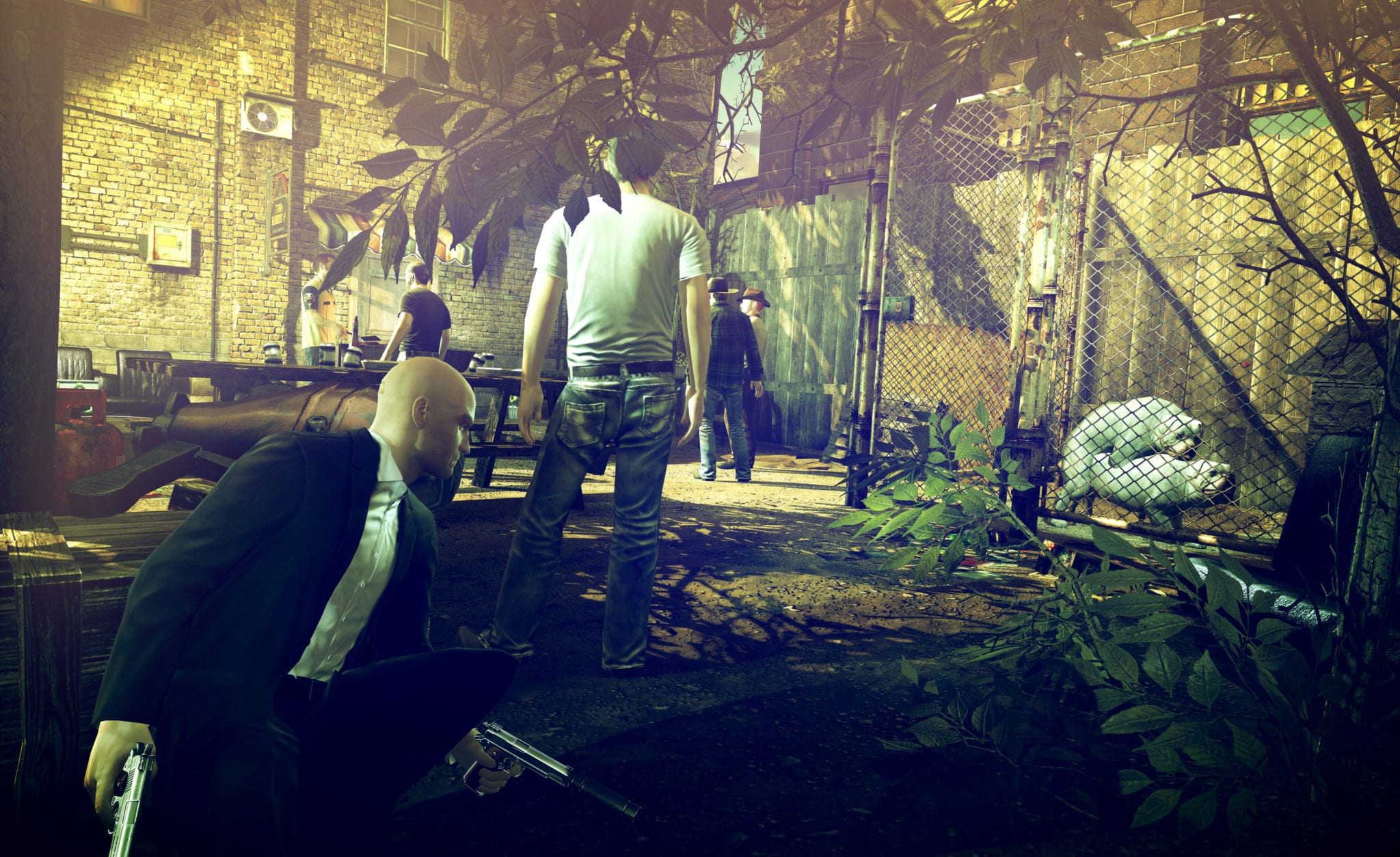 In addition to playing through the game’s 10-hour long single player mode, players can also create their own contracts in the game’s asynchronous multiplayer mode. While you’re not really getting anything new in terms of the levels you’ll be playing through or the people that you’ll see, Contracts mode lets you revisit old sites and kill whomever you want in whatever style you want. After you finish creating your contract, you can then share it online to challenge other players to beat your score. The possibilities really seem endless and each contract you take on gives the game’s levels new life.

Hitman: Absolution is a brilliant stealth title, but it’s a great action game too. IO Interactive has done a great job making sure players have all the tools necessary to play it how they want, whether they’re fans of the series or have never heard of Agent 47. The game takes the series to a different level by forcing players to be smarter assassins and more mindful of their surroundings, and the added Contracts mode keeps the game fresh for as long as there are players feeling creative. What you’re ultimately left with is a game worth every minute of your time.