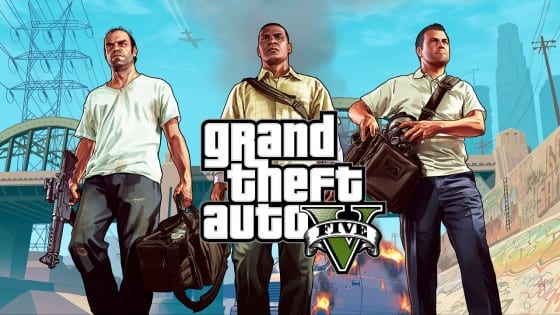 Rockstar Games officially announced today that the second trailer for the highly anticipated GTA V will premiere tomorrow at 4:00 p.m. GMT.  Initially slated for release on November 5th, the trailer was postponed due to the effects of Superstorm Sandy. Normally, postponing a release date, especially that of a trailer, wouldn’t be such a big deal.  However, because of the change in date, viewers will now be able to scrutinize every second of the trailer armed with the knowledge provided by the game’s massive, 18-page spread in the December issue of Game Informer, released digitally on November 8th.

It remains to be seen whether the trailer will focus on the relationships between the three protagonists (Michael, Trevor, and Franklin) and their character-specific mini-game activities, the expansive environment said to be “bigger than that found in Red Dead Redemption, GTA: San Andreas, and GTA IV combined”, or the atmosphere of contemporary L.A. culture.  One thing however is certain: more than a few people will be trying to watch this trailer at 4:00 p.m. GMT.  So, if you want to avoid the hustle, bustle, and slow loading times you may experience at rockstargames.com, check back hear as we’ll have the video up as soon as it goes live!

UPDATE:  The trailer has arrived!  Rather than waste time reading about it, check it out for yourself!