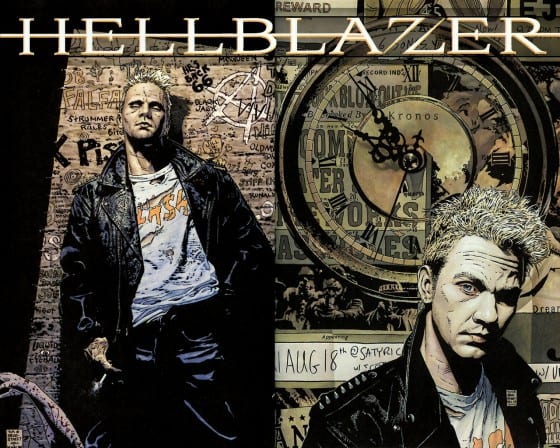 John Constantine is about to take a much needed break as DC Comics and Vertigo have canceled Hellblazer, their longest running series. The title’s near 30-year run will end with issue #300 and conclude the current arc, Death and Cigarettes written by Peter Milligan with art by Giuseppe Camuncoli and Stefano Landini.

Fans of the character need not worry though, as that break will be a short one — John Constantine is an important part of DC’s current major event — The New 52, appearing in Justice League Dark and being the star of his own brand new series Constantine in March of next year, written by Robert Venditti and drawn by Renato Guedes.

“He’s going to be the same age that he is in Justice League Dark and the same character that people know and recognize — the drinking and smoking, the con man aspect of him — that’s going to be very much part of the series,” Venditti told the AP. “The mission is very much the same. While I’m aware of all the rich history, I can’t look at it from ‘How am I going to compete with that?’ I am going to come to the book and tell the best stories that I can.”