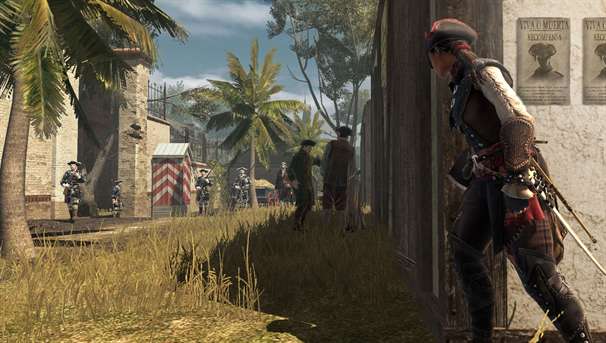 What made its debut on consoles five years ago, the Assassin’s Creed series has since managed to sneak its way onto handhelds and mobile devices. These portable titles lacked the execution and graphics power to fully capture the essence of what made the games so engaging to begin with and merely served as spinoffs that seemed far removed from the experience its console counterparts provided. It’s refreshing, then, that the PlayStation Vita lets Assassin’s Creed III Liberation look just as good as any other main game in the series and lets it play just as smoothly. However, like its beguiling protagonist, looks can be deceiving.

Liberation takes place during 18th century Louisiana and follows the story of Aveline de Grandpré, a young woman of mixed African and French heritage, who gets involved in the conflicts between the Assassins and the Templars during her own struggles to free the slaves. What serve as the perfect ingredients for a story about ambiguity, acceptance, and perhaps even identity are simply ignored. There really is no clear explanation as to what Aveline’s true intentions are nor does the game provide a backstory or context that explains them to you. The Assassin’s Creed series is known for its rich retelling of historical events, but Liberation doesn’t use its setting or its characters to their fullest potential, leaving players with a story that is segmented and lacking clarity. 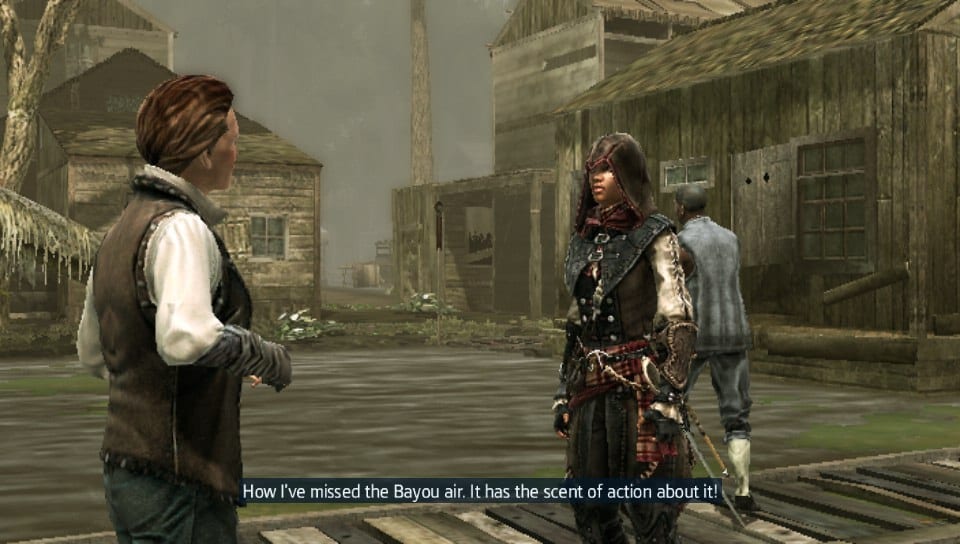 Conversely, what Liberation does excel at is how effective it is at welcoming you to the various different environments you’ll travel to. Walking through the streets of New Orleans with the setting sun at your back, you’ll be amazed by how Ubisoft managed to recreate such ambience in a Vita game. Its soundtrack also features the right blend of strings and tribal sounds that complement its visual splendor. Its graphics look very impressive, but there are moments when the framerate hiccups or when the music suddenly stops playing. We also encountered a few bugs that made us get stuck in between two surfaces and made our target show up with half his body below the ground, forcing us to restart our mission a few times. Thankfully, these issues are rare and don’t tarnish the overall action in the game.

In fact, the majority of the game’s missions are the perfect blend of action and stealth, providing enough diversity to make them fun to play through. Usually you will need to assassinate a target in secrecy or tail someone without being seen, but most of the time you’ll be wading through swamps or climbing buildings to reach better vantage points for your killings. Liberations is full of platforming elements, but controls are very lenient allowing you to cling to surfaces unless you need to actually jump off them. Environments are also more organic, allowing you to travel through the trees and explore ancient ruins. The game may look and feel like an Uncharted title at times, but it will never force you to run off a ledge.

Taking advantage of Aveline’s mixed heritage, the game incorporates a blending system that allows you don three different outfits, or personas, giving you different ways of handling situations. The assassin persona, for example, has full access to all weapons, but risks standing out to authorities. Likewise, the slave persona can easily attract attention, but can blend in with other servants at a moment’s notice. Finally, the lady person is the slowest and weakest, but she can get away with bribing and charming guards to distract them away from their posts. It may not give you complete control over how you play every mission in the game, but this system give you a break from the usual jumping and climbing and give you different perspectives of 18th century life.

Ubisoft also did a great job of incorporating the full features of the PlayStation Vita into the game. Changing weapons or viewing your map can all be done via the touchscreen icons, but Liberation never fully surrender itself to touching or gestures and provides a good balance of touch and traditional controls. There are some in-game moments, however, when you’ll need to decode a map by pointing the camera to a bright light and rotate the system, but this was more of a hassle than a neat feature and didn’t feel as responsive as it should have been. 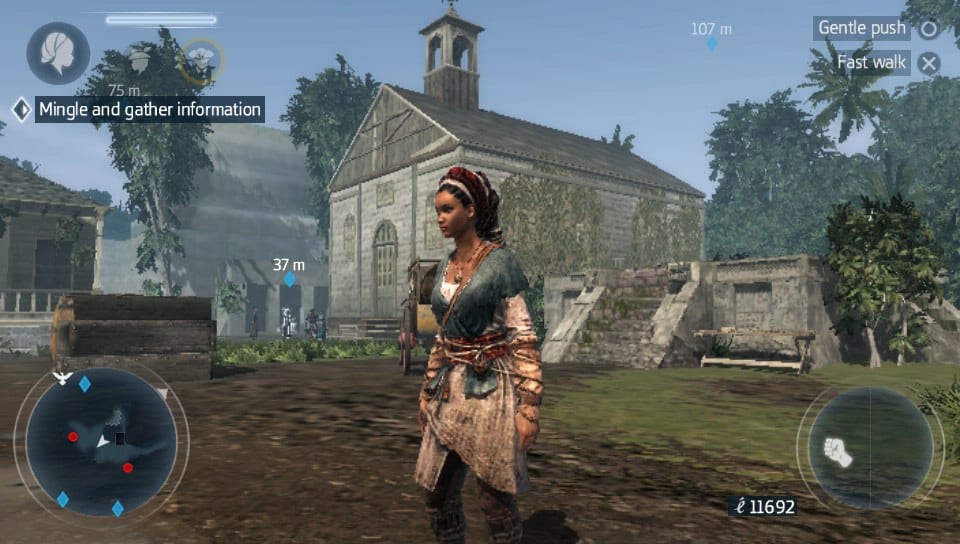 Likewise, the game’s bizarre asynchronous multiplayer mode feels more like a Facebook game than anything else. The main objective is to take over the world as either a Templar or an Assassin by tapping on a country node and sending out your forces to defend the area. A battle’s outcome is decided by how your character’s stats stack up against your enemy, so there’s no actual fighting or direct control involved making this mode ultimately feel boring. With so many sidequests to do in the game’s single player mode including a ship trading minigame, Liberation’s multiplayer mode really doesn’t seem necessary.

Liberation is very much like an amuse-bouche to Assassin’s Creed III – bite-sized and appetizing, but lacking enough depth to give you a complete idea of what the series is capable of. It definitely provides a few memorable moments that truly welcome you into its world, but it lacks a smooth transition and explanation to make it a full-fledged adventure. Liberation is fun to play, but it ultimately feels like a fun side story that piques your interest and prepares your palate for Connor’s main offerings in Assassin’s Creed III.