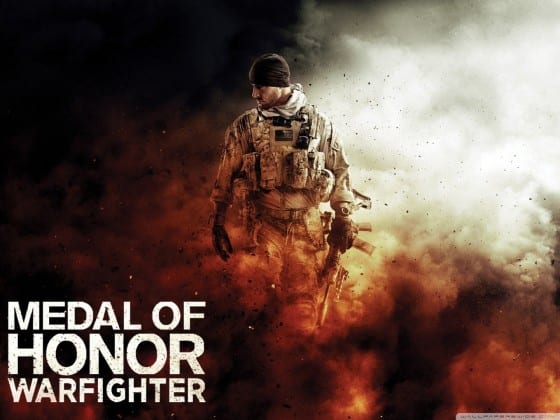 Not only is Medal of Honor: Warfighter, the latest in the long running shooter series from EA and Dangerclose disappointing, it borders on embarrassing. It plays like a page ripped directly from a “how to make a first person shooter” guidebook, but it sometimes messes all of that up and gives you a buggy, by the numbers and lackluster experience that you’ll forget soon after you start playing.

But it didn’t have to be like that. In fact, Medal of Honor: Warfighter starts out rather ambitiously. The game picks up the stories of Preacher, Mother and Voodoo from the last game, and it attempts to tell a more human version of their story. Sadly though, attempts is the key word, as the game rarely tries for real emotion and rather merely relies on stereotypes of what the media portrays a soldier’s life to be like. Marvel at the thrilling emotion of stereotypical amry wife talking on the phone and looking longingly out the window! Feel for our main characters as they try to enjoy a family dinner at a cafe. So gripping!

It’s all just what you’d expect from a Michael Bay movie, stories ripped from the headlines where the moments are merely filler in between gigantic action set pieces It fails in comparison to a game like Spec Ops: The Line, which did an incredible job at getting into the character’s heads and presenting a gripping and engaging narrative. There’s none of that here, just a lot of cheap filler in between big action set pieces where you look down iron sights.

Of course, that would all be a bit more acceptable if Warfighter at least tried to do something different, but rather it doesn’t and merely tows the line and steals from the playbooks of every military shooter that’s come before it. It’s all here, you’ll shoot at the same bad guys in the same locations with the same guns you’ve used in every Call of Duty and Battlefield before. But here’s the kicker — it does a lot of these moments worse than what’s come before.

Warfighter is an incredibly scripted experience, and your AI partners will carry out their pre-written actions regardless of what’s going on around them. Say for instance you’ve flanked an entire squad of enemies and all that’s left is a machine gunner on the complete opposite side of the screen; your squadmates will still carry out their actions as if all of those enemies were still there, regardless of if it puts them in harm’s way or not.

This is all combined with the utterly cheap feeling that persists throughout the Warfighter experience. Guns never have a real weight to them, feel incredibly inaccurate and they sound like plastic props when being fired, even with impressive sound equipment. Perhaps most cheap is how the game insists on not just holding your hand through what could be fun sections, but grabbing your wrist and dragging you through them. There is no room for improv here and missions must be played out the way the game says — there’s even a point early on in the game where you’re literally led to a window and forced to shoot a sniper rifle, all with very little interactivity.

Of course, like most Modern military shooters, Medal of Honor comes packed with an extensive multiplayer suite, but sadly it too does little to differentiate itself from the competition. It’s not that it doesn’t try, the game does use a novel approach of employing special operatives from a number of different nations, but it can’t help account for the terrible map design, cluttered HUD and prodding pacing. If Warfighter has any legs its in the multiplayer, but that’s not saying much at all.

Years from now, when we look back at this console generation, Medal of Honor: Warfighter will be remembered as the straw that broke the proverbial camel’s back — if it’s remembered at all. It’s the definition of a lazy cash-grab that doesn’t try to do anything but emulate what came before it and it does so badly. There is fun to be had here, but it’s nothing you can’t find for a third of the price elsewhere.