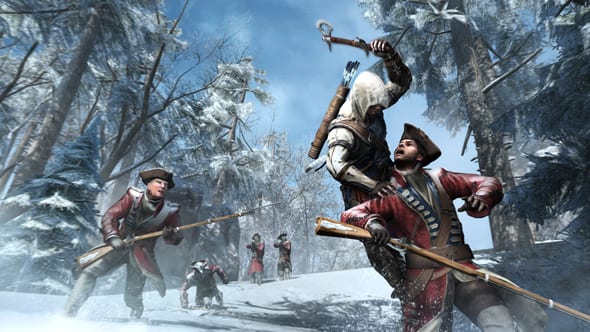 Back in March, Ubisoft announced that Assassin’s Creed III was on track to becoming the highest pre-ordered game in the company’s history, so it was only a matter of time until it happened. Already, the game’s pre-order numbers have more than doubled those of Assassin’s Creed Revelations, Ubisoft’s previous record holder.

“Pre-orders for Assassin’s Creed III at GameStop are nearly 100% higher than last year, putting the game on track to be one of the top titles of 2012,” said Tony Bartel, president of GameStop. “In addition, Ubisoft is offering high quality DLC available at launch to bring even more excitement to this title.”

Assassin’s Creed III releases October 31 for PlayStation 3 and Xbox 360, November 18 for Wii U, and November 20 for PC.  Fans still have time to pre-order the game and receive retail-exclusive DLC.