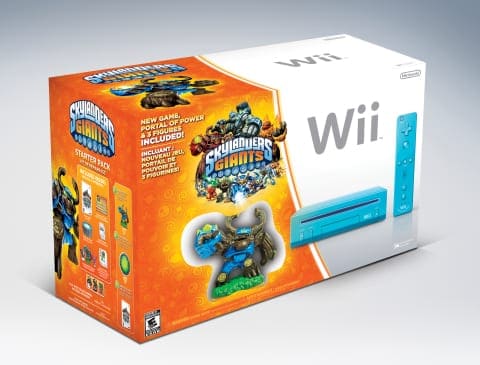 Nintendo is most likely aware that Wii U may be on everyone’s minds right now, but they also know the Wii (minus the U) still has some selling power. Just in time for the holidays, Nintendo is releasing two Wii bundles that come with a copy of Ubisoft’s Just Dance 4 or Activision’s Skylanders Giants.

Both packs come with a Wii Remote Plus and a Nunchuk attachment, but the Skylanders Giants bundle (which features a blue Wii console) also comes with one Portal of Power, two Skylanders characters and one exclusive Giant Skylander. It retails for $149.99 while the Just Dance 4 bundle costs $129.99.

Both will be available starting November 4.