When the first Retro City Rampage trailer surfaced two years ago, it promised something almost too good to be true: an original, downloadable, retro-styled, free-roaming, pop culture referencing, crime simulator. Vblank Entertainment, have you been reading my diary? However, successfully creating a game that parodies properties considered practically sacred to an entire generation of lifelong gamers is a lofty goal indeed.

While it seemed impossible that Retro City Rampage could live up to expectations, on October 9th Vblank Entertainment’s creation was finally let loose upon the world via Steam, PSN, and PS Vita (with an XBLA release soon to follow). Thankfully, not only does the game look and sound marvelous, but it’s incredibly fun to play, blending old-school themes, with various modern gaming mechanics to create an experience that is both new, yet deeply familiar.

But best of all, RCR is so densely packed with references, it’s enough to make even the most cynical, 30-something, pop-culture junky games journalist squeal with delight. To show you what we mean, we’ve compiled the following list of 51 of the subtle, and not so subtle, references we found in just the first 10% of Retro City Rampage. (WARNING: SPOILERS!)

In order to reach 88 mph, you must mow down pedestrians. Seriously. 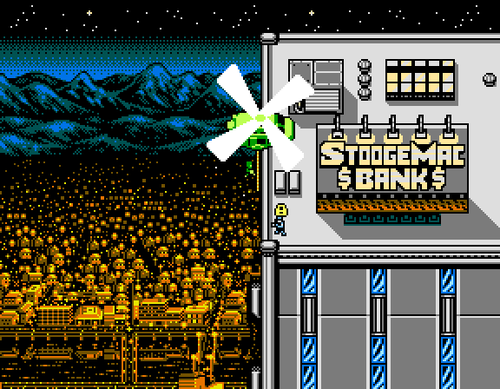 Make sure to sneak into that truck before are begin to move. 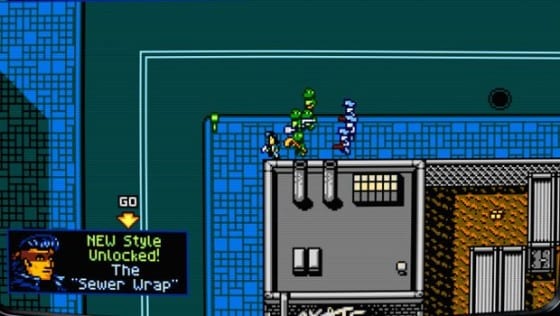 These turtle boys won’t cut you no slack.

Keep in mind that all these were found after completing only the first 10% of the game! To experience all that Retro City Rampage has to offer, check out the game on Steam, PSN, or head to http://www.retrocityrampage.com.  If you find anything we missed, let us know in the comments!