You know that feeling you get when you’re really having a bad day? That feeling like the whole world is against you and there must be some greater power getting some sort of sick satisfaction on your pain? You may be on to something.

Physicists apparently have evidence that the universe — meaning everything you know and love, is part of a computer simulation. 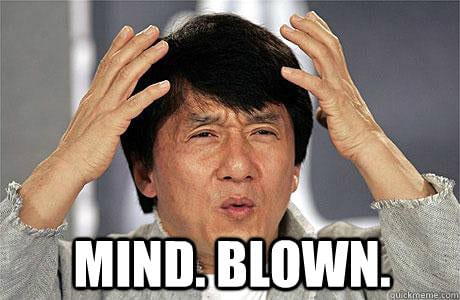 Maybe we should boil this down a bit. Apparently physicists have created a computer simulation and it reportedly looks..well, it looks just like us.  This relates back to a long debated theory that any civilization worth its salt and with the right technology would eventually create a computer simulation of itself…like we just did. And of course over time those simulations would eventually grow capable of creating simulations of their own. In the broadest of terms — with all of those simulations out there, the odds of us being the original are quite slim.

This is all discussed in a a paper named ‘Constraints on the Universe as a Numerical Simulation’ by a team of researchers at the University of Bonn in Germany led by Silas Beane, which appears to lend credibility to this theory. The paper details that a simulation would put limits on certain aspects of its own program. Think that saves us? Think again.  The paper goes into detail about just how our own society puts plenty of limits on our society and that these limits practically mirror what a simulation would do.

Let that sink in for a bit.