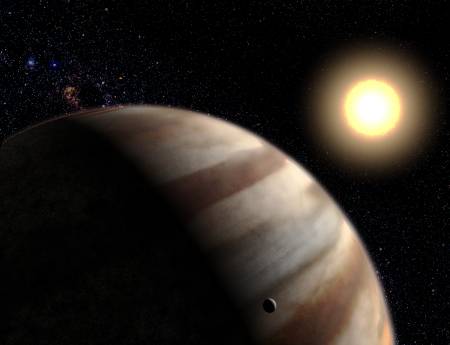 The European Space Agency (ESA) has announced the discovery of a brand new planet that’s roughly the same mass as Earth located within Alpha Centauri,  the solar system closest to our own. With Alpha Centauri only 4.3 light years away, the discovery is an exciting one.

European astronomers have discovered a planet with about the mass of the Earth orbiting a star in the Alpha Centauri system – the nearest to Earth. It is also the lightest exoplanet ever discovered around a star like the Sun. The planet was detected using the HARPS instrument on the 3.6-metre telescope at ESO’s La Silla Observatory in Chile. The results will appear online in the journal Nature on 17 October 2012.

Alpha Centauri is one of the brightest stars in the southern skies and is the nearest stellar system to our Solar System – only 4.3 light-years away. It is actually a triple star – a system consisting of two stars similar to the Sun orbiting close to each other, designated Alpha Centauri A and B, and a more distant and faint red component known as Proxima Centauri. Since the nineteenth century astronomers have speculated about planets orbiting these bodies, the closest possible abodes for life beyond the Solar System, but searches of increasing precision had revealed nothing. Until now.

So what’s next? According to The Washington Post’s Brian Vastag, SETI will begin to scan for radio signals in hopes of finding intelligent life.