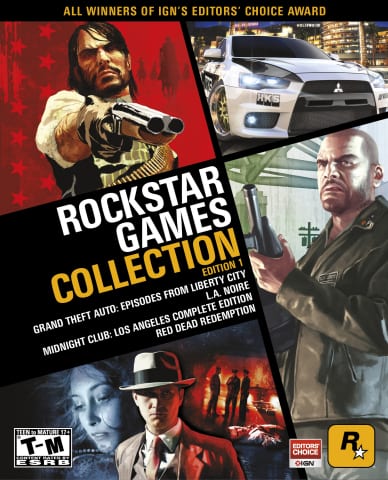 Rockstar Games is releasing a pack of their best titles next month in a convenient box set titled Rockstar Games Collection Edition 1, hinting that this is the first of many bundles to come (we hope). In the box, you’re getting Red Dead Redemption, L.A. Noire, Midnight Club: Los Angeles Complete Edition, and Grand Theft Auto: Episodes from Liberty City featuring The Lost & the Damned and The Ballad of Gay Tony.

The box set is available November 6 for both Xbox 360 and PlayStation 3 for $59.99. If you’ve already played these games, why not give them to someone who appreciates a little open-world carnage this holiday season?