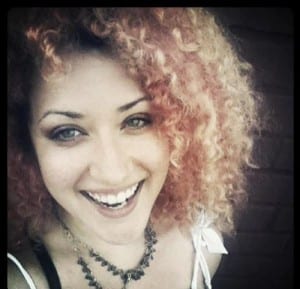 Leigh Alexander is no stranger to video game journalism.  In approximately 5 years she has gone from writing her own personal weblog, Sexy Videogameland (which she still maintains) to becoming Editor at Large at Gamasutra.  She’s also a writer for The Creators Project and often writes freelance for EDGE Magazine.  Her writing, which often focuses on social media and modern gaming culture, has appeared in Thought Catalog, Variety, Slate, L.A. Times, and many other publications.  After delivering a brilliant keynote address at last week’s Boston Festival of Indie games, Blast got the chance to sit down and pick the brain of the lovely and talented Leigh Alexander.

Blast Magazine: So what made you want to start writing about video games?

Leigh Alexander: I just started doing the kind of writing that I wanted to read, which I wasn’t finding much of. Most of it was product reviews done by white dudes and I wanted to write about the experience of games in a way that felt relatable for me, so I started doing that.

BM: In your keynote address you mentioned Heavy Rain as the unfortunate product of what happens when video games try to come off like interactive movies, and that these two mediums should remain separate.  Do you consider this to be one reason why there are so few, if any, good video game movies?

LA: Yeah, it doesn’t translate.  Video games are at their best when they’re abstractions. For example: when you’re playing Street Fighter, you’re not playing for the story, you’re playing for the active experience of fighting. It’s better to have a simple construct of what these players are in a game like Street Fighter. They have their funny and vaunted backstory that’s amazing for a fighting game, but when you try to sustain it across the length of a two hour movie it completely falls apart. Games are not designed the way that movies are. Characters in games don’t play the same role that film characters do. That’s why I think it’s challenging to make movies based on video games because they require completely different characterization and storytelling techniques. 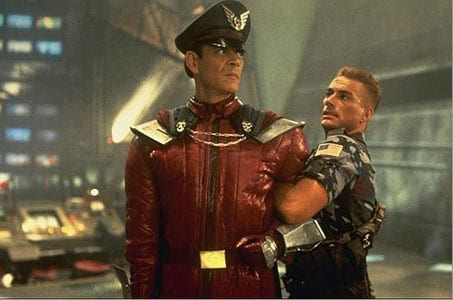 BM: You mentioned the gradual reemergence of old game trends in your keynote.  How do you feel about the recent rise in popularity of new 2D side-scrollers such as Klei’s Mark of the Ninja, and TellTale Games’ new take on point and click adventure games with The Walking Dead series.

LA: I love it. I’m not really interested in hyper-realistic first-person games. I think that they are so limited because the tech does so much of the creative work. All you can really do in that format is go from one objective to the next.  It’s very fun for a certain type of experience to play a hyper-realistic first-person game, but I think that there is so much more opportunity for creativity and engagement with more traditional design forms.

BM: So would you disagree with 2K Games Global President Christoph Hartmann’s recent assertion that in order for games to be truly emotionally effective, they need to be photo-realistic?

LA: Yeah, I completely disagree.  I don’t think that we can discount photo-realism completely because there are some interesting things that can be done with it, but I really think that the strength in games is not in simulating reality, but in providing engaging, abstract experiences. Photo-realism does all the work of creating the experience for you and you have no choice but to passively consume it. It’s almost at odds with the nature of games, I think.  I don’t want to discount the careful use of realism because when I played Final Fantasy VII I would play for the reward of those cut scenes. It’s a completely different paradigm now because cut scenes are seen as something to suffer through and it doesn’t feel like a reward because the rest of the game is so realistic. I think the selective use of realism is nice when it’s coupled with an experience that features more of an abstract interface. 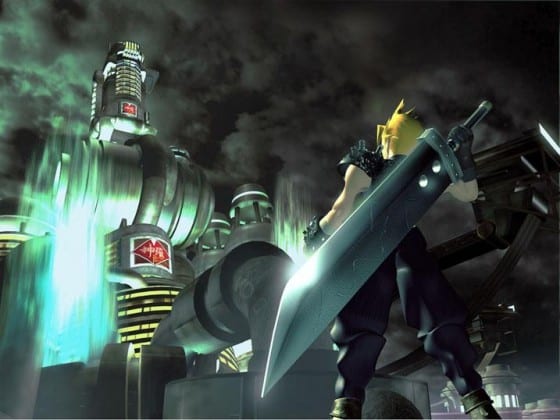 The glory days of the cut scene.

BM: As someone who clearly respects the medium and the notion of a developer’s vision, how did you feel about the enormous fan backlash and petition to change the ending of Mass Effect 3?

LA: I tend to come down on the developer’s side, but it’s very complicated. I think that gamers are often prone to adopt a mob mentality, and we are in an era where it’s very important to see games as a service because they are online and the model of “games as a service” is quite real now. But, if taken too far, I think that model deprives the ability of the developer to impose a creative vision, which I think is pretty important. People didn’t like the end of the Sopranos either, but no one formed a petition online to tell HBO to air another ending.  I don’t like making TV/game comparisons because what people expect from a game is different from what they expect from a show. Maybe because they were in control of that character across three games they wanted some say in the outcome, but it’s complicated for that reason.

BM: I know you haven’t had a chance to try any of the indie games here at the festival yet, but can you think of any indie titles in particular that you would recommend to our readers?

LA: I love the work of Christine Love.  She makes storytelling games about relationships and her game Digital: A Love Story skins your computer like an old, turn of the internet, late 80s BBS.  I love it.

BM: As gaming is a relatively young medium in comparison to books, television, and cinema, it generally does not receive much respect from mainstream culture. Can you think of any pieces of external media that appreciate gaming and game culture?

LA: There are some video game culture books, but I think they count as coming from inside the community. I think that other media demonstrates wider culture’s lack of understanding for games as a sophisticated discipline. If someone is ever shown playing a video game it’s either to establish that they’re lazy, a nerd, or a serial killer. Watch TV and try to find a gamer that just happens to be playing video games. They see no reason to show that behavior as integrated into people’s lives unless they are trying to make a statement about that person’s character. There are books and comics that come from within gamer culture like Ready Player One and Scott Pilgrim, but outside of it, I don’t think that there is wider cultural understanding in the mainstream media, but then again I don’t watch a lot films.

BM: Thank you very much for your time and enjoy the festival!