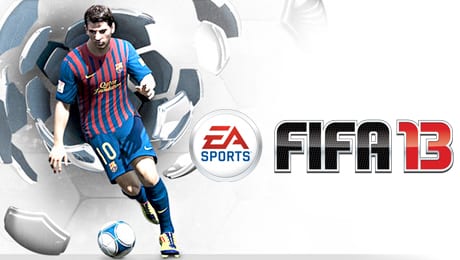 Developed by: EA Sports
Published by: EA
Genre: Sports
Platform: PlayStation 3, Xbox 360, PS Vita, Wii, Wii U, Nintendo 3DS
What works: The gameplay has been polished to the point of perfection. The best game of virtual soccer you can play. Not to mention the amount of game modes will keep you coming back for months
What doesn’t work: Improvements are minimal this time around. Casual players will find very little different from last year.
[rating:4/5]

When it comes to yearly sports franchises, few have maintained the level of quality that FIFA Soccer has put out. Ever since FIFA 09, the folks over at EA Sports have brought the quality of the series up consistently every year, and held it above the competition. While FIFA 13 may not be as massive a jump in improvement as 2012, the additions only benefit the game and make it an even stronger contender.

The most notable change to the formula comes in the form of “first touch control.” This determines how successful a player will be in controlling a ball after a pass. If you send a calculated bullet to a player like Messi, it won’t take him more than one touch to be able to control it and play off the dribble. Send a high speed cross to someone like Emile Heskey, and it may bounce a couple of feet off him before he is even able to start dribbling again. This adds a ton of unpredictability to gameplay, making players think about whom they want to start the play and who should finish it. 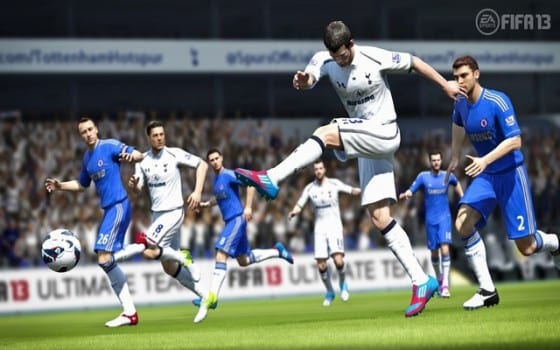 Further additions to gameplay include the new attacking and defensive intelligence. The AI will now adapt correctly to what type of play you are going for, either moving the midfield up to balance your attack or keeping the defense in a straight line for an offside trap. Forwards will stagger their run and try to remain onside and now possess much better attacking vision, often cutting in between defenders for that perfect through pass. While these changes might seem minimal, they add a whole new level to the gameplay. Factor in the updated player impact engine and the game feels more natural, more fluid. No longer are you just trying to play FIFA, you are now thinking how an actual soccer manager would.

Other notable additions include tactical free kicks and advanced dribbling controls. If you are so inclined, you can now have up to three players line up for a free kick, have one run over the ball, the other tap it lightly and the third cannonball it to the goal. It is a cool feature for hardcore fans, but casual players may never use it. Same goes for the advanced dribbling controls, lending players like Messi and Cristiano Ronaldo the superhuman ball control they possess in real life. Lifelong players will be glad to have even more control with their superstar, but in the end it is more of a superficial addition. 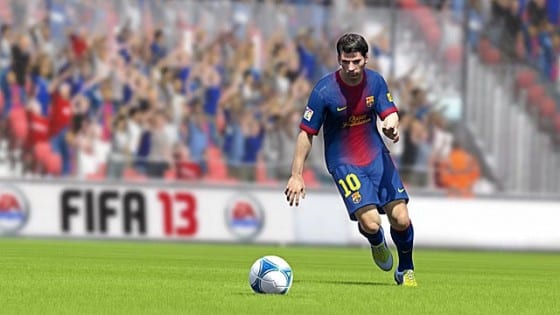 The various game modes from before return, each with a slew of improvements. My player mode brought back international call ups and added the ability to be traded mid-season. You will actually receive several loan and trade requests from different teams at varying prices. While the money earned cannot be used for anything, it still can be fun to play around with the market and see which clubs value you more by trade deadline. However, while you can be subbed out mid-game, there is no way to ask for one, and you still cannot be subbed in. This means no matter how crappy your player is, he will be in the starting 11 for most of the game. 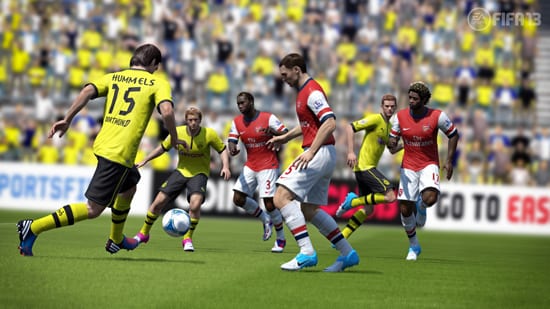 Ultimate teams is just as addicting as it ever was and with the new iOS app thrown in, it’s like giving a pixie stick to a two year old. A new set of skill games lets new players get accustomed to the advanced controls and tactics and serve as the new distraction during loading times. EA Sports Football Club is back, with more challenges and ways to give back to your team. You are also able to spend XP earned while playing the game on new kits and boosts for your game. 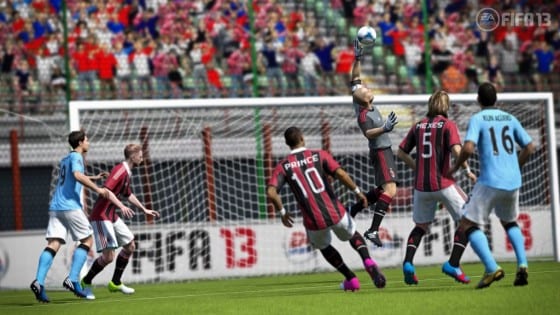 Another major addition comes in the form of match day. So long as you are connected to the Internet, the EA servers will feed your games with up to date stats and player rankings. Meaning if your club is coming off a win streak, it will reflect on the in game ratings. Lost your star defender to injury, playing in a new formation? Match Day will reflect this. It can be turned off if you prefer the default rosters, but it is just another of the countless of improvements added to the game. 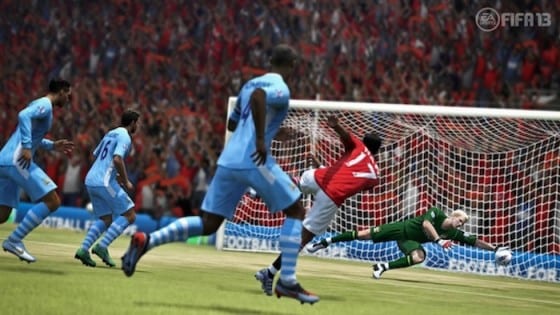 Presentation wise, FIFA 13 is the same as the previous games. New animations are noticeable, and the addition of the manager yelling at the team from the sideline is welcomed. However, player faces still look stiff, the commentary leaves something to be desired, both in English and Spanish, and there are no new stadiums to speak off. The Saudi Arabian league is now fully playable as is the Indian national team, but they are no more than niche additions.

Blast Factor: When it comes down to it, FIFA 13 is just what we have come to expect from the series. A couple of new features were added so that fans would not feel ripped off, and it is still the best and most complete soccer game in the planet. The game feels more natural and it is closer to the real thing in many aspects. Nonetheless, the additions are minor and if you have last year’s game, this won’t blow your mind. Much like a championship team starting a new season, there were some minor changes done in the offseason, but at its core it is still the same amazing group as last year.