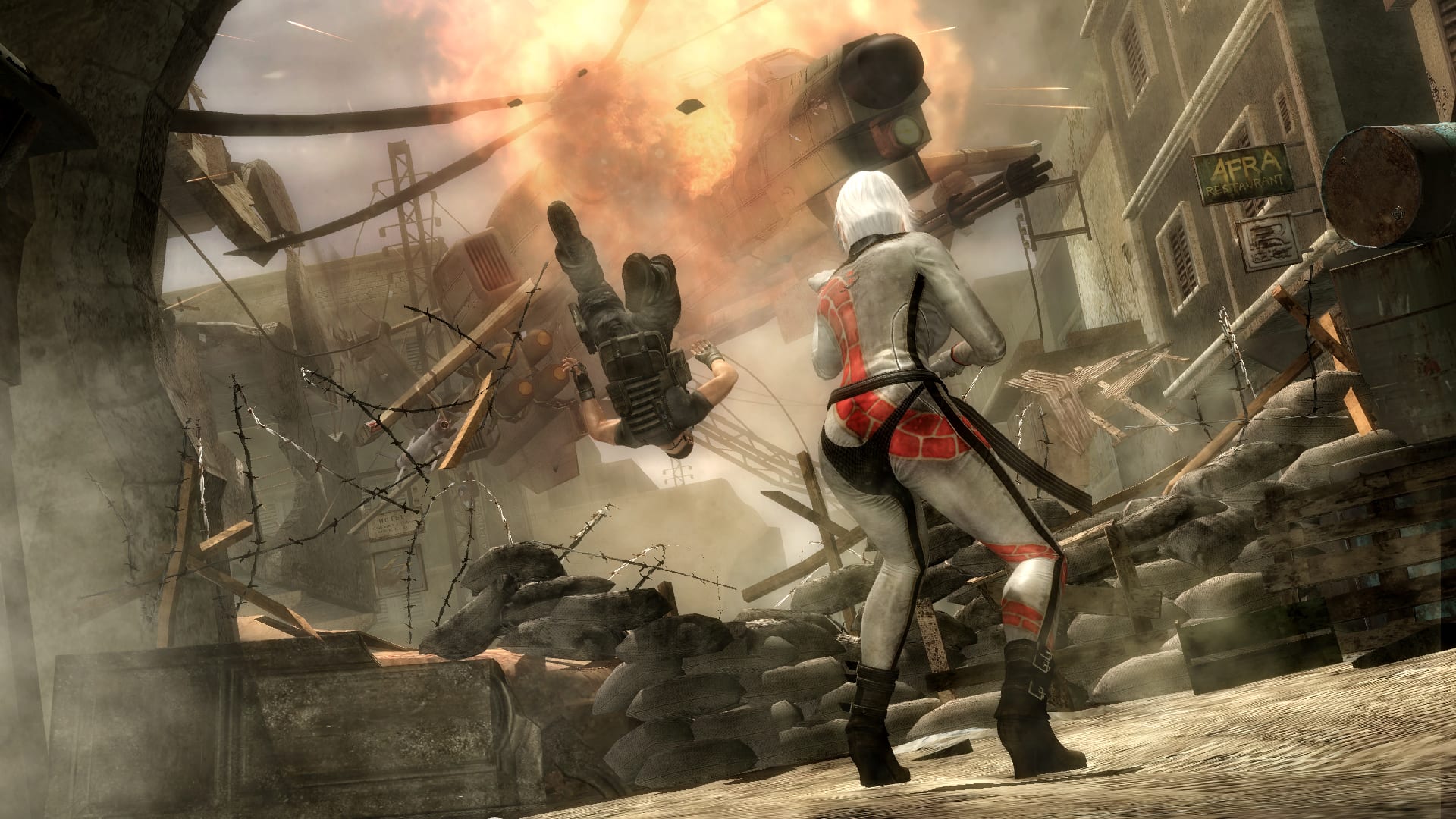 Dead or Alive 5 is the next console game for the series that is mostly known for its intricate fighting system and pretty girls. Released seven years after Dead or Alive 4 graced the Xbox 360 as one of its first titles, this fighting game is sure to impress you with its array of visuals and additions to its fighting system that make it better than ever.

Dead or Alive’s unique fighting system is based around rock-paper-scissors, in which strikes and kicks beat throws, throws beat holds, and holds beat strikes and kicks. Technical to grasp at first, this knowledge becomes vital to winning and soon becomes second nature. Holds play a big part in combat, allowing you counter enemy attacks, and their damage has been reduced from the last game allowing for more of an emphasis on offense. In fact, the game also adds two new attacks called Critical Bursts and Power Blows that allow for longer combos if you know when to deploy them. Critical Bursts can completely stun your opponent and Power Blows, when health is below 50%, allows your character to perform an unblockable string of attacks that can turn the tide of battle. Still, their inclusion doesn’t feel overpowering and attacks, both offensive and defensive, feel balanced.

Additionally, the game also includes stage effects far more advanced than the Danger Zones of the previous game. Certain stages have key points that deal massive damage if a character is thrown in their direction. Tossing someone off a stage will also trigger new Cliffhanger effects that allow you pull of a barrage of aerial combos to an enemy right before he falls to his doom. Knowing how to use a stage to your advantage is as important as knowing your moves and their enhancements make matches feel more alive. 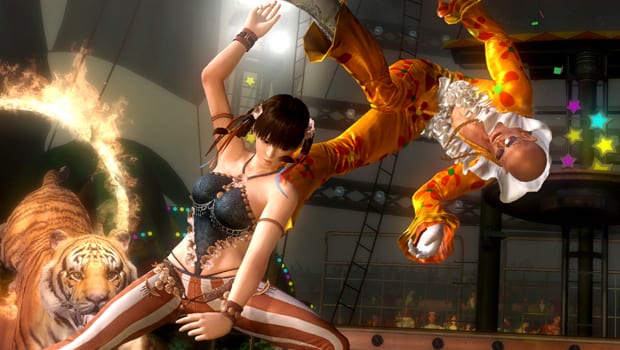 While nothing to rave about, the game’s chapter-centric Story game walks you through the events following the destruction of DOATEC and each character’s involvement with one another. A fifth Dead or Alive Tournament is created and prominent fighters from the previous game come back to prove their worth. Among them are two new characters Rig and Mila, who specialize in Tae Kwon Do and MMA fighting. Their inclusion adds fresh new moves to the roster and each character, including the guest fighters from Sega’s Virtua Fighter, offer plenty of unique fighting styles and movesets for players to choose from.

Story Mode also serves as a tutorial that teaches you the basics of gameplay, illustrating the rock-paper-scissors system and more advanced combos and techniques. At times, you will see scenes from past characters’ chapters repeat or be burdened with on-screen missions that unlock online titles for completing bonus requirements. In a way, Story Mode has two functions: to experience the events of Dead or Alive 5 and to teach players more about the game. However, there ultimately should have been a separate tutorial mode for explaining the basics so as to avoid disrupting the flow of its already-confusing plot.

Visually, DOA5 is a vast improvement. Characters look more realistic and have lost their anime features from previous games. They also sweat, and their clothes can be dirtied or become soaked. These little touches add more realism to matches and complement the game’s focus on visual entertainment. Even the stages look dynamic and can change according to the flow of battle. For instance, in one stage, a tiger might come out and attack you, setting the opponent up to continue their combo. In another stage, the background holding the platform breaks, sending the fight down a waterfall. Each stage has a hidden surprise.

Playing the game online, while not the same as playing a seamless match offline, feels just as good. You may experience occasional lag spikes, but overall, the game’s netcode feels solid even when fighting players from around the world. Players can jump straight into a match with Simple and Ranked matches, or they can also host as many as 12 people in a lobby, allowing players to create their own online tournaments with various settings.

Dead or Alive 5 appears to have taken a huge leap from the fourth installment, improving both its fighting system and visual appeal. It allows seasoned veterans and newcomers to familiarize themselves with the new mechanics, while introducing new additions that simply enhance the overall experience. Dead or Alive 5 is a great game for all skill types and is definitely a step in the right direction for the series.