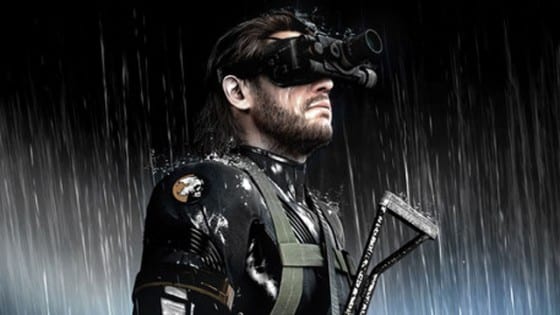 Today in Tokyo, in celebration of the franchise’s 25-year-old anniversary, Konami showed off its new Fox Engine with the debut of Metal Gear Solid: Ground Zeroes, an open world action game set in the fan favorite franchise.

“This announcement is a challenge from Kojima Productions to the world,” said Hideo Kojima the creator and executive producer of the Metal Gear Franchise. The demo reportedly showed Snake going in for stealth kills, commandeering a jeep and calling in a helicopter for an evac — all in real time. Described as “Game without Game Over,” Kojima told the audience that he wanted getting caught to be just the beginning of the game, and allow players the freedom to react as they see fit. The game is built on current generation PC specs and is planned for the PS3 and Xbox 360, but the Fox Engine will see  life on this and next generation consoles.

Ground Zeroes wasn’t the only piece of Metal Gear news announced by Konami, A second brand new Metal Gear game was announced, but it’s not what you expect. Metal Gear Solid: Social Ops will be playable on smart phones and tablets in conjunction with Gree.  Not much is known about the title, but it will be fully playable at this year’s Tokyo Game Show.

Not enough Metal Gear news for you? It was also announced at the event that Metal Gear will finally be getting the big screen treatment. Avi Arad, best known for the Spider-Man and X-Men movies was on hand at the event will be producing the project in conjunction with Columbia pictures. “For many years I fought to bring comics to theaters – and video games are the comics of today,” Arad said, as reported by attendee John Ricciardi on his Twitter feed.