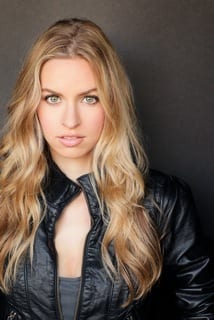 Though she’s new to the acting game, Margaret Judson often keeps The Newsroom viewers entertained with her one-liners as associate producer Tess Westin. Blast got the chance to talk to Margaret about her real-life cable news experience, her new-found love of acting, and her stories from the set of The Newsroom.

BLAST: Can you tell us about your experience in the NBC page program? How long were you in the program before you became part of The Newsroom cast?

MARGARET JUDSON: I put my degree in broadcast journalism to good use when I left Illinois and moved to New York with ambitions to work in news. I was a page for 8 months of the year-long program before I was hired by the cable news division at NBC. Over the almost 3 years I was there I worked in many different capacities including: production assistant, research assistant, associate producer and blog producer.

BLAST: How did you first get involved with The Newsroom? And how did you go on to play Tess Westin?

MJ: While I was working in the news division, Aaron Sorkin came in to do research on a new pilot he was thinking of writing. I was in charge of him the day he visited, which was awesome because he’s a great guy, and also, I’m a big fan of his work. After he came in he started writing the first draft of the pilot and would ask me questions about the technical newsroom stuff as it came up. He sent me the first draft of the pilot, I fell in love with it. I knew then that I had to be as much a part of the project as I could. Despite never having acted before, something made me ask him if I could audition.

He was very honest in his response and basically told me that that’s now how it works—just because you work in a newsroom doesn’t mean you can play someone who works in a newsroom on TV. Nevertheless, when auditions came around, he gave in and said that since I’d been a big help to him and hadn’t asked for any sort of compensation, he would let me come in for an audition. He also reiterated that I shouldn’t expect anything and that real actors who had trained their whole lives would be the people they were choosing, but I decided to challenge myself and give it a shot. And the rest is history…

BLAST: Have you always wanted to act?

MJ: I’d never considered acting before at all, but something about The Newsroom was pulling me in that direction. Now that I’ve done it, I look back and understand a little better what drew me to acting. There are actually a lot of similarities with journalism, particularly broadcast journalism. Both have a performance element, they both, in their best forms, are rooted in truth—finding and telling it, both are about story telling and human analysis.
They’re very different in the day-to-day, but a lot of the core principles overlap quite a bit. 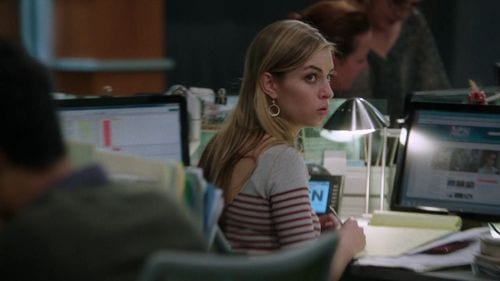 BLAST: What kind of tips and tricks of the acting trade have you learned from your fellow cast members?

MJ: I’ve been on such a roller coaster and the steepest learning curve of my life—luckily I am surrounded by amazing and loving people! Because of those people, I now have a tremendous respect for the work required. I have been incredibly fortunate because many of the actors I work with have very strong theater backgrounds which seems to breed a great appreciation for both the work and art of it. Every day I get to watch and learn from people who are extremely dedicated to what they do. It’s a huge inspiration to work hard myself and to learn as much as I can.

BLAST: Is there anything about the character of Tess that comes from your own experiences working at NBC?

MJ: The job I had at NBC definitely overlaps a lot with what Tess does on News Night since she’s an Associate Producer and her responsibilities are rooted in research. As a newsroom staffer, she’s pretty low on the totem pole, but as I learned at NBC and I think Aaron knows and appreciates, those are the people who are the glue of the whole production they put on each day. I love to play her because she’s good at her job. One thing I read on Twitter that I loved was that Tess is “everyone’s girl Friday.” She doesn’t like drama, she’s there to do the news and be as helpful as possible, all while firing off a one-liner here and there.

BLAST: The Newsroom had one of the biggest premieres on HBO to date. What do you think it is about the show that grabs people’s attention like that?

MJ: Especially with the election season upon us and how polarizing politics can be generally, I think people are eager to see those stories told from a fictional perspective. What I like about my transition from real news to pretend news, is that fiction allows us to find greater truths and I hope that’s what we’re doing with this show.
But mostly, if I had to sum it up in two words, they’d be: Aaron Sorkin.
BLAST: Were there any highlights from working on this first season for you?

MJ: I feel so lucky to work with the people I do. Everyone is rooting for each other on this set and always, always eager to help everyone else get better. We’re like a family. Because everyone from the top down cares and is so kind and giving, it trickles down to everybody else—the cast, the crew, the background actors, everyone. It’s especially cool because Aaron writes about people who are passionate and good at their job. And I think he honestly gravitates towards people who are like that in real life, which leads to a wonderful working environment. 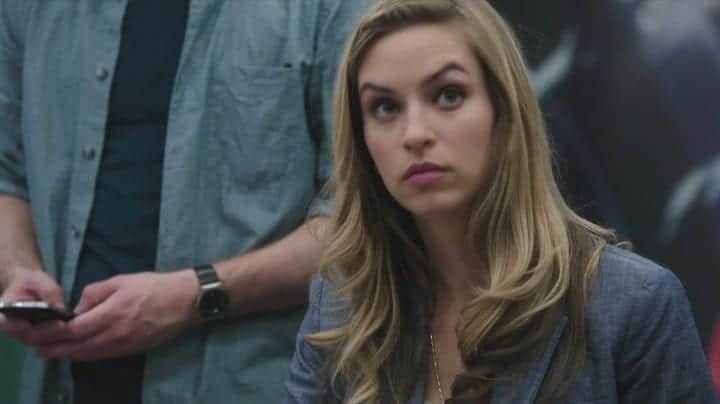 BLAST: Any other stories? Interesting anecdotes?

MJ: Chris Chalk (who plays Gary) started a beatbox phenomenon on set. He’s the most amazing one at it, but he’s supportive of the other people who try. That’s where I got the nickname “Megabass Margaret.”

Wynn Everett (who plays Tamara) is hilarious and a prankster. For example, one day we decided to bring in cookies, but not tell anybody they were from us. Instead, we made a sign that said: “I made these cookies for you with love. Thank you so much for all of your hard work. Love, Dev Patel.” Dev had no idea. So the entire day, the cast and crew were coming up to Dev thanking him for the thoughtful gesture. At first, he was confused and tried to explain that he didn’t have anything to do with it. But he’s a showman and he was loving the attention so much that he gave in and was giving out random cookie recipes by the end of the day.

Even now that shooting is done we still spend time together. Aaron hosts the cast and crew, basically whoever is in LA, every Sunday to watch the show.

BLAST: Is there anything you’d like to see happen in the second season for Tess?

MJ: There is so much room for Tess and every newsroom staffer to grow. And there are plenty more stories about young people living in New York and trying to be part of a groundbreaking news program to be told.
Ultimately, Aaron is the only one who knows what will happen for sure…It’d be cool to see Tess have a love interest!

BLAST: What are your career ambitions beyond The Newsroom?

MJ: This show has been a perfect way for me to transition to the acting world, because I have such a real idea of how a cable newsroom works which makes me really comfortable. As I learn about acting and watch my castmates do such different things I’m also eager to step out of that comfort zone. I would also love to try something completely different. I love new experiences, and I’ve learned that with acting it’s a constant possibility! A dream job would be on one of the shows within the HBO family that’s less reality-based, like Game of Thrones or True Blood. I’d love to see what that type of work is like. I’d also love to do something involving action.

Mostly I’m just very open to opportunities. I’ve learned from the twists and turns of my life over the past year and a half that if you are open to challenges and new experiences the results can be incredible.