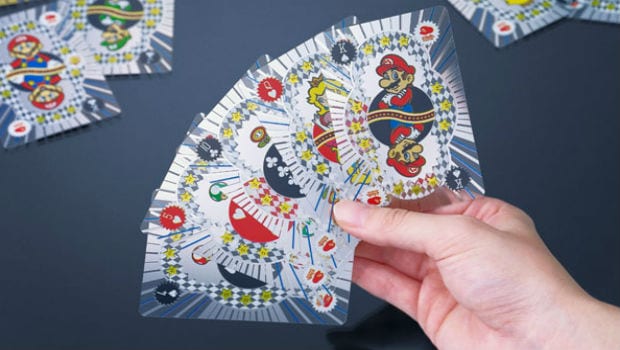 This year’s Club Nintendo Platinum and Gold member rewards ask the question if quantity is better than quality. The 2010 Platinum reward featured a detailed Mario and pals figurine, and last year’s reward was a collection of commemorative Mario-themed pins. This year, you get to choose your prize – even if you’re choosing between getting posters or cards.

Users who earned at least 600 coins as of June 30 and reached Platinum status can get either a set of three posters featuring promotional art for Luigi’s Mansion: Dark Moon, The Legend of Zelda: Skyward Sword, and Kid Icarus: Uprising. The other option is a set of Mario-themed transparent playing cards that feature various characters and designs. Those that earned at least 300 coins (Gold members) can choose a special Club Nintendo calendar.

New this year is the option to opt out of the above prizes and instead choose from a digital game download. Super Mario Kart and The Legend of Zelda: Majora’s Mask for Wii Virtual Console and Metroid II: The Return of Samus and Mario Vs. Donkey Kong: Minis March Again! for the 3DS are redeemable options for both Platinum and Gold members. You only get one choice, however.

Of course, Platinum members can choose to get the calendar and opt out of their cards/posters or choose instead to get a free game. However, after spending all that time and money on surveys and software to get 300 or even 600 coins, are these prizes enough?

This was my first year getting Platinum status, so I’ll be going with the exclusive snazzy cards even though I really want the calendar too. What will you be getting?