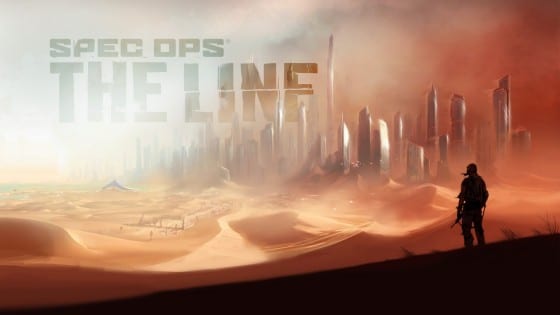 There’s a statistic out there that only a small amount of players finish the games they start. Be it because they lose interest, they run out of time or they just simply don’t — they’ll never know exactly what their missing. For the first hour or so of Spec Ops: The Line, I finally understood what they were feeling — and a big part of me didn’t want to finish. Yager and 2k’s mid-east war epic felt like just another shoot first, ask questions later set piece war game — but then something funny happened. Everytime I tried to walk away from my Xbox, I was drawn back — I wanted to know what happened and why — without realizing it, I had become invested.

Much to my surprise, Spec Ops: The Line does what very few war games manage to, but so many promise — make you care. It’s story is intriguing and mixes interesting plot twists in with huge set pieces and the characters are some of the most believable the genre has seen. It all builds towards one of the most satisfying endings in moderns gaming. It may have its fair share of gameplay quirks, but Spec Ops: The Line is one of those games that not only begs to be played all the way through but deserves to be experienced.

The Line opens with the Middle eastern city of Dubai ravaged by sandstorms; the population has been decimated and the city’s once tall skyscrapers are all but destroyed. The 33rd, an elite team is sent in to evacuate, but something goes wrong and they go missing. The 33rd is presumed dead, until a distress beacon and the rough around the edges Captain Martin Walker and his squad are sent in to investigate.

It’s a plot that starts off slow, but as it begins to pick up speed, it becomes an incredibly interesting tale that evokes classic action films like Bridge over the River Kwai, Heart of Darkness and Apocalypse Now. It actually makes you rethink what you’re doing and think of the consequences of your actions. As the plot begins to unfold, an amazing sense of tension begins to be felt, and there are a few moments that are sure to actually shock you.

A lot of these shocking moments comes from the choices that the game asks you to make throughout the plot. While some of them have little consequence on the action, others have a huge effect, and once you get to the ending, you’ll want to play through again to see what you could have done differently.

If I had one complaint regarding the story, it’s with the game’s lead actor — Nolan North. Now, please don’t get me wrong, North is one of the most talented voice actors in the world, and he does a fantastic job in the role, but part of me wonders how a more unknown actor would have done in the role. Put it like this: when a Hollywood megastar like Brad Pitt or George Cloney is cast in a role, it’s tough for you to believe that actor and get over the fact that they are who they are.

Nolan North is the closest thing that games have to a leading man, and since he’s had such great success with roles like Uncharted — there are times when you’re well aware that that’s Nolan North, and not Captain Martin Walker. It’s not enough to fully take you out of the experience, but it does have its moments.

Nolan North may play the main character, but the real star of the game is the city of Dubai. The design teams at Yager and 2K have done a great job giving life to the city and making the once glorious skyscrapers look fantastically realistic. What’s most impressive is how the city’s elements play into the game’s core mechanics, and make them more dynamic as a result. The continuous sandstorms constantly change the battlefield, making you change your strategy at will and the glaring sun combined with hectic gusts of wind that reduce visibility to mere feet in front of you.

It’s a bit of a shame then that with all of the things it does right, Spec Ops: The Line often feels quite uneven when gameplay in concerned. Gunplay is satisfying enough, and the game uses a cover system that requires actual thought (and allows you to perform some really cool moves in transition), but it’s not always a completely reliable system and there were a lot of times that I either stuck to cover I didn’t want to, or wasn’t able to stick to cover I needed to.

The game also suffers from some rather sketchy AI — most notably in the form of your squadmates. Like most modern military shooters, The Line gives you the ability to issue orders to your squadmates — it just doesn’t always work out quite that well. Take the time I issued orders for my team mates to take out the one remaining enemy on the battlefield. Seems simple enough right? Rather than get into position, I watched as they moved around to cover position after cover position until I got annoyed enough to take the shot myself.

The Blast Factor: Spec Ops: The Line is a bold and daring take on the war game we all know and love that manages to take the genre mainstays and turn them on their heads. The game has its fair share of gameplay quirks, but they become tougher to notice when you’re this invested in the plot and what it means for the characters. Spec Ops: The Line is one of those games that not only begs to be played all the way through but deserves to be experienced.

This review is based on an Xbox 360 copy of the game provided by the publisher.

Want to win a copy of Spec Ops: The Line? You may want to pay attention to the next Free Game Friday…