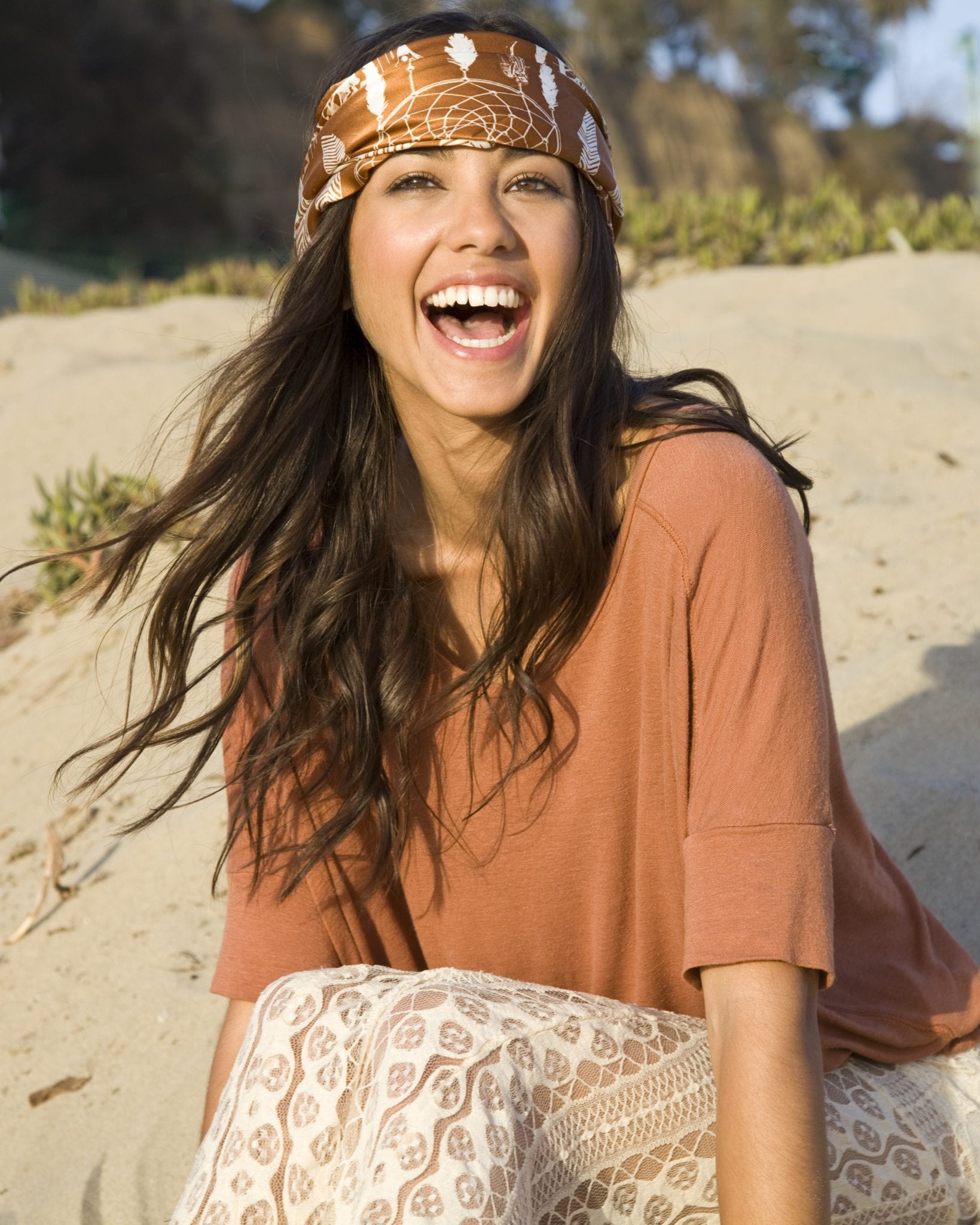 Blast had the opportunity to talk to Seychelle Gabriel, who plays Lourdes on the show “Falling Skies,” which premiered its second season last Sunday night.  In our interview, we had the chance to talk to Seychelle about her character on “Falling Skies,” the upcoming biopic about Jimi Hendrix, and her little-known appearance on a different hit show.

BLAST MAGAZINE:  Over the course of last season, we saw Anne and Lourdes become closer as they were both working as doctors for the 2nd Mass.  Since Lourdes was orphaned when the aliens attacked, has Anne become a mother figure to her?  What is their relationship like now, and where does it have the potential to go in season 2?

SEYCHELLE GABRIEL:  It began similar to a mother-daughter relationship, but I think it’s even more like an older sister / younger sister kind of thing, because she’s not only a mentor but also a really good friend, and they’re just really really supportive of each other.  They just understand each other, in the way that they work.  They’ve got this… you can just kind of tell, right?  The first time we get back into that bus, you know, whoever gets hurt first or whatever, they’re on their A-game, they know what’s up.  They’ve been through so much shit in the past three months, they just know how to read each other and what they’re supposed to do.  So they’re good for each other in that way.

And their relationship does grow in interesting ways.  Someone asked me whether there’s going to be tension between the two of them this season, which there is, because things get stressful and we take it out on the ones closest to us.  But they grow a lot together, because they see each other going through a lot more, and also both of them are in relationships this season.  So they need each other for that.

BLAST:  Lourdes is one of the few members of the 2nd Mass that still has a strong faith in God after the aliens have attacked.  How does her faith affect her as a person and how did it influence how she handled the invasion?

SG:  You know, I think Lourdes grew up in a very Mexican-Catholic kind of environment when she was younger and I think that after losing her entire family, the only thing that she had left was that faith that she had been brought up with. It’s kind of like the only part of her family that she can connect to, in a terrible, dire situation like this.

I think everybody has their different things.  And it kind of gave her – when she first joined the 2nd Mass – just kind of an identity.  You know, [after the invasion] you kind of just lose yourself, you don’t have anybody from your past life that’s there, nothing.  Anything that you were hostile to earlier, you’re a completely different person.  It was like, it was her core.  When she wanted to help people a lot of it was channeled through that. 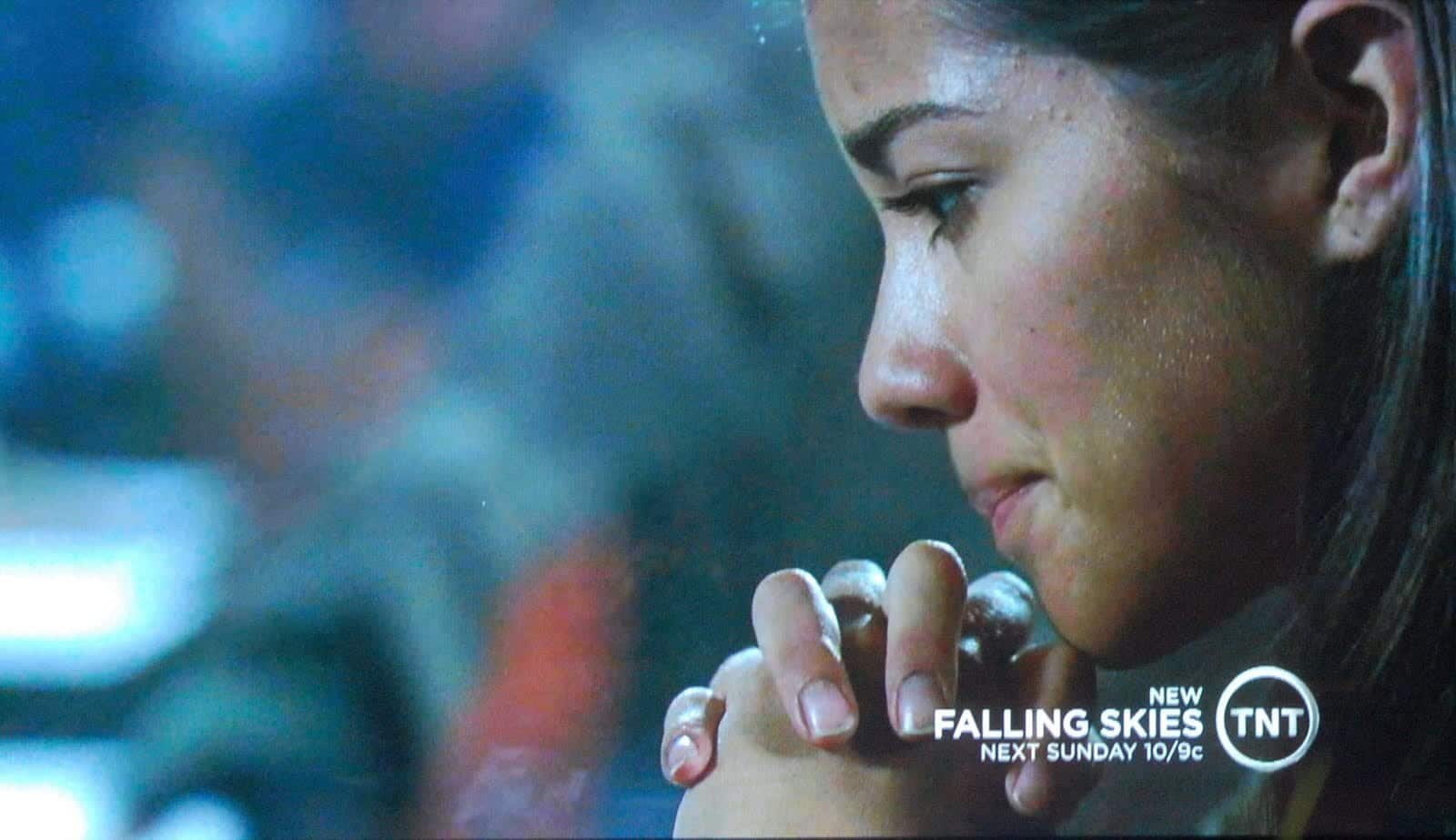 Lourdes relies on her faith when dealing with the hardships that she faces with the 2nd Mass.

BLAST:  How does her faith affect how she interacts with the other members of the group?  We recall a vigil scene in season one led by Lourdes.

SG:  In different ways… it’s maybe, a little challenge for her because she’s got to kind of, not so much defend [her faith], but kind of make people understand where she’s coming from with it.  Like Jimmy, in that scene, didn’t understand.  And in another scene with Karen, in the first or second episode, she was like, “Can you ask God for some guns?”  And Lourdes is like, “it doesn’t work like that.”

It’s kind of hard to explain to people that it can be used as a sense of hope and not so much a set of guidelines or rules.  And what I liked was her interaction with Weaver on the subject of religion.  You saw at the end of the episode, he kind of recited a couple lines of a prayer and maybe found some kind of release with that.

But you know, spirituality is something that people connect with on a really weird level that we can’t really understand, and I think it’s just inevitable to bring it in, especially during the apocalypse.

BLAST:  What aspects of Lourdes, as a character, do you relate to personally?  Are you similar in a lot of ways or very different?

SG:  I think we’re similar in the fact that we’re both very willing to listen to everybody and work with everybody.  I don’t know, it’s hard to relate – at least for me – to someone that’s gone through so much stuff like that.  I have so much respect for her in that way and in her strength.

BLAST:  It must be difficult as an actor to portray a character that has been through so much more than you have personally.  As an actor, how do you get to that place where the character is at?

SG:  At least for me, you just have to find those things in your life that really mean the most to you, and just kind of pry into that and kind of find where you’re vulnerable.  For me it’s my family, and that’s how it is for Lourdes.  I think that’s another [similarity] we have, we both are close to our families.  When you really think about the people that you love a lot, and then think about something happening to them, it can make you emotional.

BLAST:  What does a typical day on the set of “Falling Skies” look like for you?

BLAST:  Are there a lot of over-night shoots?  Come to think of it, there are a lot of scenes in the show that take place at night.

SG:  Yeah, definitely.  I don’t know, I guess my time has been split [between night and day shoots].  I know that the soldiers, like Maggie and them, they have night shoots all the time, where they have to get in cold water and stuff like that.

But my make-up is super easy, and everybody’s getting all dirtied up, like Pope and Sarah.  And then you just kind of get right into it.  But you’re always in some kind of gritty location, there’s never any place nice, really.  I think there’s one place this season that’s kind of clean, but everything else is either cold or dusty or dirty or just disgusting or all of the above.

And it totally serves its purpose and it’s great.  It’s cool because we’re in these shit-holes that they’ve made into these super cool-looking, post-apocalyptic homes, and it’s just super weird with graffiti and all that.  But yeah, lots of little hand-warmers and stuff like that.

BLAST:  Is most of the show shot on sound stages, or do you shoot a fair share of it on location?  Where do you shoot the on-location stuff?

SG:  We’re like, everywhere.  Under freeway passes, under concrete bridges in the middle of nowhere…  We did this really cool one, it was an airplane hanger that the 2nd Mass set up camp inside of – an interior as opposed to freezing our asses off outside.  That one was really cool because there was like, remnants of crashed airplanes, like what would have happened right at the moment that the invasion hit that area.  So it was neat.

BLAST:  So you must be traveling a lot.

SG:  Yeah, I mean within Canada, in Vancouver.  It’s like a 20-minute drive one day or an hour or over an hour drive the next day.  But it’s funny because the whole crew is Canadian, so we get all these funny little tidbits of information about each place we go, just opinions and comments and stories and stuff.  It’s funny.