Much like any new console, the Wii U will go through a lifetime of speculation about what is possible with the system. In the end, it will be the developers and publishers who take the risks and sell the system to us. However, here are some existing games that can have an amazing showing, if done right, on the Wii U.

This generation had a serious lack of arcade-style, vehicle shooters. Titles such as Star Fox, Crimson Skies and most notably, Rogue Squadron, have yet to find a home in current generation hardware. It really is a shame considering the graphical capabilities of current consoles could really do many of these franchises right. The Wii U has the potential to let the long dormant Rogue Squadron series stage a serious comeback thanks to the revolutionary controller. Imagine having the X-Wing cockpit mapped to your gamepad, letting you control where to send power (lasers or shields), activate repairs, and even fire photon torpedoes. Bring up the gamepad to activate the targeting computer, letting you highlight targets and even command your squad by touching targets on the screen. Unfortunately Factor 5 is now defunct, but maybe Nintendo can give the license to another talented developer (ahem…Retro) and deliver on this fan favorite. 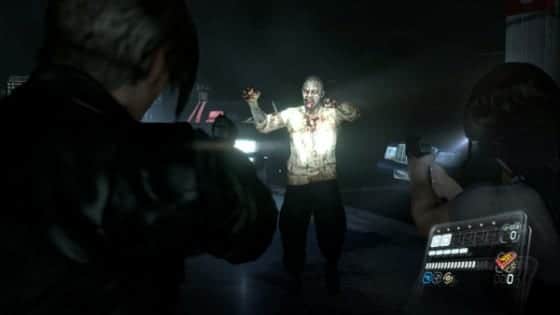 The applications for a tablet controller on this long running series are obvious when you look at the inventory management. Swapping out items can be a breeze with touch screen implementation and combining them should bring a new level of interaction thanks to the tablet controller. Small touches such as having the typewriter keys appear on the gamepad when you save your game and manually flipping through the pages of a bloody notebook like a morbid ebook can bring back the horror and atmosphere to this franchise. 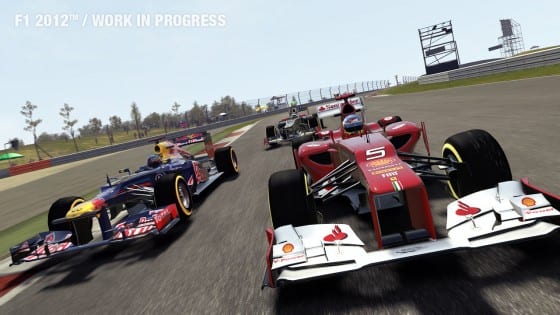 For those of you not familiar with Formula 1 racing, you should do a quick Google search. It involves some of the fastest cars ever built racing in some of the most famous tracks in the world. If you are a gear head there should be no reason not to follow this amazing sport. With that said, what makes these cars so ridiculously fast and the sport so intense is the balance between driver skill and what car they are driving. Each manufacturer has different engines and options on each of their cars. The Wii U gamepad can make racing one of them the closest it has been to reality. The game should not only allow for the obvious use of the accelerometers but also map out the complex controls found on every steering wheel. Change fuel mixes, activate kers or DRS, all by pressing the appropriate button on the touchscreen. During pit stops, have your friends link up their 3DS’s and let them change your tires, fix any damage, and even wipe rain off your visor, all by using the touchscreens. If Codemasters were to release this, it would take the franchise to new heights and offer an experience that can only be played on the Wii U. 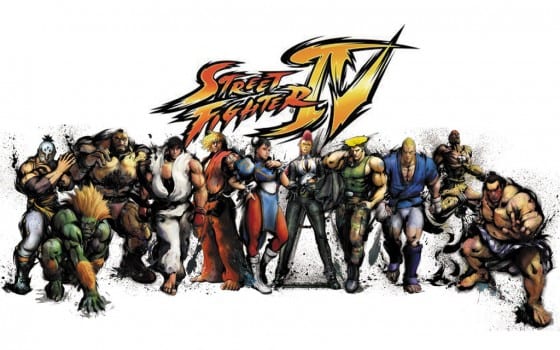 The biggest gripe with hardcore fighting fans when it comes to consoles is the controllers. Many rely on the massive (and expensive) arcade stick bundles in order to deliver the pain on their opponents. The Wii U gamepad can fix all this. By mapping out the standard six button layout of an arcade cabinet to the touch screen, fighting games can go back to their roots and deliver on the hardcore button mashing that brought us to them in the first place. Not only that, it can make porting old games seamless, seeing how you can layout the original cabinet on your tablet. 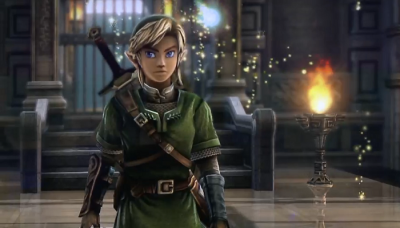 Forget pausing your game to change items. The Wii U gamepad can have a major impact on this franchise by making the much maligned menu system easily accessible with the implementation of touch controls. Knowing Nintendo, they will find some type of plot driving item that uses the gamepad much more intuitively than anything I can come up with, but the simple idea of making something like the Water Temple playable already has be excited. It worked on the 3DS, now make it work on the Wii U. 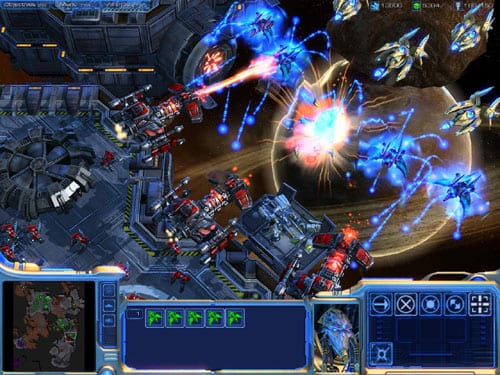 Strategy games have had a tough time coming into consoles. Many people say it is because a mouse and keyboard is the best way to command hundreds of troops in epic battle. However, strategy gamers have always dreamed of leading battles with a simple touch of their finger. The Wii U can do that, and what better franchise to do it on than Starcraft. The straightforward rock, paper, scissors approach to combat and simple building mechanics can make touch controls a perfect fit for this strategy masterpiece. Also, imagine using the Wii U’s panorama feature for those interactive cutscenes in Starcraft 2; it can make life on the Hyperion that much more immersive . 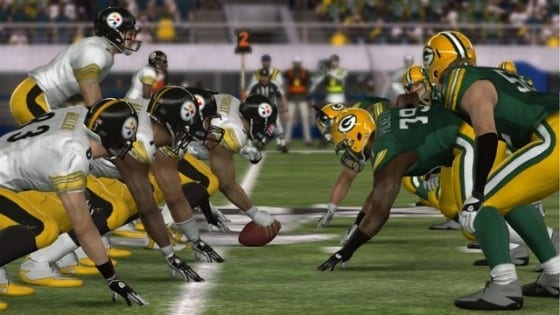 Picture playing Madden. You are offered an entire playbook of options for your team to use, but for the very specific situation you are in, you need to craft your own play. The Wii U can let you do that. Just draw the X and Os like a wannabe John Madden and you can craft the best play for the situation. This can also apply to basketball, where each time out can let you draw up just the play you want to win the game. As far as gameplay is concerned, imagine using the Wii U tablet to try to catch a flying football. The screen can actually show the ball flying towards you and it ads a whole new level of interactivity to the game. Build your own golf club in Tiger Woods, play as the goalie in Fifa or the catcher in MLB. All of these options are made better with the inclusion of a touch screen controller. 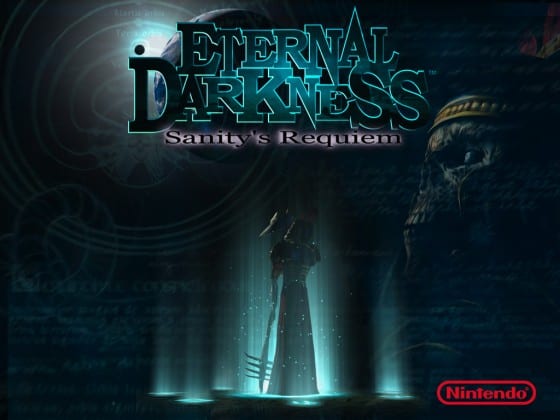 This concept has me the most excited. Eternal Darkness was one of the best games to come out for the Gamecube. The use of sanity as a gameplay mechanism was ingenious and the fourth wall breaking hallucinations have left a permanent mark in my gaming psyche. The Wii U can let developers take that sense of dread and fear to new heights. When there is a screen around your hands, the possibilities for scaring you grown tenfold. Cover the screen with blood, make thousands of bugs appear, forcing you to swat them away. Hell, even put that zombie face emulator to good use and give us a cheap scare every time we look down to check our inventory. They can even bring back the system glitch sanity effects and make it seem like the touch screen has stopped working. Fans have been yearning for a sequel, and frankly there is no better system than the Wii U to do it on. 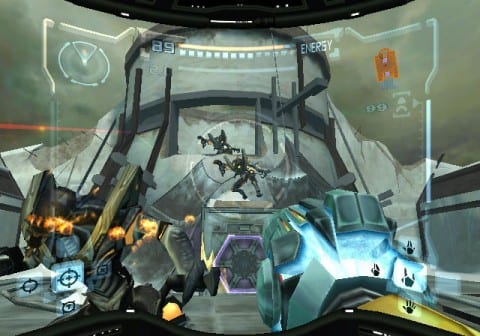 Scanning, oh boy the joys of scanning! A seminal part of the Metroid Prime series can find new life thanks to the Wii U tablet. Bring up the touchpad and scan whatever is on the screen. The 1 to 1 picture will really make an impact to the overall experience. Any suit functions can be achieved on the touchpad as well, making the experience significantly more streamlined than the Gamecube controller could ever make it.

It is now time to be an unadulterated fanboy. Pokemon Snap is a staple of my childhood. From renting it at Blockbuster with my allowance to finally receiving it as a birthday present over ten years ago, this was the first game that let me be a photojournalist. I knew where all the hidden pokemon were, I even captured a ridiculously high scoring picture of Mew on the last level. Despite having sold my N64 years ago, I still have this game at home. A sequel is more than wanted, it is needed. The Wii U gamepad is the perfect controller for playing a Pokemon Snap sequel. Using the Panorama feature to turn the controller into a camera is a beyond obvious application for the franchise, but it can make the way we play the game that much more intuitive. Please Nintendo, make this happen.