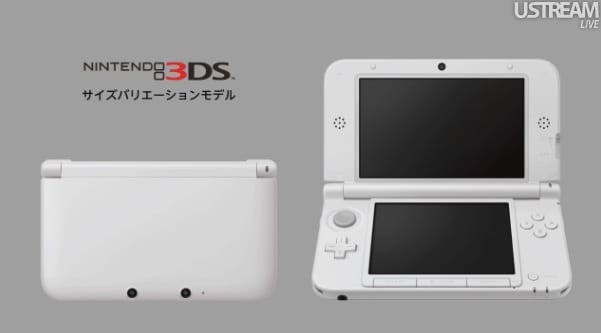 Satoru Iwata announced a bigger 3DS during tonight’s Nintendo Direct webcast. The new model, named 3DS XL (or 3DS LL in Japan) will have 4.18 in. screen and will have 90% more viewing space. The system will have slightly more battery life and will be 46% bigger. It will come with 4GB memory card but will not come with an AC adapter.

The new model will release in white, red/black, and silver/black and will be available on July 28 in Japan and on August 19 in the US for $199.99.

Strangely enough, the new model only comes with one Circle pad. Makes you wonder what the point of releasing the extra Circle Pad Pro last year was for.