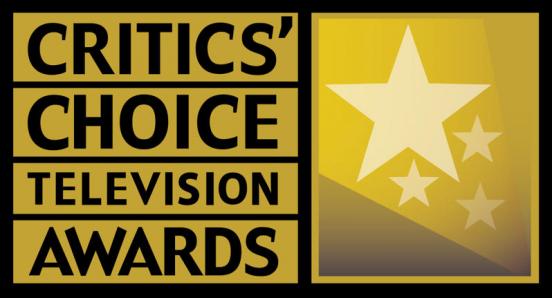 The stars of the small screen came out to accept honors from the Broadcast Television Journalists’ Association.

Last night, at the Beverly Hilton, the Broadcast Television Journalists Association bestowed honors upon the most written about shows of the past year at their second annual awards ceremony. Only shows/seasons that have aired between May 31, 2011 and June 1, 2012 were eligible. After surprising dominance at the Golden Globes, Claire Danes and Showtime’s freshman drama, “Homeland” received more accolades, including Best Drama Series and Best Actress in a Drama Series for Danes’ gripping turn as a mentally-ill CIA operative.

The big question for “Homeland” now is, can they topple the “Mad Men” empire. The AMC advertising show has had a stranglehold over the Emmy for Outstanding Drama Series four years running. The fourth season of “Mad Men” was the Critics’ Choice winner for Drama Series. Does that mean it will fall out of Emmy favor as well?

Not all was lost though. A “Mad” woman, Christina Hendricks earned her second consecutive Critics’ Choice for Supporting Actress in a Drama Series. She tied with Margo Martindale from “Justified” last year. Rounding out the acting categories was another AMC stalwart, “Breaking Bad,” whose fifth and final season begins July 15. For the Best Actor in a Drama category, Bryan Cranston continued his demolition of his dramatic acting opponents at every single award show, easily snagging another honor for his portrayal of Walter White: a high school science teacher turned ruthless drug lord. The pleasant surprise, however, was when his castmate, Giancarlo Esposito, won Supporting Actor in a Drama Series for his unflinching role as Gus, the boss who sought to murder Walt and was ultimately bested. Also, former Charlie’s Angel, Lucy Liu was honored for her guest performance on TNT’s “Southland.” 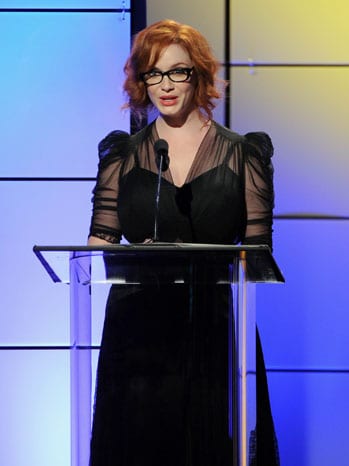 In the comedy categories, there was a tie for the best actress crown between Amy Poehler of “Parks and Recreation” and Zooey Deschanel of FOX’s first-year success story, “New Girl.” But the big award went to the oft-ignored NBC cult gem, “Community.” Widely regarded by critics as the best thing since sliced bread, the underappreciated show finally saw its reward. Unfortunately, the recently canned showrunner, Dan Harmon, was absent. Standup comic legend Louis C.K. won for his leading role on his FX auteur program, “Louie,” which returns for its third season on June 28. ABC’s “Modern Family” swept the supporting categories with the Dunphy parents, Ty Burell and Julie Bowen, collecting trophies for Best Supporting Actor and Actress in a Comedy Series, respectively. Paul Rudd cashed as well, winning Best Guest Performer in a Comedy Series for opposing Leslie Knope in the city council election on “Parks and Recreation.”

PBS’ “Sherlock” sneaked off with two Movie/Miniseries awards. Among them, Best Miniseries and Best Actor in a Miniseries for Benedict Cumberbatch (baller name!), who plays the eponymous role. Julianne Moore walked out with a Best Actress in a Miniseries for doing her best Sarah Palin impression. Other miscellaneous categories included Best Animated Series, which was scooped up by FX’s Archer; and the Best Talk Show category belonged to Late Night With Jimmy Fallon. Snapping back to reality, Travel Channel’s Anthony Bourdain: No Reservations won Best Reality Series, and for Reality Competition, The Voice struck a chord. Hosts Tom Bergeron (Dancing With the Stars) and Cat Deeley (So You Think You Can Dance) locked horns for the second tie of the night.

So what does this mean for the rest of award season? Well, the TCAs (Television Critics Association) has their ceremony at the same location as the Critics’ Choice on July 28. “Homeland” scored the most nominations there with four. But again, will these results carry over to the Emmy’s? Unfortunately, the Emmys, like the Oscars, are none for being wrapped up in industry politics. Don’t get me wrong, “Mad Men” deserves each award it has won, but will the streak be broken by the Showtime’s little thriller that could? That remains to be seen. But for tonight, I’m mostly satisfied with the results—I’m not in “Community’s” camp like most of my fellow TV writers, so I would have liked to see “Parks and Recreation” take it. And why, oh why, was “Louie” left out of the Best Comedy Series category? It seems strange he would be recognized, but not the show. Another disappointment, “Game of Thrones” left with a goose egg, despite two nominations.

Regardless, you’ll have my “Louie” and “Breaking Bad” reviews to look forward to this summer as we anticipate the Emmy’s!

So, what do you all think? Who was deserving, and who stole one? The full list of nominees and winners is below (the winners are in bold):

MOST EXCITING NEW SERIES (no single winner, all recognized)
The Following
The Mindy Project
Nashville
The Newsroom
Political Animals