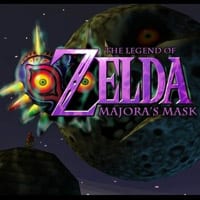 While Nintendo didn’t reveal a 3DS version of Majora’s Mask at E3 like we were hoping for, Shigeru Miyamoto did, however, reveal that a remake of Majora’s Mask or A Link to the Past is being considered.

“We haven’t quite decided yet, whether we’re going to do A Link to the Past, because there’s also the possibility of doing a remake of Majora’s Mask,” Miyamoto told IGN. “This is something we’ve certainly been talking about and doing a little bit of experimenting with, to figure out which way we’re going to go.”

Miyamoto also nudged on the fact that the next Legend of Zelda game, whether it be a remake or not, could also end up on the Wii U console and not the 3DS.

“We’re always looking at expanding our audience and giving people the opportunity to get their hands on 3DS and see what kind of fun gaming experiences they can have. And now, we’re also tasked with pushing the Wii U. So we have lots of good opportunities in terms of thinking about which Zelda game is going to be best for which purpose.”

Remaking Majora’s Mask makes the most sense as the original game was designed using the engine of Ocarina of Time, which has already been remade on the 3DS. An updated version of A Link to the Past, however, is more of a delicate process as many consider the original to the be one of the best 2D games out there.

Which one would you prefer playing and on which game system?