This is it. Tonight is the beginning of the end for one of the most talked about sporting seasons in recent memory. From fitting 66 games into a shortened schedule and several key injuries which ended many team’s championship hopes early, the amount of headlines and scrutiny has reached new levels. Nonetheless, as is the case with every major sporting event, the finals is where everything is put on the table. For the media, it is a time for rather specific predictions into every possible point scored and possession put to waste. Luckily, we have video games. As sporting games strive to get as close to reality as possible, their biggest test comes down to how well all these stats come into play when visualized. For that reason ESPN and 2K Sports teamed up and brought us what the highest rated basketball game of last year had to say about this clash of titans between the Oklahoma City Thunder and the Miami Heat.

(Note: Blast Magazine is a Boston based website, with over half our staff residing in Beantown. I myself am a transplanted Chicagoan. Due to the recent elimination of the Celtics and my dedication to the Bulls, we have an unhealthy hatred for the Miami Heat. Nonetheless, we will put this behind us and let the numbers speak for themselves.) 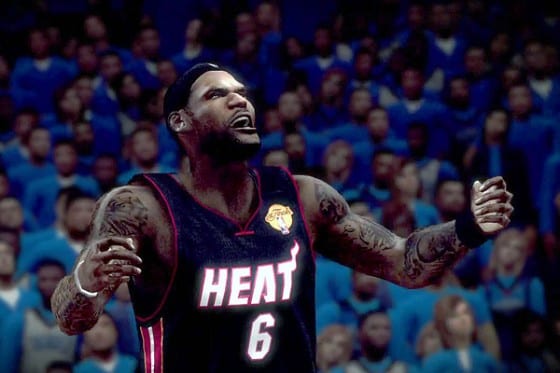 The Big 3 came out stronger than ever before in the season with LeBron James posting up 43 points, 4 assists, 9 rebounds while Dwayne Wade delivered on an impressive 27 points and Chris Bosh assisted with another 18. The Thunder did their best, with Kevin Durant and Russel Westbrook combining for 30 points the entire game, but a ridiculous fourth quarter rally by the Heat left OKC in the dust.

However, the Thunder were not going to let their home court advantage go to waste. Durant and Westbrook both scored 37 points and brought Chesapeake Arena to their feet. Miami suffered from the inconsistent play that has been plaguing them the entire season with LeBron shooting 7 out of 12 from the field and Wade being a non-factor in the second half. The lack of bench production made the poor play from the starters even more notable. 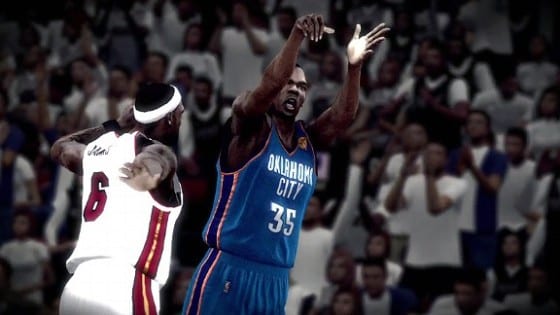 Welcome to the House Pat Riley bought. As expected, LeBron, Wade and Bosh posted video game level numbers (wait a minute…), combining for a ridiculous 81 points, but Kevin Durant took it upon himself to make the starter’s work be in vain. Dropping 43 points and grabbing 11 rebounds, the former Texas Longhorn sucked the air out of South Beach and gave OKC a much needed road win. James Harden helped out with 15 more points and Westbrook with 29, giving the Thunder a notable boost of confidence.

James (36 points, 10 rebounds, 7 assists) and D-Wade (33 points, 5 rebounds, 6 assists). That pretty sums up the Heat’s night. Due to Durant having a rather off game and Westbrook’s impressive effort at  30 points, 7 assists and 4 steals the game came down to the wire, but in the end the Big 3 did their job as the best players in the world and fought the Thunder to a series’ standstill. 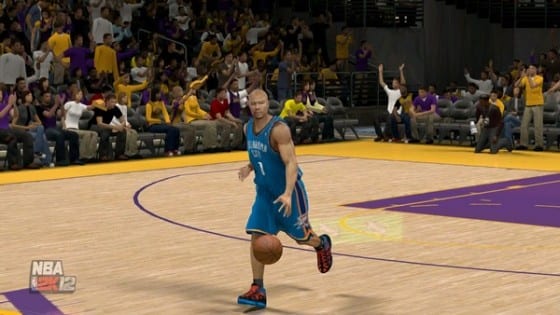 This game was going into overtime until Derek Fisher showed everyone why he is still playing the game at 37. With only 2.1 seconds to go, Fisher used Durant’s screen after an inbound pass to make a clutch, game winning three-pointer. The five time champion did not let the fact he had only scored four points in the game stop him from sending this cold dagger in all the way from Los Angeles. 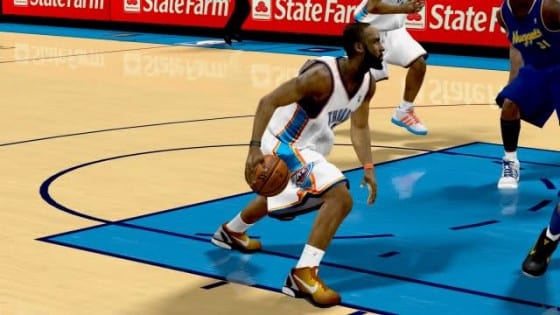 Backed into a corner, LeBron James and Dwayne Wade led Miami with a combined 70 points. Both Westbrook and Durant had stellar games, with 30 and 44 points respectively, but James Harden was held back by a destructive Miami defense to only 6 points. In the end, LeBron went to the line ten times in the fourth quarter, forcing a game seven and delivering in the last quarter like never before in his career. 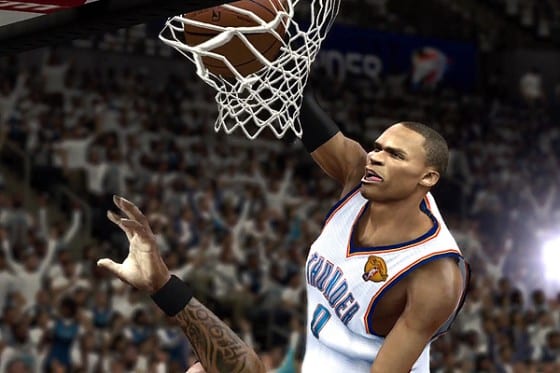 In the end, the old saying proved true: teams win championships, not players. Despite LeBron, Wade and Bosh combining for a monstrous 85 points, OKC used the varied talents of Durant, Westbrook, Fisher and Harden to shut out the Heat and win their first final since they were in Seattle. Their stellar defense made the Heat bench more unproductive than usual and despite the fact that the game was tied at the end of the third, the Thunder took the championship with force. 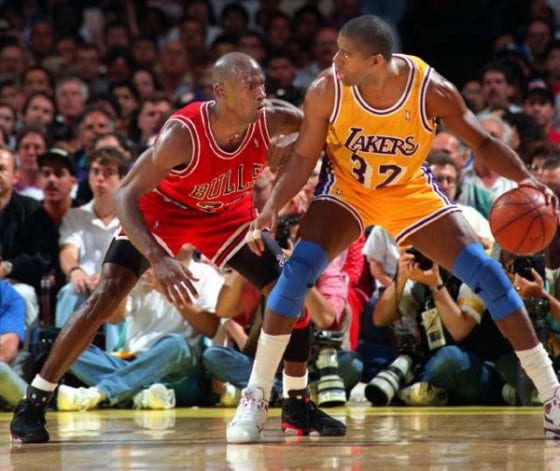 Yes predictions are fun, yes video games are even more fun. Putting them together should be the most fun thing in the world! However, for a few times each year, reality can be more fun than any of these. Some of the most inspiring and talented athletes in history are about to clash for a chance to win permanent glory. So set aside all debate, put down your simulations, and enjoy some of the best basketball we will ever see. This is going to be a good one.

To catch the NBA Finals just go here: http://espn.go.com/watchespn/index/_/source/espn3/ or tune in to ABC.