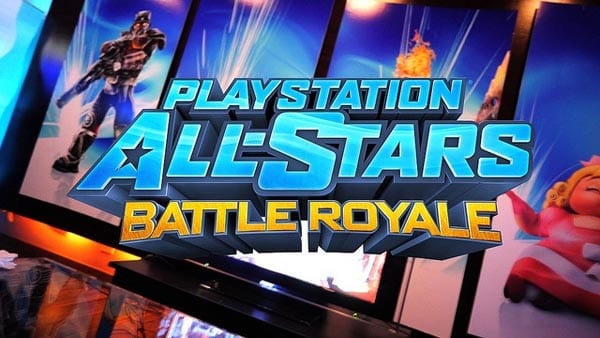 LOS ANGELES — It was inevitable from when it was announced that PlayStation Allstars would draw comparisons to a certain other mascot friendly fighting game, in fact — the title has been dubbed “The PlayStation smash Bros.”Sure, the premise is the same, but PlayStation Allstars feels a lot more like a traditional arcade game than anything else.

For our hands on time with the game, I took control of the newly announced Big Daddy from the Bioshock series, while our Gaming News Editor Giancarlo controlled Sly Cooper. A member of the development team took Sweet-tooth while the fight was rounded out by an AI controlled Kratos. Right from the get-go it became evident that Allstars is no button masher, instead its a deceptivley complex system of timing and risk vs reward. As outlined in the Sony press conference, the more success you have in a match, the more your super move meter goes up.

Each character has three super moves, the first being slightly more powerful than standard moves, the second being a bit more powerful and the third being a match changing move that changes the pace of the entire match. Big Daddy’s third level move for instance results in the entire screen being flooded with water, and everyone except of course for the Big Daddy becoming vulnerable.

Matches are scored based on kills VS deaths in a timed period. I came out even, with four kills and four deaths, which I thought wasn’t bad until I noticed Giancarlo had five kills, to three deaths taking the match. To my credit, Giancarlo had taken the time to play — as Sly Cooper– during yesterday’s show. You know, while I was slaving away..doing work.

Perhaps that’s what makes Allstars such a compelling experience (to be fair, it’s the same thing that makes Smash Bros so compelling to begin with), matches constantly boil down to that last second, that last move, making it the perfect party game. At the same time though, it’s also a deceptively deep experience that you’re going to be able to pour a lot of time in to.