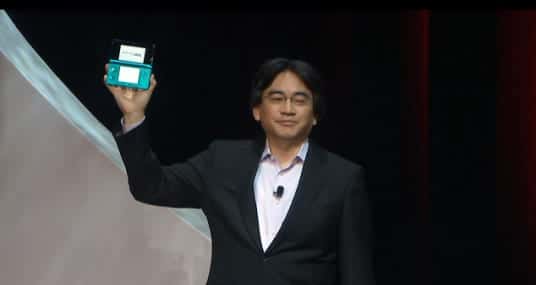 The 3DS’s unique features including its gyro-controls, camera, and dual-screens seem like the perfect ingredients for making a Nintendo game that feels new but still retains that nostalgia and familiarity we’ve all known for years. The 3DS has been out for a little over a year now, so it makes sense for Nintendo to continue to capitalize on its technology and create a few games now that would benefit more on the 3DS than on the Wii U. Just look at the Big N’s 3DS plans for this E3.

E3 2012 will showcase a few 3DS games players have been anxiously waiting for, and if you think about it, we have played versions of them before. Kingdom Hearts 3D, Luigi’s Mansion, and even Animal Crossing all started out on consoles and instantly became popular with mainstream audiences and will now see new life on the 3DS. We’ve dug a little deeper and picked out a few other console games that we think could benefit from a 3DS sequel.

Ah, Wave Race – one of the launch titles for the N64 that not only made watersports something to talk about but also showed off the system’s chops. Now, imagine playing it with crisp 3D graphics and with friends online. While the original offered split-screen multiplayer and a few extra modes aside from the single player tournaments, it didn’t really give us more than that. A 3DS version could offer online tournament modes, ghost racing, and the ability to have quick matches with friends via Street Pass.  Back then, online play wasn’t in yet, but now it’s almost a requirement.

Star Fox 64 3D played well on the 3DS, but it was, after all, a remake of a linear Nintendo 64 game that came out back in 1997. It was too short, and didn’t offer online multiplayer. A game like Rogue Squadron not only includes lots of challenging missions and worlds to explore, but a 3DS version could easily be what Star Fox 64 3D was not. Offering crystal clear graphics, gyro controls, and Nintendo Network matchmaking, an updated version of Rogue Squadron could finally bring the Star Wars universe to Nintendo’s handheld that doesn’t consist of just LEGO pieces.

I remember the first magazine ad for Gauntlet I saw had four people holding up four different colored GameCube controllers in the air. This was referencing the game’s local co-op mode that let up to four players partake in the hack-and-slash action together. See, that was ten years ago and local co-op wasn’t that big back then. It’s safe to assume that a 3DS version of the game released now, however, would give us online co-op too. Just think of the possibilities of being able to play it with online friends and strangers – maybe even chat with them as you plunder dungeons and pick up treasures together. Heroes of Ruin is doing it, so why can’t Gauntlet?

Mario has seen his name next to almost every time of sport there is, so it was no surprise to see him head to the batter’s box back in 2005. A sequel to this game was released on Wii, but it only offered motion controls that didn’t do much to separate it from the original. A 3DS version of the first game mixed in with the large selection of characters from the Wii sequel could actually be a winning combination. Not only could a 3DS version of the game take some lessons from Mario Tennis Open and implement a robust system of unlocking team equipment and gear, but Street Pass could even let you trade what you don’t need (including teammates) with friends. The game could also offer elaborate leaderboards that track your own team’s wins and losses and how you stand up against players around the world.

6 – The Legend of Zelda: Majora’s Mask

Ocarina of Time 3D worked perfectly on the 3DS, and it was great to see Nintendo give the classic N64 title a complete facelift without changing a thing about how the game was played. Sure it may be a remake, but sometimes fans just want something nostalgic to play on their free time. And speaking of time, creating Majora’s Mask 3D wouldn’t take that long at all considering the game is built using Ocarina of Time’s engine. Nintendo could also give fans a bigger incentive to get the 3DS version by including a Master Quest mode just like they did for Ocarina of Time. Trust me. People will buy it.

A classic puzzle game is a no-brainer addition for the 3DS. The game started out in Japan as Panel de Pon, and then hit US shores under the name Tetris Attack, which replaced the Japanese version’s characters with more familiar Mario personalities like Yoshi and Lakitu. The DS even saw its own version of the game minus the colorful cast of characters. The logical next step is to release a 3DS version that would not only look great in 3D, but could include AR puzzles like those seen in Tetris Axis – online modes too, of course. Plus, if Nintendo really wants to please fans, it would find a way to bring back the catchy music that made the SNES game such an addiction to play.

The only Kirby game for the GameCube was a racing title called Kirby Air Ride. Using Kirby’s copy abilities, players could suck in enemies and gain their powers mid-battle. The game had a great soundtrack and a few unique multiplayer modes including City Trial, a race that had you collecting items around a giant map to build your ultimate machine for battle after the race ended. Gyro controls would be a great addition to the game, and while optional, they could make races even more challenging. 3D effects could also complement the game’s already colorful graphics, while online modes would no doubt enhance the game’s replayability. Kirby has yet to see a 3DS game for himself, so a sequel to his only racing game could perhaps be one of many ways of celebrating his 25th anniversary.

Here’s a game that could really benefit from the new Nintendo Network system. F-Zero is all about racing through high-speed courses and trying to destroy your opponents while doing so. Why not add an online tournament mode and the ability to have quick Street Pass races like those seen in Mario Kart 7? A 3DS version could also let players create their own quick tournaments, something the cart racer doesn’t offer. The GameCube version of the game had a great craft creation mode that could be improved by simply letting players trade parts and win them via online matches. F-Zero games are a bit difficult to master and seem to target an older audience of gamers, so why not give the fans a game they’ve been wanting for quite some time now?

Remember playing through the game and suddenly seeing an on-screen error message? How about watching your character’s limbs fall of his body or cockroaches start crawling past your television screen? Pretty freaky, right? Especially if you were playing it in the dark. For those who don’t remember this GameCube gem, Eternal Darkness tested your sanity by creating strange occurrences as you played through the game. The lower your character’s sanity bar was in the game, the higher the chance you’d be affected by it. 3D sanity effects could look even scarier, and the 3DS’s AR technology and camera could provide new ways to enjoy the game. The game could still be a third person action-adventure full of puzzles to solve and corpses to slaughter, but gameplay features a la Spirit Camera could elevate it to a whole new level of insanity.

When the 3DS first came out, Pokémon Snap was one game I wished would receive a 3D facelift. The game consists of taking pictures of Pokémon through various on-rails worlds and collecting them all in your photo album. The better the pose, the clearer the shot, or the more of the subject you captured, the better your score would be. For fans of the handheld games, Pokémon Snap essentially let them capture Pokémon in a whole new way. A 3DS version would not take advantage of the gyro controls to actually let you move your device around you to take pictures from better angles, but being able to share your pictures with friends, save them to your computer, or even upload them online offers plenty of new possibilities. Taking it one step further, a sequel could also use some of the voice command features of another N64 title – Hey You, Pikachu! – and make them work to its advantage. Plus, the original Pokémon Snap came out back when the Pokédex totaled at 151, and thus wasn’t that long of a game. Can you imagine how big the game could be now that there are 649 of these critters running around out there?

What 3DS games do you want to see at this year’s E3? Let us know below and follow our coverage throughout the week here and on Twitter!