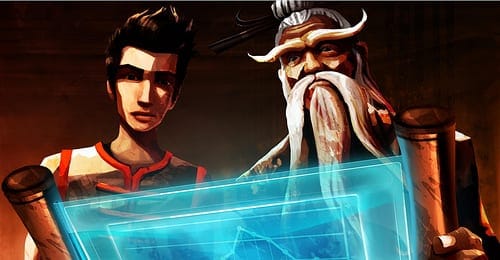 KickBeat involves keeping the beat going by tapping the Vita’s face buttons, while your character engages in battle against a throng of opponents. Depending on the direction the enemy is coming from, you’ll have to press different buttons for your fighter to kick or punch in that particular direction. The game’s soundtrack consists of 18 tracks across multiple genres and includes big named artists like Pendulum and Rob Zombie, and you’ll also be able to import your own music collection into the game.

“Kickbeat is a showcase example of passion, risk and creativity. Traditional publishers might shy away from this type of thinking, but we will embrace it.  After all, what’s the point of working in video games if you just keep making the same one?” said Zsolt Kigyossy, Managing Director for Zen Studios.

Just yesterday, Kung Fu Superstar was announced for Kinect, so not only does KickBeat give us another way to experience kung fu action, but it also gives Vita owners another game to look forward to. We’ll let you know what we think of KickBeat when we get to play it at E3.